I’ve got a powerful and slightly conceptual track premiere for you today. Powerful, because, well, it’s Siavash Amini, the Tehran-based Iranian ambient and sound artist whom I’ve been following for about a decade now via his releases on Umor Rex, Flaming Pines, Opal Tapes, Room40, and the Swiss Hallow Ground imprint, the latter of which is putting out this record, titled Songs For Sad Poets on September 23rd. Conceptual, because the collection of eight tracks is inspired by the “legacy of the so-called cursed poets (»poètes maudits«) as well as the German-language tradition of song cycles and expands the structure of the classic art song through a process of lyrical abstraction.” On this album, Amini is collaborating with the New York-based author Eugene Thacker, who supplies the poems which intricately weave themselves into the dark, brooding and desolate drones. But the words here are not spoken. They are expressed by virtue of this sound. Spending over nine minutes with this piece while reading the printed poetry really sets the mood, accompanied by music [I’ll embed the image of the piece below]. Words like “wilted”, “dead”, ablaze”, “withered”, “black”, and “silent” indeed set the mood for rumbling bass, dissonant howls, and shuffling noise, reflected in music, reflected in words. Together, the two creators deliver a project focused on the idea of the “fragility of the human being set against the vast horizon of climate, planet, and the cosmos that produces a ‘sadness without cause.’” “Powerful” is not a word that I throw around lightly – and if you listen to this track, I think you will agree with me. 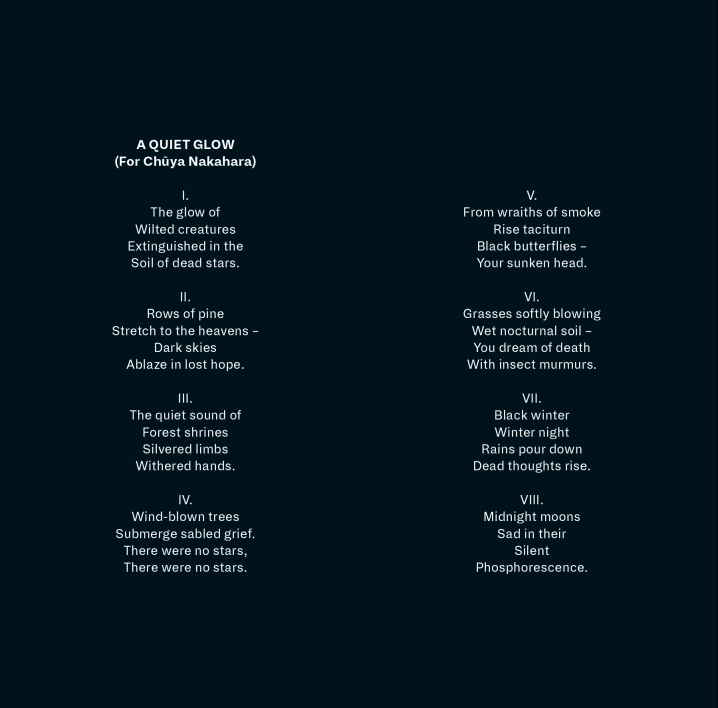 The structure and inspiration for textures of this track (and the whole first volume) come directly from Eugene’s text, but not in the exact order they appear in the poem. Imagine a choir singing some parts of the text simultaneously– in this case 1|5, 2|3 correspond to the first three minutes, 3|4|6 to the more quiet middle part and 7|8 to the ending. There are two tunings used simultaneously in some parts to express this superimposition in a more audible manner. 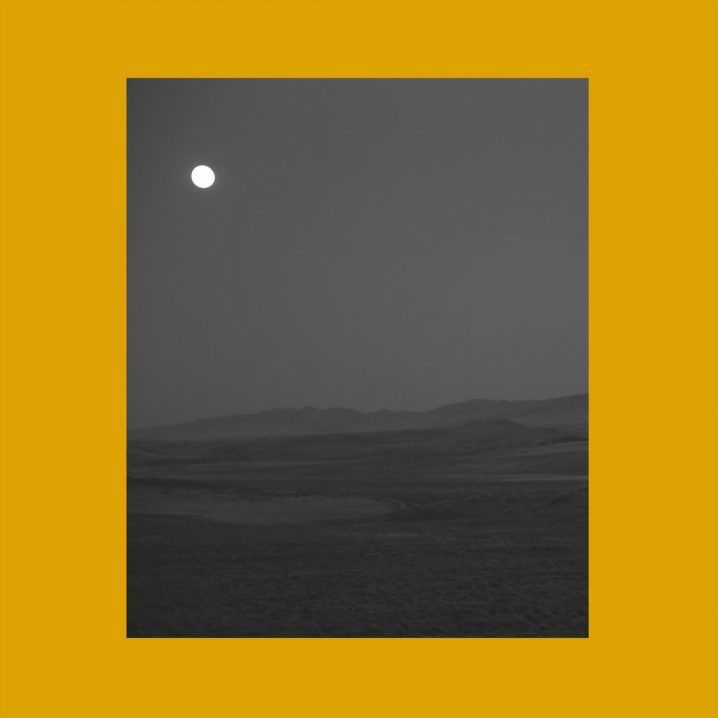 Once again, the album is available on September 23rd, via Hallow Ground. If you noticed, the mastering credits are attributed to the one and only Lawrence English (and yes, that’s very important to mention!). “Powerful” is not a word that I throw around lightly – and if you listen to this track, I think you will agree with me.