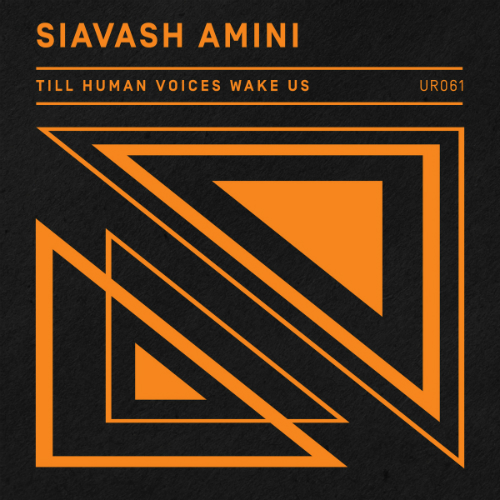 “We have lingered in the chambers of the sea
By sea-girls wreathed with seaweed red and brown
Till human voices wake us, and we drown.”

It is the last line from the final stanza of T. S. Eliot’s The Love Song of J. Alfred Prufrock that the musician/producer Siavash Amini has chosen to take for the title of his newest album on Umor Rex Records. In fact, the entire album is a musical exploration of the predominant themes, motifs, and emotions found in Eliot’s work – not only Prufrock, but also The Waste Land and The Hollow Men.

The tracks on first half of the album are all titled with phrases lifted directly from the poet’s canon and construct a musical landscape as frozen, wistful, and alienated as the words describe. It begins with Eliot’s allusion to death and water from The Waste Land with ‘The Phoenician’ (“Phlebas the Phoenician, a fortnight dead, Forgot the cry of gulls, and the deep sea swell”) and then plunges into emotional depths with one of the most outstanding tracks, ‘Silent Seas’, drawn again from Prufrock and featuring distinctive and haunting ambient guitar sound that Amini has been making very much his own (“I should have been a pair of ragged claws, Scuttling across the floors of silent seas”).

The river sweats
Oil and tar
The barges drift
With the turning tide
Red sails
Wide
To leeward, swing on the heavy spar

A trio of tracks follow, drawn again from The Waste Land, which convey the loneliness and alienation of modern life – ‘The Violet Hour’ (“At the violet hour, when the eyes and back Turn upward from the desk, when the human engine waits“), and ‘The Fog’, & ‘Unreal City’ (“Unreal City, Under the brown fog of a winter dawn”). These tracks are eloquent and delicately layered, but underneath their wintry tone they are churning with pent up and languishing emotion. It would be hard to imagine a more spot on sonic interpretation of silent yearning and muted anguish.

In the second half of the album, Amini alters the gloomy trajectory of the typical outcome for an Eliot protagonist and weaves his own narrative into the sequence. A softer, more ethereal tone is introduced with ‘Yelena’s Theme’. And, although ‘Shade Without Colour’ is taken directly from The Hollow Men (“Shape without form, shade without colour, Paralysed force, gesture without motion”) , a conversation with Amini about the record reveals this track could be seen as a look backwards at Eliotesque feelings before a hopeful step forward. This duality may also be reflected in the title and musical progression of ‘Corridors and Dreams’ (referring perhaps the “contrived corridors” of history from Gerontion?) .

The album concludes with ‘Yelena’ (expanded from a theme to a fully realized song) and ‘The Chair She Sat In’, which could be interpreted less cynically than Eliot intended in the way he used it in The Waste Land (“The Chair she sat in, like a burnished throne, Glowed on the marble”). By the time we have traversed the complete arc, the listening experience is ultimately more redemptive, uplifting and emotionally satisfying.

If you have the good fortune to already be familiar with Amini’s work, you should immediately realize how well suited his style would be to the fertile creative ground he selected and I can assure the music will not disappoint. Till Human Voices Wake Us is a work of depth, finesse, and beauty with a poignant emotional undercurrent that gives it as gripping an immediacy as you are likely to find in a genre that is considered to be characterized by its unobtrusiveness. I have never failed to be delighted and moved by his music, and this album is no exception. Umor Rex will be releasing Till Human Voices Wake Us digitally and on chrome tape cassette packaged on cardboard box 100% recycled, silkscreen printed, and limited to 80 hand numbered copies.