I composed my first solo piano album at the end of the day, as my mind was unwinding and my fingers just played. But recently I have been playing in the morning. Usually, after my very early 7am walk. This started during the lockdown, of course. I developed a routine, whereby I would set out for a hike in the morning, while the people are sleeping, and the sky is still dark. I’ve timed it with the sunrise so that the world opens up as I take in the colors, the fresh tranquil air, and all of the sounds – usually of the birds and occasional barking, as the pups chase the squirrels through the grass and the leaves. Coming back into my home I pull back all the curtains, put on some incense, and start playing music. This is also when I write all these words, as I’m doing right now. And it all goes together, with the scents and the sounds, and this gorgeous “Dawn Chorus” from Luke Gajdus today. This composer is a new name to my listening roster, but we have met before, long ago now, through Headphone Commute. And unlike all the promos I often receive that just shout “play my music,” Luke’s personal letter was tender and touching, perhaps like his music, and so, here we are. I hope you enjoy this video as much as I have, and connect with the music through more than just sound.

I love finding correlations between nature and man, and the realisation that we are one and the same. The movements of water in rivers, streams and oceans, of clouds, of swaying trees, of changes in season, of the transition between night and day all spoke as an analogy of shifts and movements in the human mind, which served as an inspiration for many of these pieces. It is in nature that I feel most connected and balanced and I endeavoured to reflect this in the music. 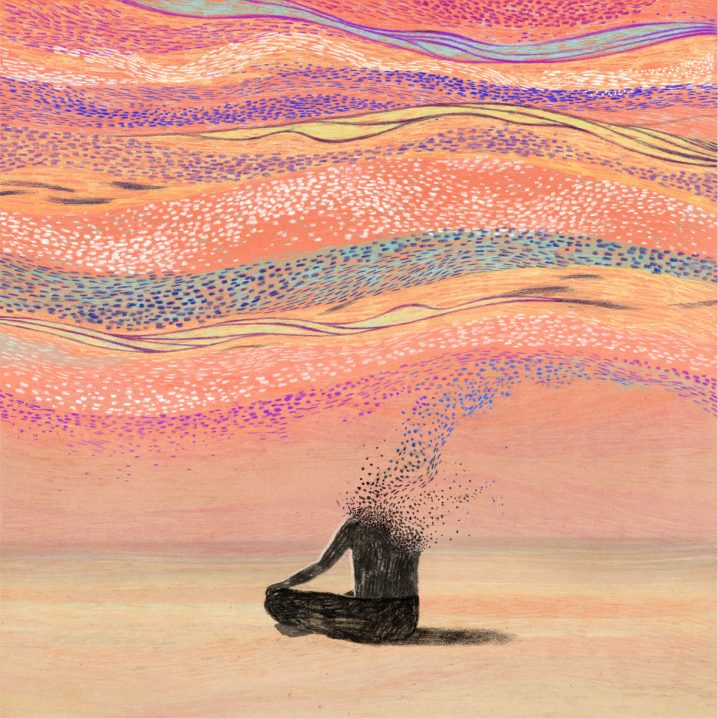 Luke’s album, titled In Breath was Mixed and Mastered by Martyn Heyne in his Lichte Studio, and will be out in February via this Bandcamp. The single and this video are out today.