“… combining synthetic textures with organic sound, and merging the familiar with the unknown…” 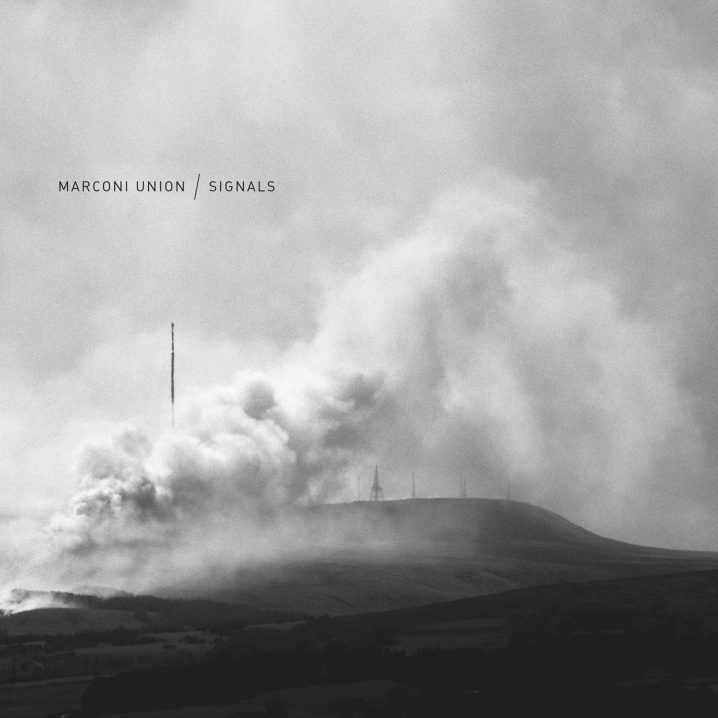 This morning I woke up with the gnawing realization that I haven’t listened to any post-rock this entire year. Somehow the current situation that we’re all in led me to play through more ambient, calming, and introspective tunes, versus a post-apocalyptic grey sonic wall of sound, which blows through the empty alleys on a frigid November night. I wonder why… Somehow I have missed the latest release from MONO (it’s called Pilgrimage of the Soul), Mogwai (see As The Love Continues), and, of course, Godspeed You! Black Emperor (you may need to hear G_d’s Pee At STATE’S END!). In fact, this morning I ended up digging through all of the above and preparing to write a little Sound Bytes column dedicated to the genre. And then I remembered about Marconi Union, which is celebrating the release of their new album today! It’s all related, you see, because this Manchester-based trio of Richard Talbot, Jamie Crossley, and Duncan Meadows, decided to invite a group of different drummers to contribute to their latest genre-boundary-blending soundscapes, and create seven beautiful tracks that span textured ambiance, melodic electronica, and, dare I say, percussion-driven post-rock. In any case, I don’t promote to label music or pigeon-hole a style – suffice it to say that on this brisk November morning, Marconi Union truly hits the spot!

Forgive another blatant quote which I have lifted off the press release, as it gives some background on the direction of this release: “For the new album, Marconi Union were inspired by various players like Jaki Liebezeit, Clive Deamer, and Tony Allen, combining synthetic textures with organic sounds. The one-word title is both mysterious and evocative, suggesting a multitude of images that range from high-tech electronic messaging to ghostly abandoned radio stations and even that most basic level of human expression, body language.”

In some respects Signals is a more traditional songwriting album than anything we’ve done before, but it draws on the same techniques we’ve used on our previous albums

Although the trio has not frequently appeared on these pages (an oversight I may correct in future time), I have, nevertheless, been a true fan of their eclectic output throughout the years, going back to the late 2000s with the releases on Ochre, All Saints, and BineMusic. In 2011 Marconi Union got signed to Just Music, on which they have remained for half-a-dozen albums. In 2012 I have selected Different Colours as the best of Music For Missed Friends, Barbecues And Turntables, and in 2016, their Ghost Stations was chosen by the readers of this site. I’ve also spent a lot of time with volumes of their Ambient Transmissions and their last release in 2019, titled Dead Air. Having captured and digested the two-decade-spanning catalog of a project that has gifted us with music, I can say that Signals is a favorite so far.