With a stressful week behind me, feeling a bit in a reflective mood, I sit down to revisit some of my favorite ambient pieces, as featured in Headphone Commute’s Best of 2009 : Music For Bending Light And Stopping Time. A few of my selections have not been previously reviewed on these pages – and, truly believing in the timelessness of music, I reflect on each release in this installment of Sound Bytes… Besides my flashback to these albums this morning, I have also re-listened to them back in March, while I was away on my vacation. Back then I wrote these words: “I sit on the beach and melt into the horizon, the sound of this water mixing with the sound of that in my headphones, creating an environment my mind strives to record, to be played back at a later time along with this music. If only I could package away this air to fill my lungs, the way the sound fills my ears.” Perhaps I was able to succeed in capturing the feeling after all… As the music plays, I can feel the warm salty breath of waves on my skin… I hope you enjoy this entry… 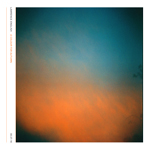 In my first revisit to the best ambiance of 2009, I turn to Lawrence English and his last masterpiece, A Colour For Autumn. More than a year has gone by since this 12k release, and yet another fall is here, just as gray as the last one, begging for some touch of color, even if it’s in the mid-range frequencies. Australian sound artist, Lawrence English has already released many amazing of albums on his very own, Room40 label, as well as our favorite Touch and of course, Taylor Deupree‘s 12k. A Colour For Autumn seems to follow in the footsteps of his previous release, For Varying Degrees Of Winter (Baskaru, 2007), thematically tailored for seasonal transit, cycles, and weather. “Like all environmental phenomena, seasonal variation is highly localized, and expressed not only visually through vegetation etc, but also sonically as insect life, leaves under foot and fauna all change in response to the climatic shifts.” Bathed in field recordings and micro-tonal ambient pads, the sound at times swells towards harsher edges, then retreats with acoustic textures. Synthetic blends with organic, as the continuous beeping of the telephone’s tone, blends on top of guitar strums and synth sweeps. Recorded during two years (2007-09), each piece serves as an “auditory portrait” (a produced version of our Sound Postcards), capturing a unique experience of Autumn from the southern hemisphere. With a few contributions from Dean Roberts and Christian Fennesz, this album shall soothe and warm the weary bones in the windy days to come. Check out the recent releases by Lawrence English on Touch – Incongruous Harmonies as well as his latest collaboration with Minamo on A Path Less Travelled (Room40, 2010). 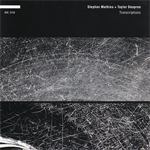 In this amazing collaboration, German based Stephan Mathieu and American proprietor of the lovely 12k label, Taylor Deupree, join forces to create a meditation on transcendence, passing time, decay and history. “Delving deeply into the history of the earliest recording methods through mechanical phonographs, Stephan Mathieu created a method using wax-cylinders, the predecessor of records, as well as 78s, which have a larger frequency range, to create his music through playback of these pieces of musical history. […] From this result, Taylor Deupree worked with the recordings, adding acoustic instruments and vintage synthesizer; adding-to, while still maintaining the physicality of the 78s, opening the range of the tracks through unalloyed analog contributions.” Listening to the first track, “Nocturne”, is like eavesdropping on a distant carnival only to be muffled by the constant drone inside my head. As if I’m peering into the outside world from the confinements of a prison cell of sound, occasionally bombarded by audio hallucinations. Multiple layers are fighting to dominate their individual frequency space. One is undeniably organic, while the other is synthetic. A bit atonal in nature, the music is soothing, as if the wind is blowing through digital flutes, singing bowls, and wind chimes. “The result of the century-apart sources combined with the methodology and talent of these two leading experimentalists creates an immutable, impressing magnetism, while still balancing so gently on the vibrations of the decayed, and the frail humanity of the past.” Released by the Japanese Spekk, the album lands on my list of Best of 2009 records. Be sure to also pick up Mathieu’s Radioland (Die Schachtel, 2008) and Deupree’s latest Shoals (12k, 2010). Highly recommended! 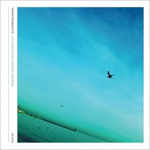 Over the thick textures of organic pads, low rumbling of a record player, and conscious tended piano notes, Thomasz Bednarczyk builds ten pieces of ambient fragments, all as elusive as they are persistent. Field recordings of uncommon spaces and public places occasionally poke through the background, only to recede again. The miniature compositions on the album are meticulously sculpted and then repeated to let you fully bathe and soak in the sound. The track, “Autumn“, comes in with a driving bass at its base of constant harmonic soundscapes, while “The Sketch”, incorporates processed piano chords, gently glitching through the crumbled vinyl clicks, until a few intricate phrases sweep over the field recordings (provided by Sawako), and then fade away. Let’s Make Better Mistakes Tomorrow is Bednarczyk’s third full-length album.  His previous two releases, Summer Feelings (2008) and Painting Sky Together (2009) were both released on Lawrence English‘s Room40 label. The album is split into two sections: “The first half of the album floats like a pellucid veil: higher frequency whispers, surface noise and glassy textures create light, calm drones, and noticeable bass tones aren’t heard for nearly 20 minutes… The listener is then presented with the final four pieces, which descend into deeper territory. Darkness and murky frequencies prevail, and the surfaces become more distressed and stormy, finally submerging to ‘Night’, which closes the album with its languid, sleepy bass loop that lulls away to silence.” Once again, a winner for 12k!