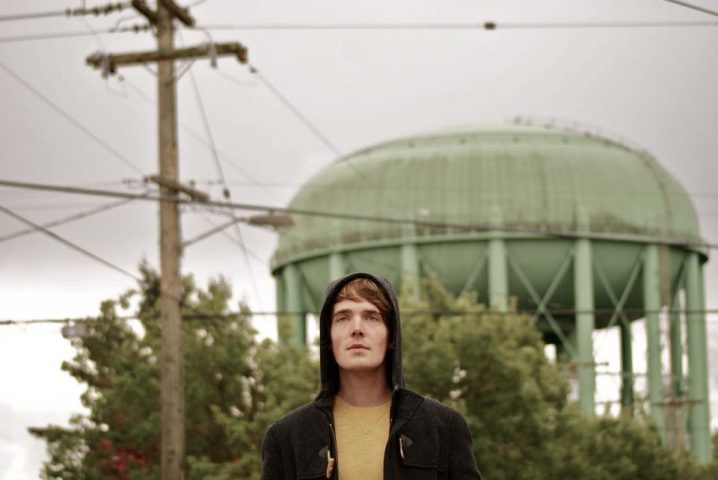 Lets start at the very beginning. Can you tell us how you got involved in composing, and what was your very first piece of gear?
Technically it would have been the piano – I was started on lessons around the age of 5 and sometime after that I realized that anything sounds good if you play it all on black keys… So my first original ‘compositions’ were in that mode… Black keys and sustain pedal. We sold our piano when I was a teenager, because by then I was more focused on drums and guitar, but over the past several years I’ve wished to have a piano at home, which is problematic when you’re an apartment dweller…

How many different studio iterations have you gone through, and what does your final setup look like right now?
I’ve always kept it pretty spartan; as a teenager I recorded on a Tascam Porta02 4-track with a crappy Zoom 505 effects pedal and RadioShack microphone… I played an off-brand steel-string acoustic and an off-brand Gibson-style electric, and bashed on my drums just to make a sound. Nowadays I use a simple setup of 4 pedals including a loop station, as well as a Vox AC15 amp and a bunch of pretty decent Fender guitars, all recorded to tape and arranged in GarageBand because it makes more sense to me than most software I’ve encountered otherwise. 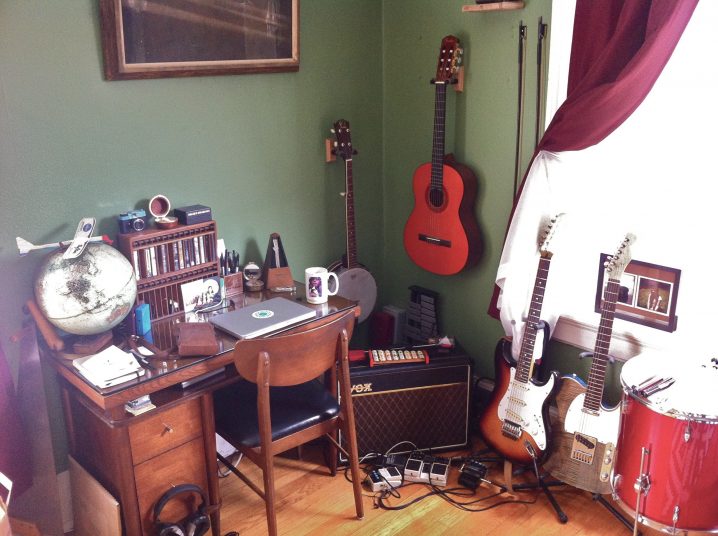 So, would you say that is your favorite piece of software?
I stick with GarageBand because it does everything I require and intuitively, it makes total sense to me. Even though it has its limitations in terms of number of tracks in a file, etc., I have found ways around that when my needs are more complex. I greatly prefer simplicity and encourage artifacts/errors in the process of building a track.

Tell us about your favorite piece of hardware.
Probably my Fender CG-7 classical guitar, which I found in the basement of my apartment building in Ann Arbor, around 2005. I made sure it didn’t belong to any of the other tenants, and it ended up being my most-played guitar after that. It’s got such a nice warmth about it, and size-wise it fits me perfectly. I’ve written and recorded 3 of my albums for Kranky primarily on that one.

Is there a particular piece of gear that you’re just dying to get your hands on and do you think one day you’ll have it?
I don’t do much in the way of research like gear-heads might, so there’s nothing I’m really dying for… In general the way it goes for me is that, in the process of touring or meeting other musicians, I’ll encounter an instrument or piece of gear that I see in action and think, “Dang, that would be super useful” which is when I consider making it a part of my setup. That was what happened with my harmonium, for example. 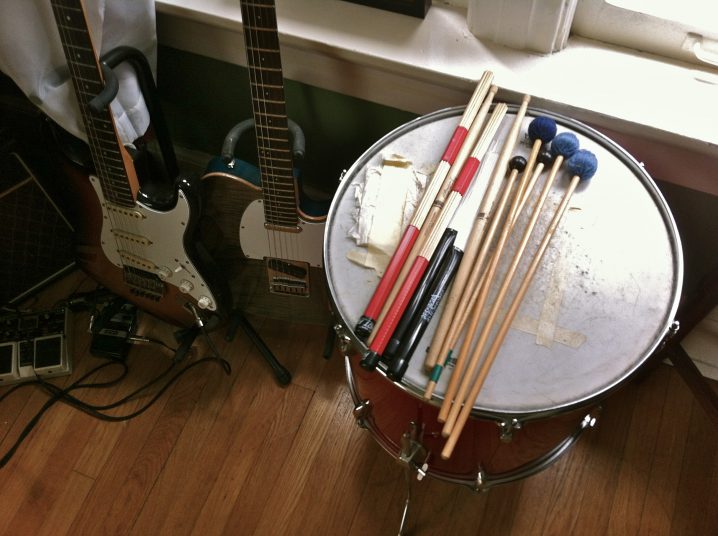 Can you please share some aspects of sound design in your work?
Much of the overall sound comes from the use of microcassette tapes and reel-to-reel tape, that round-edged warmth and softness… But I try not to rely on that completely, so when arranging things on the computer through GarageBand I try to incorporate as many complementary textures as possible, creating a kind of weaving of hi- and lo-fi that makes sense to me, since the world around us exists in both of those modes concurrently anyway.

Any particular new techniques that you tried out for your new album?
For ‘Sonnet’ I pretty much abandoned all the digital effects that I would normally add in with GarageBand, so all the distortions/effects/delays are from a few simple guitar pedals… Because of this I also kind of forced myself to find creative solutions to get the sounds I wanted, so it was probably the most experimental recording phase I’ve had in quite a while. One day, for example, I took every potentially useful thing from the kitchen that I could find, and made as many different sounds as I could with them by themselves as well as with guitars, kalimba, tapes, and so forth. I also became pretty fearless with my physical treatment of tapes, and ended up ruining a lot of cassettes and reels in the process, but it was a lot of fun.

What does your live setup look like, and what do you bring with you when you travel for an extensive tour?
Since most of my output to date has involved vocals and guitar, that’s what I typically base my live show on, unless someone specifically requests an instrumental thing… So I usually strip things way down to guitar, voice, loop pedal and delay, often with a little bit of tape or vocal manipulation as an accent. Consequently I’ve been able to tour in Europe by train with just a guitar case and backpack, which is quite nice and low-pressure. 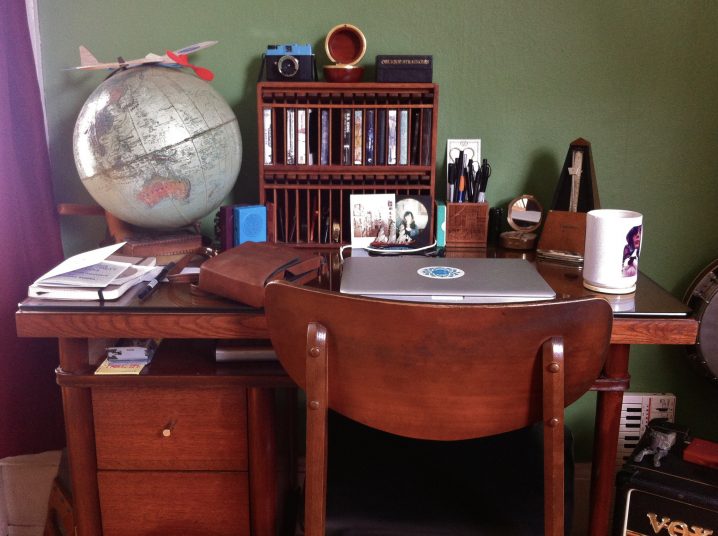 What is the most important environmental aspect of your current workspace and what would be a particular element that you would improve on?
We moved into a much bigger flat than our previous one at the end of last year, so the biggest asset has just been the extra space… It’s situated in our living room so I’m surrounded by all the beautiful things that my wife and I (but mostly her) have collected over the years. But again, just being able to breathe is a big deal, and like if I get a good loop going on the amplifier I can walk to the other end of the apartment or into the other room and zone out on it, or record it through the wall, that kind of thing. My needs are fairly few, so I can’t think of anything greater to which I aspire or that I feel I ‘need’ right now…

What can you tell us about your overall process of composition? How are the ideas born, where do they mature, and when do they finally see the light?
This happens in a lot of different ways for me – if it’s a guitar-and-voice song, those two things always come first and the piece is built up in the process of recording and toying around with melodies and ideas and percussion ideas. With instrumental work it usually starts with a chord or two and then an extended improvisation around that. Most pieces for ‘Sonnet’ were 90% recorded in one day, but the other 10% and all the finishing touches took weeks of careful consideration after that. 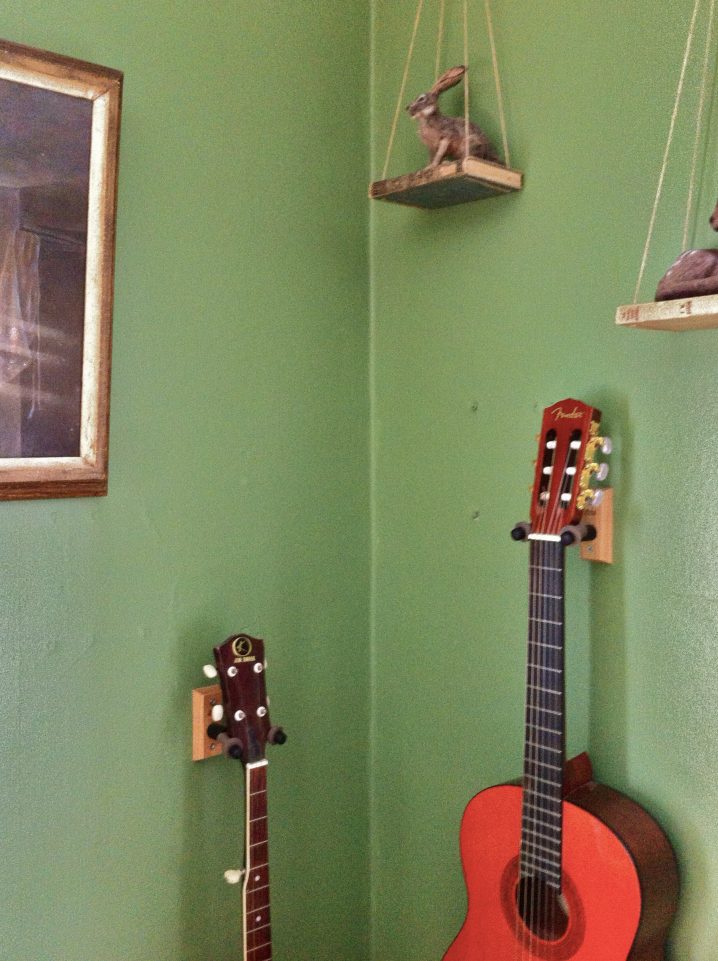 After the piece is complete, how do you audition the results? What are you reactions to hearing your music in a different context, setting, or a sound system?
I’m not a sound professional in the same way as some of my friends like Rafael Irisarri, so I tend to trust people like him to help me tweak errant frequencies or phase issues, that kind of thing. I usually listen on a few different pairs of headphones/earbuds as well as my home stereo and a car system or two, and am always surprised at the differences. But I’m either lazy or just easygoing, because I usually just find myself saying, “Yeah that’s fine, sure.”

Do you ever procrastinate? If so, what do you usually find yourself doing during those times?
I don’t set deadlines for myself generally, so I just wait for inspiration to wash over and then get to work at those times. If I have a commission for which I can’t find the time or that I procrastinate on, it’s almost always just a consequence of feeling inspired to do something else, or other aspects of life getting in the way. We no longer own a TV and I’m not generally easily distracted, so I do my best to be productively engaged for as much of the time as possible, whatever it is that I’m doing. 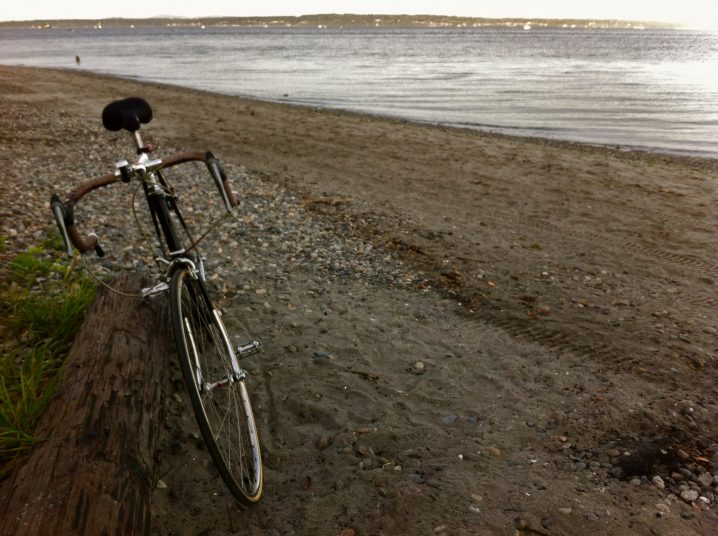 What gets you inspired?
There’s a major range, but most of my ideas seem to appear on long walks or bike rides, like, getting in the rhythm of those two activities just teases little melodies or patterns out of my brain. I almost always keep a tape recorder with me because of the frequency with which those kinds of things happen, and how easily they disappear if not documented.

And finally, what are your thoughts on the state of “electronic music” today?
This is another case where my consumption is based largely on contingency, and also the recommendations of friends… I know there’s a horrible mainstream of dead-behind-the-eyes trancy techno out there that seems to be more popular than ever, but there’s no need to touch on that, because there’s also a huge movement of gorgeous instrumental work to be heard, and I have a hard time keeping up when I’m also focused on my own stuff. Labels like Students of Decay and Holodeck are doing amazing things and I try to follow them as best I can… For all the easy-to-find trash out there, there’s a whole world of thoughtful, beautiful work to be discovered, which I think is wonderful.