Let’s start at the very beginning. Can you tell us how you got involved in composing, and what was your very first piece of gear?
I started out very early playing the piano at age 3. I think my first real composition was something I called “Christmas Waltz” when I was around 7. My first piece of gear was actually a drum machine, a Yamaha RX17. My parents gave it to me when I turned 12 and the year after I got my first synth, a Yamaha DX27 (the affordable version of DX7 without key velocity but loads of pre-sets).

How many different studio iterations have you gone through, and what does your final setup look like right now?
We had a studio built for our band (Kashmir) back in 2001 when we were about to make our third album Zitilites. The record company found out that it was cheaper to build a place instead of booking a studio because we took such a long time making our albums. It was a perfect space for a band with a small drum booth and a bigger space where we had room for keyboards, guitars, and bass, and a little mixing working station. Very creative and inspiring. This is where I started getting interested in recording and started to get interested in ProTools.

A few years later we got a new studio which was bigger and with a dedicated mixing room and more outboard gear. When the band went on hiatus in 2014, I got my own space for film composing. I’ve had various small spaces since then but in 2018 I built my first own studio Klanglandet in Valby, Copenhagen. It is made with the intention to be an intuitive, creative space with most of my instruments hooked up and plugged in. Keyboards, pianos, amps, Leslie, etc. are always mic´d up and ready to be recorded. I have a small recording box for amps and drums and then a bigger multi-room where I have my working station. As a film composer, it is often important to be able to work fast and to have quick access to record whatever instrument that comes to your mind. 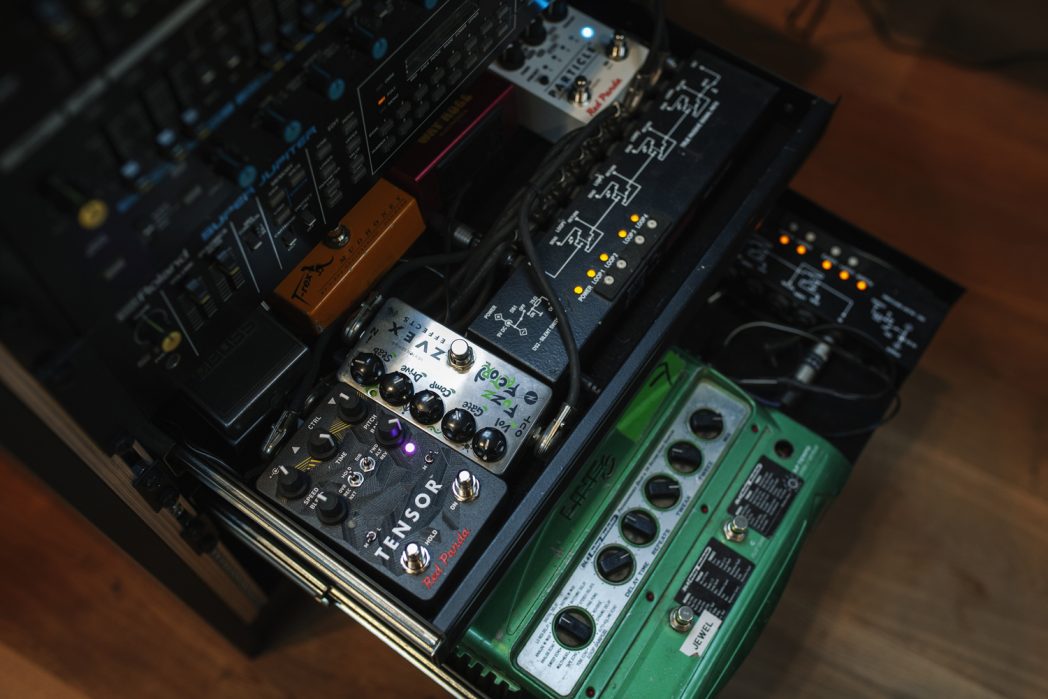 Tell us about your favourite piece of hardware.
That is a tough question. I have a week spot for guitar pedals and lately, I’ve been very happy for Red Panda´s Tensor and Particle. I’ve included them a lot on my latest album and love the way they spark creativity when running them through piano tracks.

And what about the software that you use for production?
My main DAW is ProTools in the studio. I use Sibelius when writing for orchestra. I have a slave PC running all samples via Vienna Pro Server.

Is there a particular piece of gear that you’re just dying to get your hands on and do you think one day you’ll have it?
I am currently looking for a new set of microphones. Last year I bought a pair of Schoeps MK5 which was a game-changer in the way I could capture my upright piano. I´d like to have a pair of ribbon mics as well and I’m interested in trying a pair of Royer labs R-121. 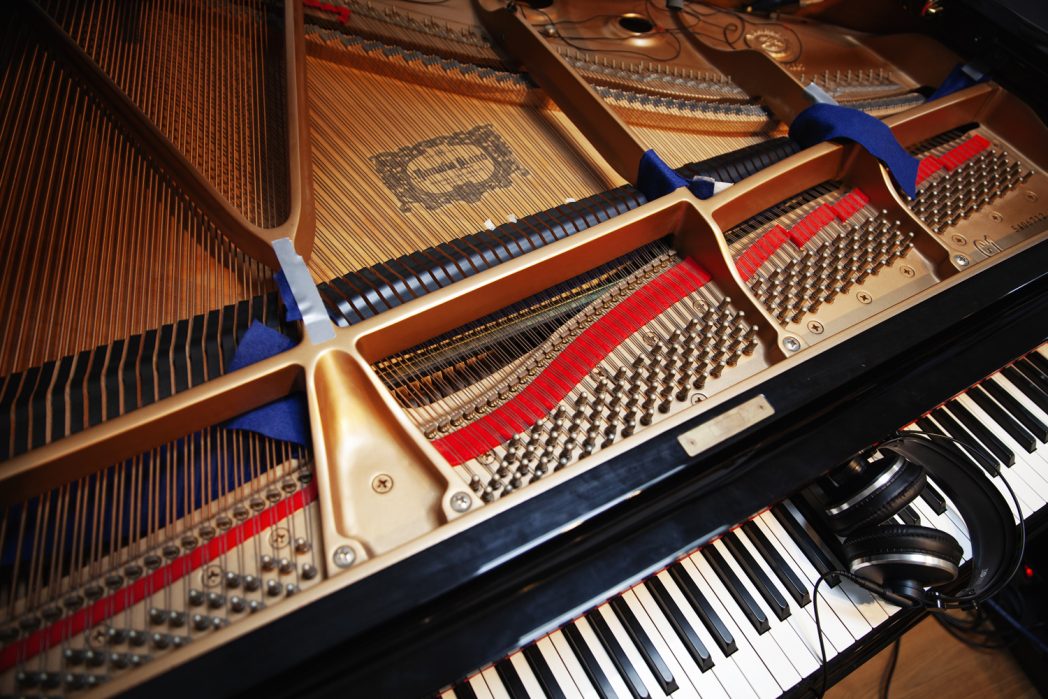 Any particular new techniques that you tried out for your new album?
Since I’m only using the piano for this project, it’s been interesting to try out various ways of recording it. There are so many different approaches and I like experimenting a lot with the mic positioning. For my latest album, I started mounting felt on my grand piano which also called for new mic techniques to capture the full instrument in the best possible way. I often ended up using my Schoeps MK5 combined with my DPA4099.

What does your live setup look like, and what do you bring with you when you travel for an extensive tour?
When I play live I use Ableton Live because of the intuitive use of liveloops. I feed my Fireface audio interface with an SM57 placed on the back of the piano. I use a Behringer pedalboard to trigger liveloops and start tracks. TouchOsc is used on my iPad to control volume and reverbs and a couple of external pedals. It’s taken a while to integrate the computer/iPad setup in the organic universe but it feels quite natural now after a couple of solo concerts and gives me a lot of freedom to incorporate the multi-layered universe for some of my pieces. 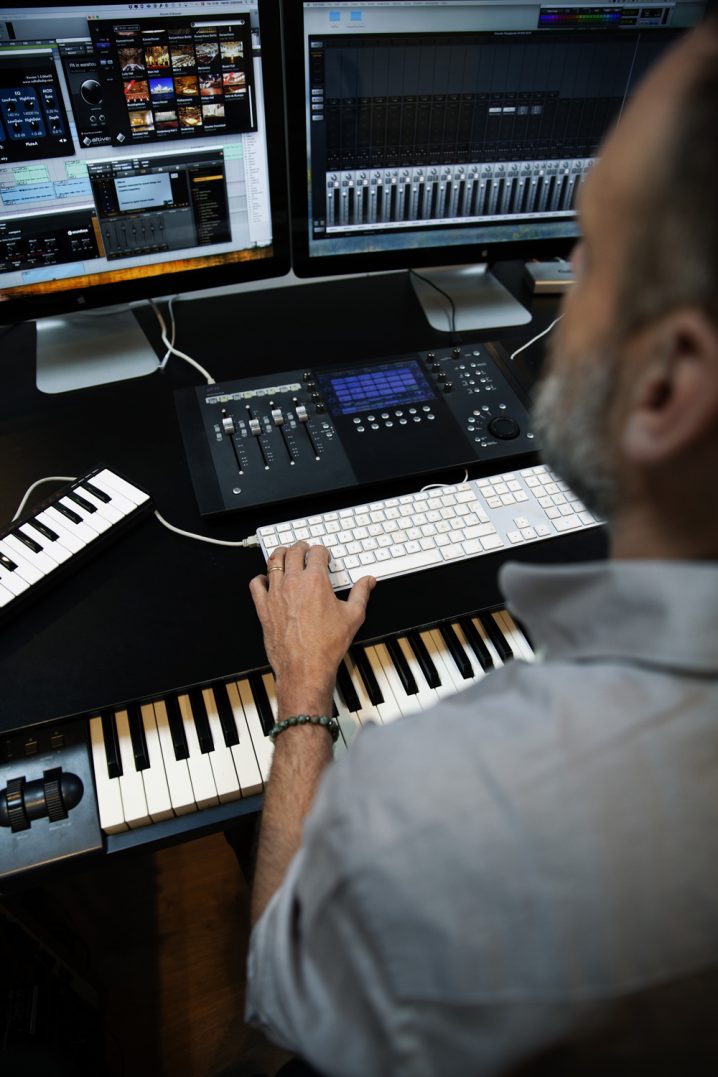 What is the most important environmental aspect of your current workspace and what would be a particular element that you would improve on?
When we built the room it was important that it wasn’t a mixing room only but a place that was alive with a certain amount of ambiance. It needs to be inspiring to play an instrument inside and for instance a string player will depend on the room giving something back. Therefore I’ve had an acoustic engineer measuring the reverberation in order to find the right balance between a live room and a mixing suite. I´d like to improve that even more at some point with a flexible solution using temporary sound-absorbing curtains.

What can you tell us about your overall process of composition? How are the ideas born, where do they mature, and when do they finally see the light?
The most common method I use is to improvise for about an hour or so, and then go back listening and editing the ideas to see if I can build a composition out of something. I try to compose every day. I think that is a good process. Some pieces come very easy but most of the time they evolve from these longer free improvisations.

After the piece is complete, how do you audition the results? What are your reactions to hearing your music in a different context, setting, or sound system?
I find it very useful to invite people to the studio to listen. You tend to listen “through their ears” when you get someone else to listen. Even without saying a word you can tell if a piece works or not just by listening together with someone. 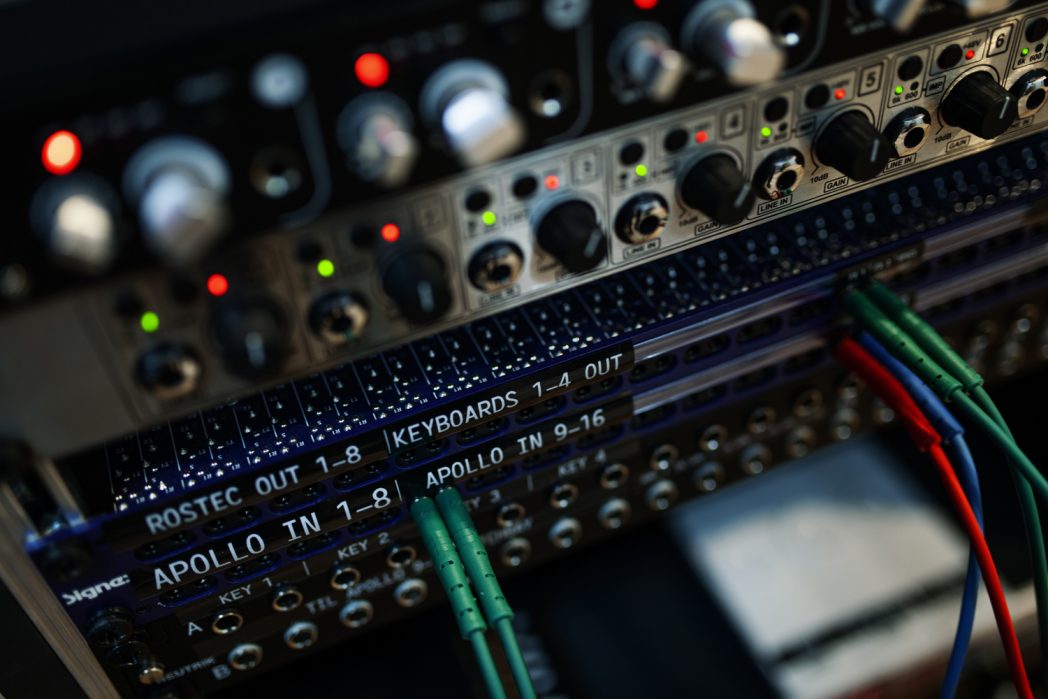 Do you ever procrastinate? If so, what do you usually find yourself doing during those times?
After working many years as a film composer, I’ve learned to work with deadlines and I’ve tried to use that for my solo albums as well. It’s been very useful to put a deadline in the calendar and even book a mixing session in order to put pressure on the process. It is very easy to let things drift if I don’t have a fixed date to aim for. It’s about keeping the focus on the project and stay in the zone. I don’t think projects benefit from laying around for years, but of course, you need to find the right balance and not rush through a deadline if it doesn’t feel finished.

What gets you inspired?
My piano albums have mainly been inspired by my childhood and youth in Sweden and Denmark. Places and people that have been important in my life. Even if the music is instrumental I’ve had images in my mind when composing.

And finally, what are your thoughts on the state of “electronic music” today?
I think it´s hard to define electronic music nowadays. I like the way genres are melting together today. My own music is acoustic in its core but I use electronic equipment to search for a personal expression combined with my piano playing. I think for instance the London Contemporary Orchestra are interesting in the way they incorporate electronic elements with classical instruments into a new expression. 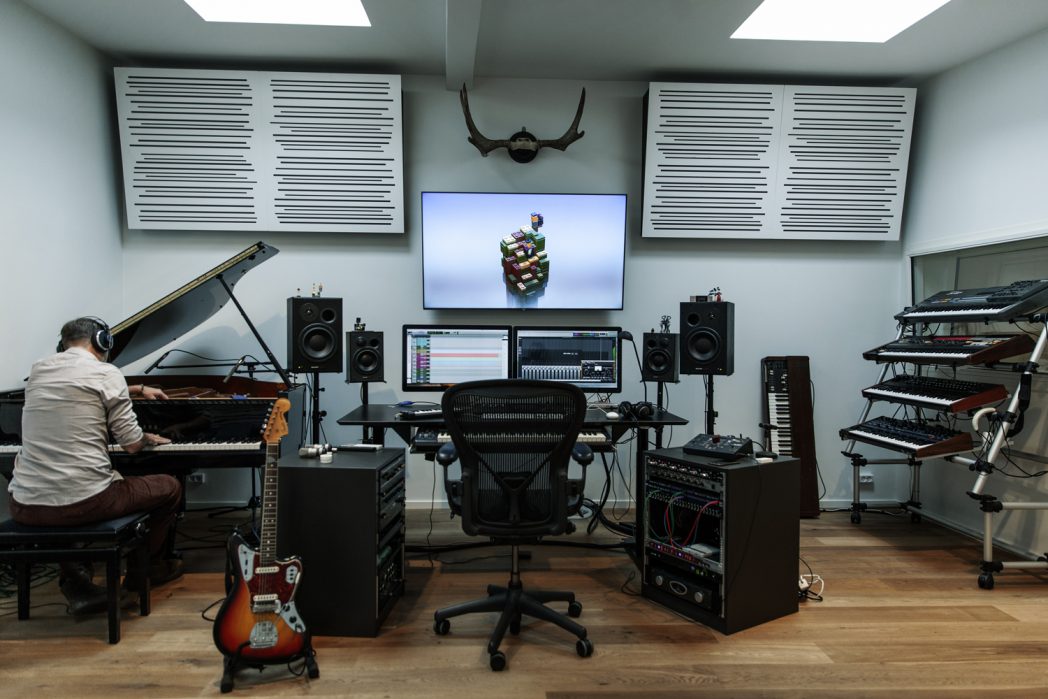