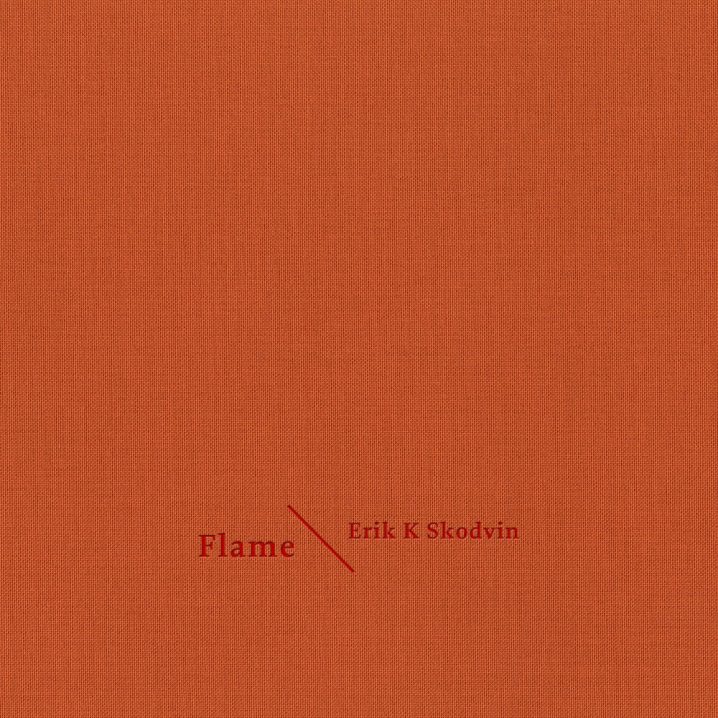 Four years after Flare comes Flame, a sequel of sorts from Deaf Center’s Erik K. Skodvin, also known as Svarte Greiner. Those familiar with the artist’s vast discography know to expect darkness, although the type of darkness varies with each moniker and each release. This darkness is cast in light.

The bright orange cover may lead some to expect a blazing wildfire or factory conflagration. But these pieces are subtle, concentrating on the flame itself: heat, light, flickering. At no time does the music erupt. The fire streams unnoticed through wires, behind walls, beneath embers that appear to be extinguished. Should one experience the fullness of its awful power, one will already be too late to flee.

The embers of Flare smolder patiently, searching to ignite the live branch that will grow into Flame. Within minutes, everything in your surroundings changes, everything you thought it would be, it is not. Building on Skodvins past palette of sound with a quiet intensity, the album moves you further along film-noir backyards and oceanside pathways. On occasion, reverberating synths and rolling percussive moments open up the melancholic drift of the otherwise fairly dusty sounding record.

Accompanying Skodvin in this venture are Gareth Davis on clarinet and Anne Müller and Mika Posen on strings, none of whom are strangers to collaboration. Their contributions lend the album a fuller sound, edging it away from the haunted territory of the prior work. “Shining, Burning” and “Red Box Curves” even boast percussive beats. But the more the album progresses, the more the hints of accessibility recede. This is Skodvin, after all; he’s not about to make a pop album. He’s more interested in textures, from detuned piano to smudged electric guitar. 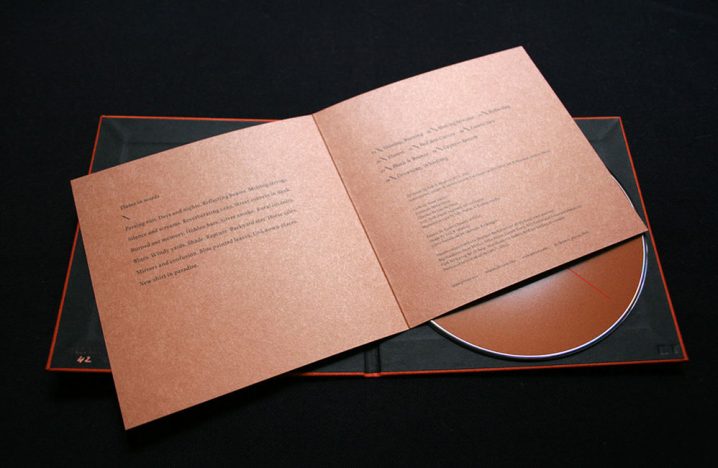 The most appealing track is also the most directly cinematic. “Black and Bronze” opens with a saw before concentrating on the strings. A deep drum sounds a warning. Something’s burning. In this piece, the album fulfills its promise. Ignore the flame or acknowledge it; the flame doesn’t care. It’s content to burn its way across field and farm, using whatever fuel may be provided. “Cypress Reverb” follows in its wake like an elegy. A dark shadow is cast, generated in the light of fire. Skodvin never expected to escape the darkness; now the listener is engulfed as well.

Be sure to also read Interview with Erik K Skodvin

Words by Richard Allen of A Closer Listen