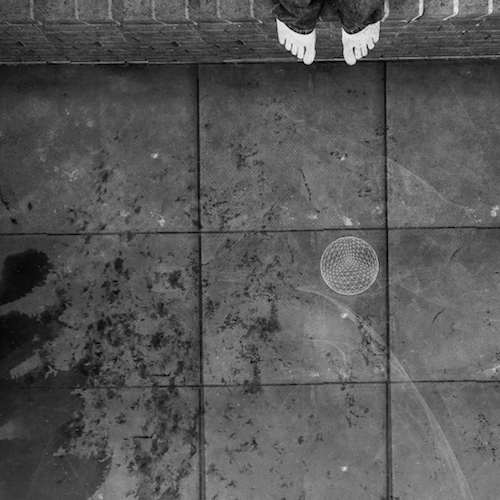 Hi Adam. What have you been up to and where are you spending your summer?

Hey HC, I spent most of my summer in Berlin, and it was winter there, so thankfully I missed out on a lot of the notoriously hot summer of Melbourne.

I was spending time making music and hanging out with Ingmar Koch, Andre Fischer and other people from the Liquidskyberlin crew, and met up with my friend Anklepants too. I did a gig at an excellent club in Berlin called Eschschloraque, played live on AlexTV Berlin as part of LSB_tv and also made a lot of music in the studio space I was staying at @LSB HQ. It was a great experience and I will definitely be going back to Berlin at sometime to do it all again!.. maybe next time I’ll go in their summertime.

Can you talk about the concept behind Still Life?

The concept of “still life” is kinda two-fold, it was born from a number of personal experiences I had regarding the death of some of the most important people in my life. It also considers the traditional artistic idea of a still life painting that is, a painting which represents something real, but in a “still” or lifeless form. The other side of it is, that regardless of death, and pain and suffering that I myself and others have experienced throughout life, I am still alive, and there is “still life”… These concepts informed what I was wanting to convey throughout the album.

There seems to be a particular aesthetic behind the sounds on all of the pieces. What equipment (hardware/software) did you use to generate the synth pads and vocal effects?

I have always used a Hybrid of sound sources, with regard to hardware and software. I very much like the idea that its possible to mix the two realms of “real” and “virtual” sound generation to somehow create something that is “living” from the merging of those two seemingly opposite sides.

I have various hardware units, some old, some new, which I employed in making the songs in still life. I used Ableton Live as a DAW and for the software synthesis side of things, and Elektron monomachine an old Kawai K4r, Alpha Juno 1 and various other lesser known machines to generate sounds which I felt were the right feel for what I wanted to say with the songs.

I always make sounds myself from init, that is I don’t use presets, I find that each idea for each song is best expressed and explored through starting from the beginning and allowing the feelings I have, to be shaped from nothing into something… conceptually and sonically.

My process with regard to making the songs is also essentially a continuation of allowing that feeling to grow as I resonate more and more with the concepts whilst making the songs and the sounds. It’s essentially a jamming process where I will “live” with the song for as long as it takes and eventually, after it feels right and I get the feeling that the idea is as complete as it can and should be, I will record myself playing the song in a one-off take. I don’t like to edit or manipulate the song after that at all, I don’t do a great deal of digital editing, as I feel it’s important to preserve the moments that the song was made in, and let each moment be just exactly what it is.

I’m always mesmerized by the long talk on “Peace Function (Ice To Water To Gas)”. Any chance you can reveal the source of that sample, or at least tell us who the speaker is?

With the song Peacefunction, I utilised a speech that I had referenced some years ago for myself as a way of calming things down in my head when things around both internally and externally seemed to be becoming “too much”.

The file was actually given to me some many years ago by a person who was at the time a good friend and a fellow musician. I felt it was perfect for expressing what I felt was a greater general feeling through out much of society today, and the metaphor for the “fog” seemed to fit exactly what I have viewed many people experiencing in today’s world.

The name of the speech is ‘Deceptive internal dialogue’ by Bruce Frantzis.

The other day I was preparing for an unpleasant conversation, and my mind was swimming with some anxious thoughts. I recognized this phenomenon and began ‘meditating’ by repeating “Mind Control” over and over until the thought subsided. What was your motivation behind this filtered phrase on “MK Symphony 1” and what do you think of my approach of handling the ego…

My motivations for that song on the album were very much in line with what you have experienced and used it for. The idea was to take a phrase which is commonly used for engendering fear and helplessness of someone else “Controlling” your mind… and to turn that on its head juxtaposing it in a way where the listener could actually regain control.

The music for the song was to provide this juxtaposed backing to allow that process to occur. Ironically in this way it’s through relinquishing the control of the EGO as you mentioned, that we can gain control of it, through realising that we never did have control of it in the first place, and in this way it disappears, as does the need to control it, or the possibility of someone else doing so.

Without a doubt, Still Life is full of feelings. What were the emotions that you experienced when composing such pieces as “Sympathy For Sadness” and how were they related to the ‘human condition’?

The song, Sympathy for sadness, was about a specific situation and response to things that were going on where I live and all around the world, and that still continue to this day.

Specifically it was inspired by the suffering of Children who had endured or are enduring child sexual abuse. It is my way of saying I recognise it exists and will not keep silent about it. This particular phrase I used in the song was sampled from a statement of the terms of reference associated with a Royal inquiry into child sexual abuse, perpetrated by church’s schools, religious institutions and groups and others who bear the responsibility for caring for children who are vulnerable and being abused by those who are supposed to take care of them and nurture them.

How would you say Still Life is different from your previous works, and how have you evolved as an artist over the last decade?

I wouldn’t really say this album is all that different from my previous album’s and releases but then again I take a totally non linear approach to viewing my own music and creative output.

It’s similar to my other releases in many ways, as I have always been motivated to make music that expresses ideas and feelings, and that hasn’t changed from the beginning of the first release I did. In some ways this album is slightly more honed in the sense that I feel I was able to put together a flow of ideas and emotions that really allowed each song to have its own weight and depth yet also not detract from the over all message and experience as a “whole”…

As far as evolving as an artist… again I take what I call a non linear approach to viewing this. I can view myself as having improved in some certain technical aspects of music making, but for me it has always been an evolving process associated with living and experiences of living, which are always changing and evolving.

Sometimes these life experiences are more challenging than at other times and this informs the way I am able to live and view life and hence inspires the music I can make. Not ironically, regardless of all the things that might have happened both good or bad, life is now and always will be the greatest inspiration for making the music I make, and until the time I die, there’s always, still life.

How did you end up getting signed to Psychonavigation?

A friend of mine and fellow musician Esa Ruoho (Lackluster), introduced me to the label some years ago. Also another friend and musician on the label Mick Chillage assisted with introducing me and my music to Keith of Psychonavigation.

After building a rapport with Keith and finding common resonances in music and communicating I decided that Psychonavigation was a good home for the music I make. I had also listened to some of the music on the label earlier and always admired Keith’s integrity in supporting music he truly feels is important and special, in a humble and honest way. This approach resonated with me as a person just making music, not for hype or hits or any of those superficial things, but for music and communication itself with other humans, nature and Universe.

Psychonavigation is an excellent label home for more considered and personal music projects, and for people who make music wanting to express more personal ideas.

What’s next for Sense?

That’s an interesting question and it’s really not one I ever think much about. At the moment I see the world in such turmoil and pain, and I’ve never been the kind of person to just live in my own bubble isolated from the rest of Universe. The next move’s for Sense will be the next moves for me as a person, those moves and motions will be informed and influenced by the world and universe and nature as they always have been. I have no particular plans as I think it’s important to have a non aspirational lifestyle rather than plan the “future” which I believe is actually a great source of the problems humans and universe / earth is facing today. I endeavour more and more to make musical expressions that are true to what I feel and what I Sense from living this experience of life and to live each moment as authentically as I can.

At the moment I’m particularly concerned about many world events and I will do all I can to make music which brings balance to the energies behind those events to assist in removing them from the lives of all of us.

For those who think it’s a good idea to destroy humanity and life in favour of placating their need for instantaneous gratification of ego, I have a message for you… Sense will continue to do everything I can to counter that effort.

I will continue to work with worldwide partners such as:

and others who might become reciprocal and resonant with me and what I’m doing… And this will undoubtedly manifest in more musical releases.