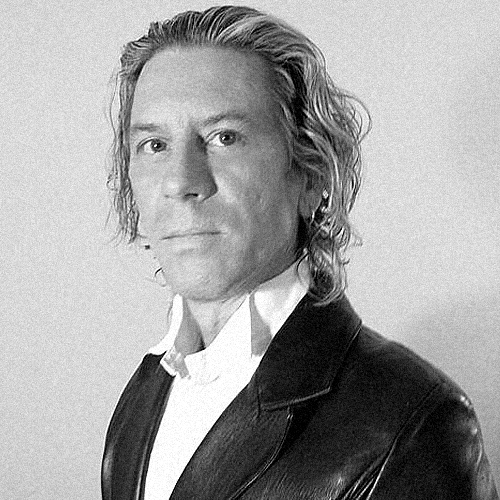 Editor’s Note: I have conducted this Interview with the Fabulous (with a capital ‘F’) William Basinski over an email. In order to preserve his personality in full I have decided to publish it in unedited form. I hope you will enjoy as much as I did! ~HC

Hi Billy! Where are you these days, and what did you do this past weekend?

I’m in London at the moment, it’s beautiful here today. I’m going to Amsterdam for a week tomorrow to work with my darlings Evelina Domnitch and Dmitry Gelfand and talk to my buddy Michael Baxter about orchestrating Disintegration Loops 3, then Geneva for La Batie Festival where we will screen Disintegration Loop 1.1 August 31 and The Geneva Chamber Orchestra will perform Maxim Moston’s gorgeous transcriptions of Disintegration Loops 1 and 2 under the baton of the talented young maestro, Ryan McAdams on Sept. 1. Then to Moscow for a Nocturnes concert on the 7th and back to LA on the 9th September. Last weekend I was with friends on the idyllic Sicilian volcanic isle of Pantelleria. We had an amazing, much needed vacation swimming in the beautiful Mediterranean. I feel revived. It is such a special place… indescribable! Jamie got some pictures I’m trying to get from him.

‘Nocturnes’ is another fantastic revisit of your past material. Talk about the decision and the process of its revival.

Thank you. Well, Nocturnes was an early formal tape loop experiment. There is a graphic score and I was layering the loops, multitracking on a cassette deck with tape over the erase head. I think there were about 12 loops made from prepared piano in my studio in San Francisco in 1979. In some of the loops I would start the recorder after the attack so I was experimenting around with that. Unfortunately, I got a little carried away at the end and put in a few loops I wished I hadn’t but there was no way to edit it since everything was overlayed on two tracks (stereo). so it took years until digital editing came along and I had time to get to it for me to be able to release it. she needed a little corrective plastic surgery. I finally got around to it last year and decided to pair it with the newer second track The Trail of Tears. For me it is a dark album… a passio, if you will. I love the way it resolves at the end. I’m hoping to release it on vinyl soon.

Tell us about “The Trail of Tears”. How did you meet Robert Wilson and how did this project for his opera come about?

Can you take a moment to speak about your collaboration with Richard Chartier on “Aurora Liminalis”? I really enjoyed that piece!

It turned out really nice I think. We began working on it several years ago when Richard came to visit me in “the pink house” in Venice Beach. we tossed it back and forth a bit then I couldn’t hear it anymore and we both got caught up in other projects. Last year he tossed it back with the idea of releasing it and I heard it again and decided it was ok, so I said yeah…sounds good. I managed to come up with a title after a few false starts which I won’t mention and Jamie allowed us to use the beautiful picture of his light sculpture in Beijing for the cover art. I’m thrilled with the response as well. It’s on it’s second pressing so we’re all quite happy. Richard has recently moved to LA from Washington, D.C. and we are already working on something new. he recently tweeted an excerpt on Soundcloud. remind me to send you the link if you didn’t see that. I was in La for a few days last month and caught a show of Richard doing his “Pink Courtesy Phone” work. so good. he’s an amazing sound designer.

How was the reception of your amazing “The Disintegration Loops” boxset? What do you think about the progression of this sound from tapes, to CDs, and finally vinyl?

phenomenal… Jeremy Devine at Temporary Residence did such an amazing job on the artistry and the lovely people at Bellwether Manufacturing did it up flawlessly. I was stunned when I got mine. what joy! you have no idea… at first when Jeremy came to see me in LA to pitch the idea I was wondering about breaking up the tracks so as to fit on vinyl sides, but he reminded me that classical music was done that way for years, so I said, what the hell… go for it! he hit it out of the park. The response has been huge. I’m so happy. so busy this year. damn. touring all year though to Christmas. To have this work in such a classy massive boxset is a mind blower for me. I never thought I would see the day, so it’s really something! and getting a 10 on Pitchfork… whoa! when I got the google alert and saw it I looked at the number and thought oh, number 10 of the top ten… cool! Later that day when Shaun his manager told him about it, Antony called me screaming… “Billy, you got a 10 on Pitchfork!!! Do you know what that means??? NOBODY gets even in the nines! The Beatles complete catalogue boxset is the only thing to ever get a 10! Girl!” those guys have been so supportive! love ’em!
Talk about your label, 2062. Where does the name come from and will it ever feature a release other than your own?

The name of James Elaine and my production company is Music and Media Laboratories & Unknown Industries, Inc. or MMLXII. it’s hard to say “emm emm ell ex eye eye” so I decided to name the record company 2062 which would be the Arabic numeral translation to MMLXII if it were a Roman numeral. I like the numbers together graphically as well. as far as releasing other people’s work, I get asked that all the time and I tell everyone, I’ve got my hands full with my own work, so for the time being no but down the road… who knows? we’ll see… It’s so much work to release an album and run a label. I only have time now to concentrate on mine.

I’m looking forward to your performance in New York. What could we expect from your live show?

I’m looking forward to resonating that gorgeous space at Issue Project Room again. I’ve got a beautiful new video by James Elaine to go with the Nocturnes show and a little something new/old for the end to ease everybody back. an accident that happened in the studio this year when I was having to compensate for a naughty new tape deck that got damaged in transit. thanks TSA. anyway, something cool came out of it when I was making new loops to play on the girl that decided she would only play on a speed faster than the required one. crack ho… she did it again a couple of weeks ago so she is out of commission for the time being. can’t have her throwing loops into the audience!

How has your relationship with music [and indeed its loops] change throughout the years?

I don’t know how to answer that one, darlin’. Listening to a new mixtape Jamie made for me called The El-Bow Room featuring alternating tracks of Elton John and David Bowie from the 70s… so fine! so divine! ciao bello, Billy