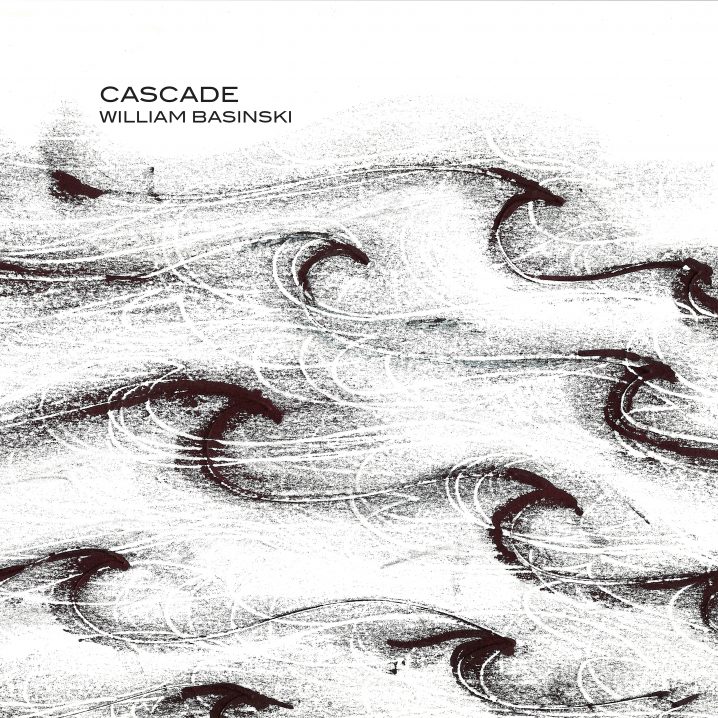 People struggle with tape loops and William Basinski. It’s easy to see why as well: for many people the prospect of listening to the same short fragment of music over and over again is not that appealing, even for people with a big love of ambient music. I suppose I can’t blame them; I was more than a little hesitant approaching the Disintegration Loops for the first time and I can certainly see how plenty of people won’t find the music particularly compelling or insightful, but for me, given the right circumstances and the right sounds, looped music can be some of the most powerful and the most emotional out there, and it’s easy to see why Basinski has the reputation he has when one looks at his latest effort in Cascade.

For nearly forty minutes we’re treated to this faded, bleary piano loop, this collection of tinkling chords and keys that spans just 10 seconds, a loop ensconced in a careful shroud of thin reverb, indistinct clipping, lo-fi fuzzing and synth blips catching the light in the surrounding darkness. And that’s it, nearly enough. One could almost end the review there, but there is something tantalizing and evocative about this simplistic expression of repetitive sound, this soft collection of piano strokes turning endlessly in the void, for you see, the power of the loop lies in the fact that it reinforces itself; the fact that on its own, as a 10 second expression it holds little to no power or emotional capability, but as an endless and repeatedly impressionable entity it holds increasing sway, and the longer one listens the more one gets out of the event.

In Cascade, a single ancient lilting piano tape loop repeats endlessly carrying one along in its tessellating current

The whole thing is cool, crisp and calm, a rather solemn listening experience in fact, each loop unwinding a certain melancholia in its minor pitch and obfuscated presentation, its backfield blurred into a lachrymose drone haze and giving proceedings a tired and old aura. And yet there’s a certain sparkle to it, a certain inherent shimmer that you only really experience when you see the loops blur together, a lightness that catches the sun’s ancient rays dancing over the surface of some tantalizing mill-pond from the depths of our youth, an old but pleasurable and easygoing memory from a time since lost that has since been polluted with wist and age, its shimmering surface blurred by cynical time and neuronal decay.

And it does peak and trough; the whole looped movement is like one long crescendo that slowly finds its traction and gains volume through time, impressing itself upon us in increasing heights before it reaches its decrepit pinnacle and begins to fade away into the corners of the mind once again, the unused pathways once more finding themselves diverted around as their miserable task reaches its conclusion, but what is left is surprising; rather than simply tail the loops off into the inevitable void, Basinski attaches a second, rather more quiet and tentative loop right at the end. Comprised of little more than humble synth drones it turns slowly and almost imperceptibly over itself in the record’s closing moments; the memory fades but the soft biological hum of distant background activity still remains, the possibility of its re-remembrance some other time in the undefinable future just lingering on the air. I wish its five minutes lasted longer but for what it’s worth, they often feel like an eternity.

Cascade is not going to be everyone’s cup of tea but there’s a quietly miserable emotional power at work here that Basinski hasn’t plumbed since 92982 in my opinion; something about the piano and its rarity within Basinki’s discography makes this an impressionable record for all sorts of reasons, and across my already numerous listens I’ve found myself lulled in its tempting throes more times than I care to admit, caught in its deceptive wake and losing a conscious track of time and just wallowing in its palpable self-pity and nostalgia. This is a very strong effort and its closing 5 minutes almost alone will make this one of 2015’s top albums for me, a tremendous listening experience.