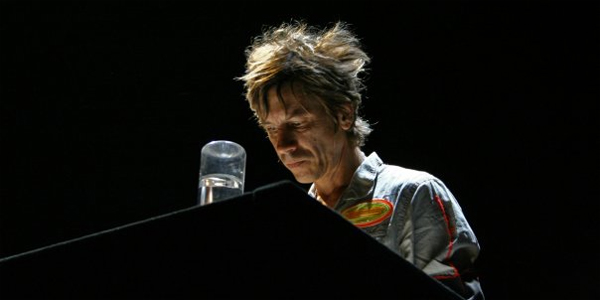 92982 is indeed a blast from the past. How much post-production work, if any, have you done on this archived recording?
a bit… it’s hard to remember now, but i’m sure i agonized over it. there was some minor editing and possibly a little eqing. my recording technique in those days was atrocious, so it’s always frustrating now to try to work with some of these old recordings, but I’ve become more forgiving about certain things I can’t change that are just part of the texture and life of the piece… other things like certain mistakes that I hated then and now usually get edited out. but… the mistakes back then taught me a lot and led to some great discoveries… some of them though are just mistakes. so i try to be thoughtful about the editing and really true to the session.

What was the motivation for dusting off this “document of that night” and releasing it 27 years later?
I have had the roughs on my ipod for years and always loved it so it was in the line up for production.

How much do you remember of that day that would spawn your new direction? And how much of that memory is preserved and triggered by this music?
i can picture the space and the evening and the windows open… everything comes back when i hear this. it was a very happy productive time. we were broke, and working most of the time, but couldn’t wait to get home to our space station to continue with the real work of discovery!

Many artists attempted to replicate that ‘basinski’ sound, but have failed. Why do you think that is, and what is your secret?
i’ll never tell! 🙂

What was your setup for recording 92982?
two old norelco continentals, lots of old used tape, an inexpensive analogue echo box of some kind, some microphones, an little mini mixer box… maybe another two tape decks for the piano variation piece because that one ran through two tape decks to get the tape delay and feedback loops.

How has your sound changed over the years? Are there any new production techniques that you have developed?
i use different techniques for different pieces. sometimes i use the voyetra, sometimes tape loops, sometimes both. there are other aspects of my catalogue that haven’t been released yet. I’ve actually used my saxophones, keyboards and voice for projects that may eventually see the light of day sooner or later…