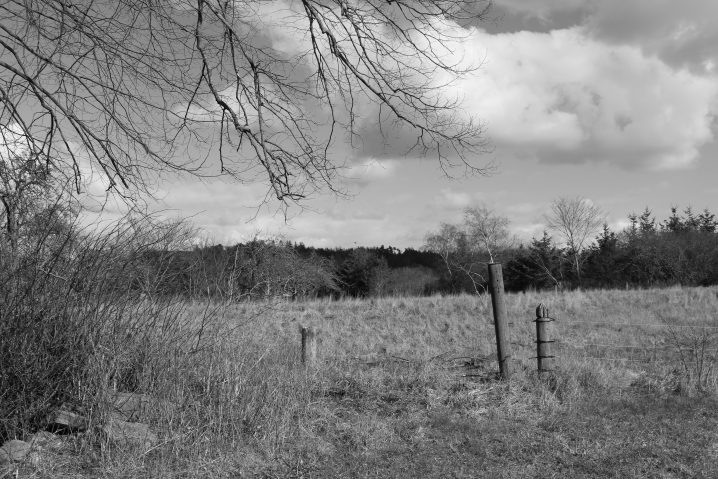 Lets start at the very beginning. Can you tell us how you got involved in composing, and what was your very first piece of gear?
Probably since forever, we had a piano in my childhood home and I loved playing strange gibberish things that I just made up. Sometimes I actually thought it sounded quite good. At the age of 8 or 9 my parents signed me up for piano classes and I hated it. It was so rigid compared to when I was just noodling on my own. I think music classes have many instances killed off the naïve and childish fascination with playing that most people are born with. I just loved playing around on our piano and I didn’t want it to turn into homework. So I was allowed not to go to the classes and even though they threatened to sell the piano, they let me have it. It is actually that same beat up piano I still have. 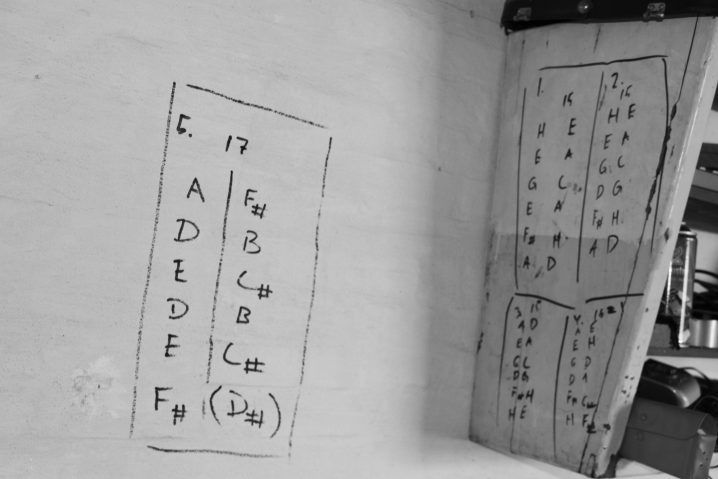 How many different studio iterations have you gone through, and what does your final setup look like right now?
Back in the beginning of the nineties I had 4 track cassette recorder. I had a lot of fun with that machine, flipping the tape to get reversed sounds, manipulating the tape speed to try and recreate the sound of My Bloody Valentine. During the recording of Settlers I found this old box full of some of these tapes and I decided to give my former self a gift by integrating a few of the sounds into the ending of Transformation. I think my 20 year old self is smiling about that somewhere now. Later on a friend and I cashed in on an 8 track Roland digital recorder. They were a fortune back then so we shared it, often working together. It was a nice portable system and we could bring it out to our rehearsal space and record some actual drums and guitar amps. My current studio is very humble. In an old storage shed, I have set up a leftover stationary PC with an audio device from TC Electronics, an SM57, an MD421, a pair of Oktavas and some more obscure mics. I consider it more a room for my musical instruments than an actual studio. 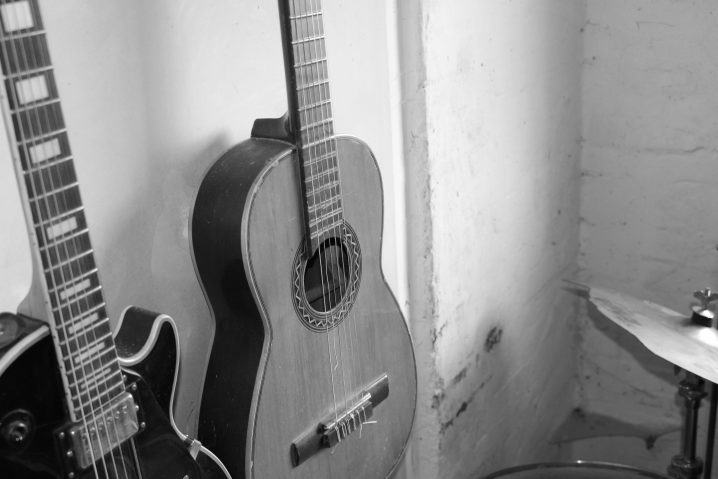 Tell us about your favorite piece of hardware.
Being more of a musician than a technician, I’d probably have to choose my acoustic guitar. It’s an old seventies Yamaha and it isn’t worth much in the sense of money but it has this incredibly warm and rounded tone that I really love about it. It just goes really well with my playing style.

And what about the software that you use for production?
I use an antiquated version of Cubase. Honestly, I haven’t bothered to look into newer, more sophisticated software since I know my way around the one I have and I mainly use it like a tape recorder with the option of a little editing. It seems to me that updates tend to focus on clever features that I have no real use for. I don’t work with midi and softsynths anyway, and apart from EQ, I rarely use more than a touch of reverb or echo effect-wise. Sometimes I’ll run a track out through a tape machine for saturation or those sweet self oscillating echoes. I also reamp the occasional track through an upright piano for the reverb effect or run it out through an old spring reverb. 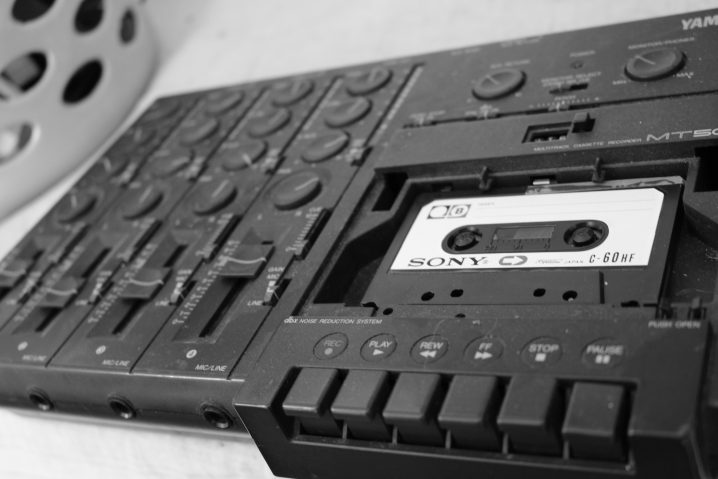 Is there a particular piece of gear that you’re just dying to get your hands on and do you think one day you’ll have it?
I have nightly dreams about mellotrons and vibraphones, nice old ladies whose husbands left them a box of vintage mics that they want me to have. Studer tape recorders and Neve preamps… Oh well. In the waking hours I can’t really justify spending such amounts on studio gadgets in any near future.

Can you please share some aspects of sound design in your work?
In a way it’s funny that my music often gets labelled as electronic since most of the instrumentation is just acoustic. I do however really enjoy layering acoustic instruments as if you were arranging a more electronics piece. I find that interesting, like a clash of styles of sorts and it makes you think differently about your playing. Most of my sounds are just hand played and I have this idea that the main instrument (which is often the guitar) shouldn’t have to go through editing. In that sense I’m probably a bit of a purist. I do edit atmospheres and supportive instruments to make them fit into a track. I think of their role as a way to set a mood or a create space for the main melodies but sometimes they trick me and take over. 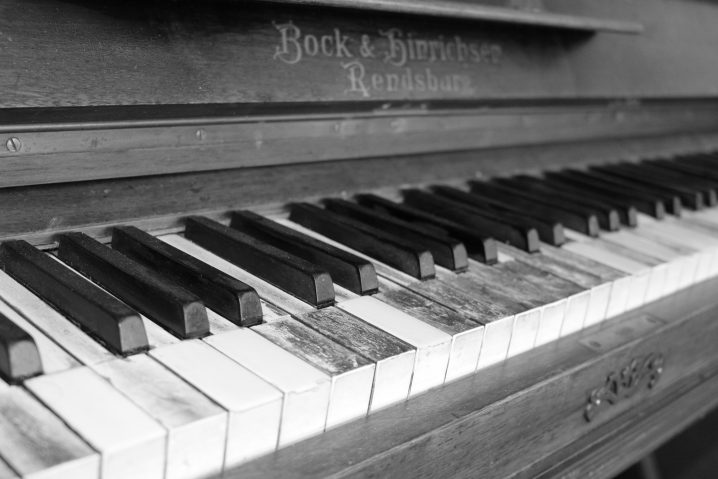 Any particular new techniques that you tried out for your new album?
One thing I’ve had both a lot of fun with is using a looper without monitoring. It has given some mind-blowing experiences! Obviously, sometimes the results are complete gibberish, but at others some strange magic happens that wouldn’t have happened otherwise. I also invited environmental sounds into the studio. Since I work under sub-optimal conditions I’ve often struggled with outside noises creeping in. A few times I actually opened the door while recording. If you listen carefully, you’ll hear my son’s canary birds, the cat, an owl. The track “Garden” I decided that the crickets from outside had invited me so I recorded that under an apple tree without overdubs. You can hear an apple fall about half way. It sounds almost like a drum roll that falls a little bit behind.

What does your live setup look like, and what do you bring with you when you travel for an extensive tour?
Touring is too big a word for my few and far between shows. Honestly, I’m struggling a bit with arrangements for some forthcoming shows. Until now I’ve mostly focused on solo guitar stuff which is great, quite challenging really because you can’t hide behind anything and even the slightest mistakes becomes rather obvious. But there’s something honest about it that appeals to me. For playing the songs from Settlers, I want to be able to create some of the more drony atmospheres. Dragging the harmonium along is just too impractical, so I’ve been prepping some tapes with different chords and textures that I can fade in and out between and try to respond to on the electric guitar. I would hate having to rely on a computer live, I need to have my hands on something physical. 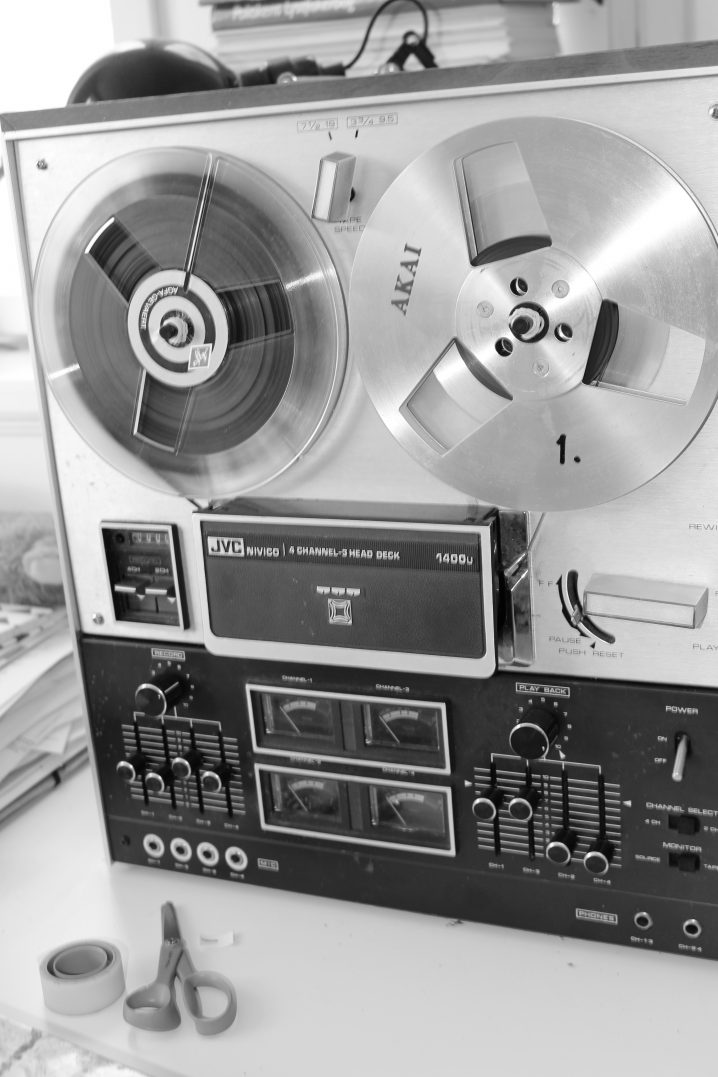 What is the most important environmental aspect of your current workspace and what would be a particular element that you would improve on?
I guess the most important thing is that I have the studio at home. I often get an idea out of nothing and being able to recreate it immediately while it is still fresh has been priceless. Inspiration is such an elusive thing. When it is there, I usually work very fast. It’s often a matter of hours before the track is done. From a more technical point of view, being able to catch a great drum recording would be really nice, but that is a bit further out in the future.

What can you tell us about your overall process of composition? How are the ideas born, where do they mature, and when do they finally see the light?
A composition always starts with the hands on an instrument. I’m not one to start by a melody in my head, it radiates from the hands. I find that the less I actually think about it the more open and interesting to my ears it often ends up. I guess it fits my world view rather well. I like things that bloom without supervision, things that take a path of their own. That being said, all ideas obviously aren’t good in a longer time frame. The making of Settlers has been a long process where the best things have matured underway while others didn’t stand the test of time. I believe time has contributed a lot to making that album so much of a whole. 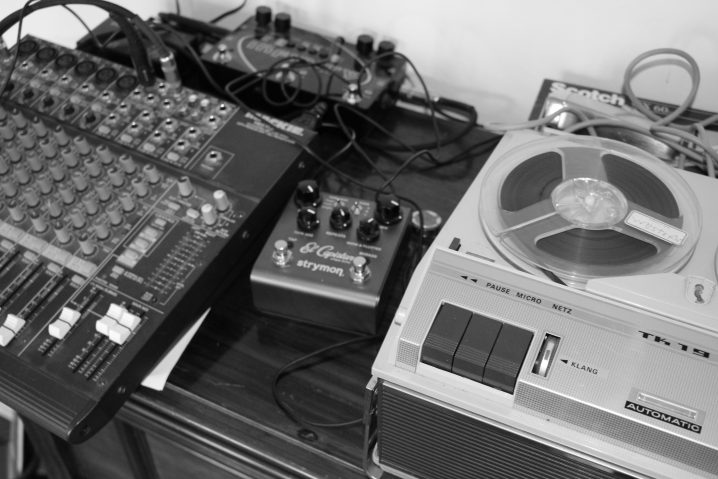 After the piece is complete, how do you audition the results? What are you reactions to hearing your music in a different context, setting, or a sound system?
I burn early mixes to CD so that I can listen to them without having to be confronted with the computer screen. It changes the way I listen when I don’t feel I have to interact with the music technically. I like listening in my car and I can tell from the sympathetic vibrations from its door that it’s tuned in D.

Do you ever procrastinate? If so, what do you usually find yourself doing during those times?
Too much, probably… it isn’t always a bad thing though. I often find myself playing my instruments without any purpose of recording. Just playing and making songs that live in that brief moment. I like to think that it seals the pact in a way. Music doesn’t have to be rational or end up with a final product. 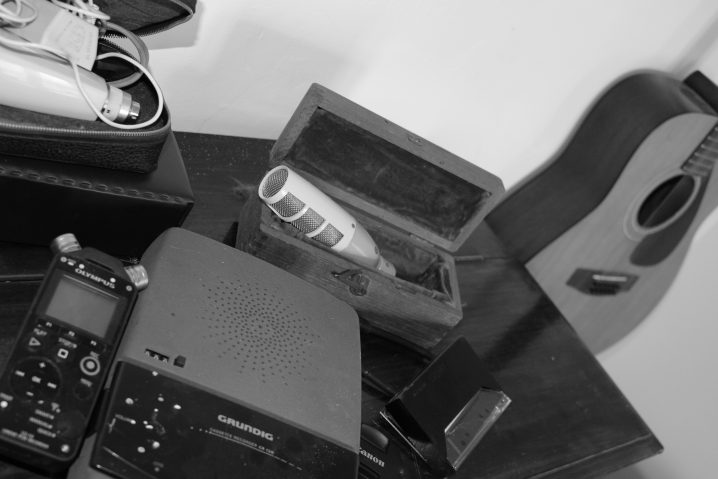 And finally, what are your thoughts on the state of “electronic music” today?
I like the fact that the borders between the different scenes are becoming more blurred than they used to be. We see a lot more musicians collaborating across borders that were more or less uncrossable before. I think that’s kind of beautiful. Music is just music and genre labels are just search engine optimization material. We all have a million things to learn from each other whether we come from a background in rock, noise, jazz, electronic, classical or whatever. 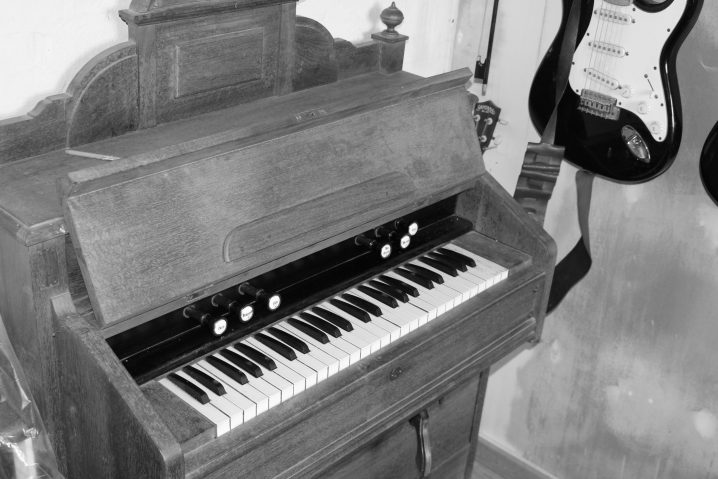