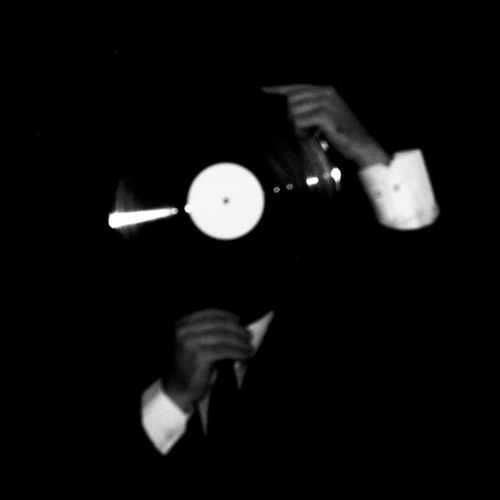 Hey Christoph, it was nice finally meeting you in Berlin during the Denovali music festival. How long have you been living in Berlin and how do you like it?
The pleasure was mine! I’m still impressed that you made it to Berlin just for a (cold) weekend of concerts, music and shopping for vinyl. I moved to Berlin one and a half years ago and actually I didn’t regret that decision for a single day yet. The city is so special and absolutely different to the place I lived before. I think that it would take more than one life to visit all the bars, venues, clubs, galleries, museums – and it would surely cost a fortune as well.

Sometimes when I listen to music it’s hard to tell whether it was played live or sourced from another source. Watching you perform live opened my eyes to the fact that you actually play piano and the stringed instruments  How long have you been playing and are you classically trained?
I’ve been classically trained on the violin since my childhood and played a lot of classical music: solo concerts as well as being a member of several chamber music ensembles, string orchestras, youth symphony orchestras and festival orchestras. My (serious classical) piano lessons started relatively late but with a higher intensity then as a teenager. I later joined a Big-Band (that focused on Funk and Soul music) as the piano and organ guy. Looking back like that makes me wonder how I got all that managed or whether I’m just getting old…

On your latest release, ‘Fatalist: The Repetition of History’, you invited Aaron Martin to play the cello. How did this collaboration come into play?
As you know, Aaron is a really experimental and open-minded musician whose music I enjoyed a lot over the past years. When I worked on this last album I was in the need of some low strings and some experimental techniques and always had his specific cello sound in mind for some parts of the album so that I just decided to shoot an email over to Topeka to check whether he’d be up for that – and hell yeah, he was! He delivered even more fantastic stuff than I originally asked for. It’s so brilliant to work with him and I’m looking forward to presenting a split release with Aaron later this year.

So is there a particular separation in your mind from the works that you record under your Field Rotation moniker versus your real name?
The main separation lies in the intensity of using electronics, I’d say. I’m trying to work with nearly no electronics and effects on my chamber music project under my born name, composing music that I can perform as a one man ensemble through just looping myself on stage. The Field Rotation moniker is a project that is sort of a personal musical playground without borders or limitations. So one day it can be a weird drone piece, the other day I’m coming up with some electronic stuff and then again electroacoustic music with classical references.

You’ve released albums on Fluid Audio, hibernate, and now Denovali – how do you decide which label to work with?
The decision which label to work with always depends on my gut feeling and whether the ideas of the label and myself can be connected in a way that makes sense for both of us. Usually it’s not only my decision, both parties have to agree. But so far I really can’t complain, I even made new friends that way!

I would say that your music is very melancholic, and it is why I connect with it deeply. Is there a particular atmosphere that you try to capture with your sound?
This is a really tough question. I don’t think that there’s a particular atmosphere that I try to capture with my work in general. But every single piece (or regarding “And tomorrow I will sleep”: the complete album) aims to picture something. I really like the idea to give myself a theme to work on. A theme perfectly serves as a frame. And I often need a frame to make sure that I’m not losing track of the original project. But I would agree that my music – at least mostly – is very melancholic. Sometimes it’s intended, sometimes it’s just happening.

I know that this may be an open-ended question that is hard to fulfill, but could you briefly describe your process of composition?
If I had a certain process of composition it would be much easier to describe. But it always depends on the project, the complexity of composition and also the grade of patience I have. So it’s very rare that I’m sitting down to score an idea first. Especially since I had to find out once that there was nearly nothing left of the original score when I finished the project. Also writing scores can be very time-consuming so that I’m sometimes afraid of just forgetting parts of my idea before I was able to capture it on paper. That’s why I preferred to directly record my ideas lately. This way also produces a lot of rejects but then again these can be used for some weird effects, samples, pitches, stretches or clicks and cut material. In my opinion it’s the most economical way of production if you are able to recycle stuff that otherwise would have been a complete waste of time and energy. Once a project starts to take shape I usually have to put it aside for a while before I have an idea how to continue or how to complete it. Then again, I still have a composition for two pianos in the drawer for years now that needs an orchestral transcription and certainly some adjustments and additions here and there. So in a case like that scoring is an essential part of the process of composition. I wanted to start working on that transcription this or next year, we’ll see. Maybe I’ll have much more to talk about when this work is done…

Who and what are you influenced and inspired by?
This may be another open-ended question actually so I’ll try to keep it short and without dropping names as this possibly would be endless. I’m may be mostly influenced by all the pieces I had to work on for my violin and piano lessons and all the symphonies and orchestral works I played as a member of the various ensembles and orchestras I already mentioned before. It always was a very detailed work, to know every single note, how it fits to a phrase and how this phrase is then connected to the piece as a whole. This working method heavily influenced me – not just regarding the way how I compose and perform music but also regarding the view I have on music when I’m just listening to it. The only exception seems to be that I’m not really caring about virtuosity anymore.

And lastly, can you tell us what have been working on lately?
I already mentioned that I’m currently working on a split release with Aaron Martin that will be released later this year. Furthermore I won’t work on any other new things than collaborations and remixes for a while due to time issues through my daily job that won’t allow me to focus on a complex and time-consuming project like a new full length album.