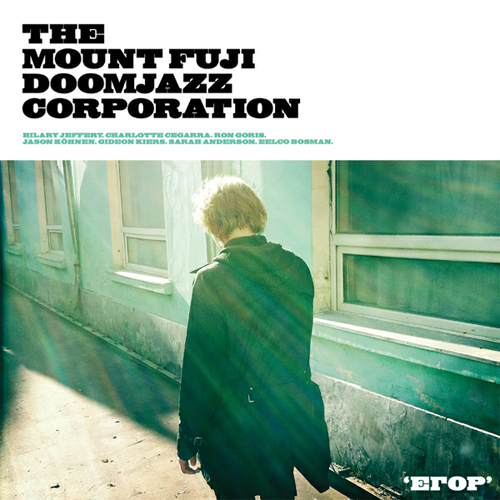 It should be no secret to the readers of Headphone Commute that I’ve been listening to The Mount Fuji Doomjazz Corporation since the inception of their live improv alter ego, and its very first release, Doomjazz Future Corpses! (Ad Noiseam, 2007). The Kilimanjaro Darkjazz Ensemble‘s, side project got finally signed by Denovali with their 2011 release, Anthropomorphic. The band’s debut, however, happened much earlier, when Charlotte Cegarra, Eelco Bosman, Ron Goris, Sarah Anderson, Hilary Jeffery, Gideon Kiers and Jason Köhnen (also known as Bong-Ra), got together to record their self-titled debut for Planet Mu. What was Planet Mu doing with this experimental future jazz outfit? This I had to hear!

The music didn’t loiter… In 2009, the sophomore release by TKDE, Here Be Dragons (Ad Noiseam), was featured in Headphone Commute’s Best of 2009 list, Music For The Film Behind Closed Eyelids. Two years later, the group took another spot on our Best of the Year list (see 2011’s Music For The Frosty Night When I Miss Your Warm Light), this time with their From The Stairwell album on Denovali. So, yes, it should be no surprise at all, that the latest offering from the troupe would get my undivided attention, and a full in-depth review, which, er, you are reading at the moment..

Egor, opens up on a tense note. Its volume purposely low, first track on the album, “Elevator Of The Machine” (“Лифт Машины”) starts off slowly, forcing you to listen closer and turn up the knob, before the dynamics of this sixteen minute track explode in your face. At the beginning of the scene is a voice of a frustrated Russian man stuck in an elevator exchanging agitated words with an oblivious dispatcher. “Please call the fire department,” he says. “The fire department?” the dispatcher is confused, “you’re just stuck in the elevator,” she says. “We’re having trouble breathing,” the man pleads, “the fire department could possibly get here faster.” She doesn’t understand.

This stressful situation sets the tone for the album that builds on the dynamic emotions, acoustic anxiety, and sonic trepidation, with which it grips the listener, and doesn’t let go for over an hour. Cegarra’s distressed vocals float between the crying violin and the bellowing trombone; the rhythm picks up, refusing to let up; the sound spreads through the composition like a multiplying virus, holding the unsuspecting listener by the throat, with an electrified metallic glove; the perceiver is clenched and white knuckled, the nails digging into the flesh; the sound mutates, shifting from ambient to drone to doom to desperation. Egor is a soundtrack to five stages of grief.

Recorded live at the DOM theater in Moscow, Russia, in April of 2011, the beginning of the album is a lot more defined. The composition, structure, and development is so precise, that it’s hard to accept the improvisational component as purely accidental. That happens to be a good thing, because the performance is totally free of any erroneous notes. Things begin to fall apart (again, in a very good way) towards the end of the album, as “Glass Is Destroyed” (“Стекло Уничтожено“) ripples through the cold atmospheres of abandoned sanatoriums, where ghostly echoes howl and whisper around the staggering percussion and strangling instruments, creating a very haunting and restless experience.

Combined with their previous offering, Succubus and Anthropomorphic, The Mount Fuji Doomjazz Corporation continues to dominate the landscape with some of the most mind-blowing outer-worldly music. Kudos once again to Denovali, for continuing their support behind the band. Be sure to also pick up TKDE’s digital only first live album, Live – I Forsee the Dark Ahead, If I Stay, available via bandcamp on a donation basis or in exchange for your email. Recommended for followers of the group and fans of Bohren & Der Club Of Gore, Necro Deathmort, Nurse With Wound, and Melvins + Lustmord.