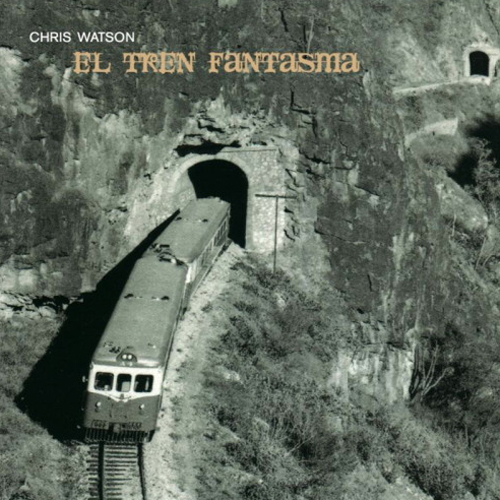 I begin the journey of El Tren Fantasma at the station, as the announcer calls out the “last call for the ghost train”. The train enters a dark tunnel and I drift away with a rhythmical beat of the wheels falling into the spaces between the old tracks. These sounds remind me of my childhood, when I traveled by train to visit my grandparents for the summer. I arrive in the Mexican village, where the birds chirp and the roosters crow, as the train screeches to a halt somewhere in the heart of the country between Pacific and Atlantic coasts. My ears are awake, picking up on the sounds of the trees talking to each other in the wind, butterflies dismissing the air with their conceded flapping, and the woodpecker’s cryptic beat. The train moves on, and soon its rhythm turns into a soothing pulse, slowly hypnotizing me as I drift in and out of dream state.

Using archive and field recordings, Chris Watson recreates a passenger ride across the country on a line that no longer exists. It’s been more than a decade since the last service operated by the Ferrocarriles Nacionales de México (FNM). Watson spent a month on board one of the trains as a sound recordist working with a film crew documenting a BBC TV series on Great Railways Journeys. The atmospheres captured with sensitive microphones in the country reveal the environment at its most open, intimate and natural setting. An additional post-production of looping train samples, turns this mere field recording into a mesmerizing trip. This is more than just a sound portrait lifted off a television show. Watson composes a cinematic narrative bringing the listener (and the observer) into a setting unattainable alone.

“Take the ghost train from Los Mochis to Veracruz and travel cross country, coast to coast, Pacific to Atlantic. Ride the rhythm of the rails on board the Ferrocarriles Nacionales de México (FNM) and the music of a journey that has now passed into history.”

El Tren Fantasma is a fourth solo album for Touch by one of the world’s leading sonic archivists of wildlife and natural history.  Watson’s 2003 album for the label, titled Weather Report, was named as “one of the albums you should hear before you die” by The Guardian. Watson is a seasoned veteran of sonic architecture. In 1971 he was a founding member of Cabaret Voltaire as well as The Hafler Trio (this is before he left Andrew McKenzie to release his collaborations with Autechre, like æo³ & ³hæ). In 2011 Watson also collaborated with Marcus Davidson on Cross-Pollination (see Headphone Commute review in Sound Bytes : Touch Label Special). And there’s also a 2-track 12″ pressing of El Tren Fantasma: The Signal Man’s Mix. My childlike fascination with trains and the sounds evoked by El Tren Fantasma invite me to listen to the album over and over again. And when you hear this magnificent recording, you will surely agree…