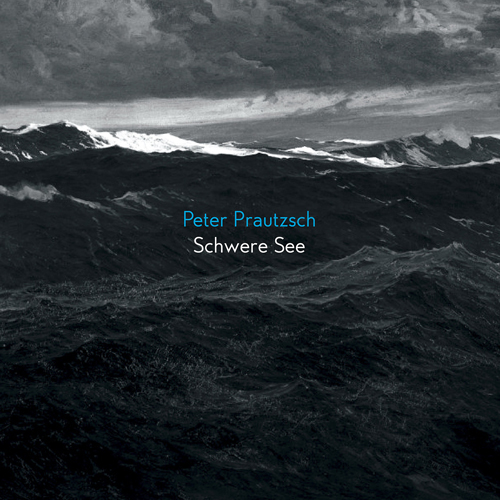 Since its demise in 2005 and the subsequent return three years later (under a different management), Neo Ouija strived to secure the talent of its past roster and maintain its original mission. Unfortunately, the good old IDM masters of early 2000s, such as Deru, Kettel, Xela, and Apparat have all found a new home; the fifth installment of the Cottage Industries series appeared very promising, but emerging artists didn’t follow-up with full length albums on the label; and the ignited expectations slowly withered and cooled off. The opening paragraph of this review may sound a little negative and bleak, but its tone is designed to put your mind into a certain perspective, and prepare it for celebration of the amazing new release by Peter Prautzsch. So yes, needless to say, I was pretty blown away by the textures on Schwere See, and perhaps a bit unprepared to enter the world of experimental darkness composed in a foley room built for movies of my mind.

Recorded over two years in German cities of Kiel and Berlin, as well as Denmark’s Hvide Sande, the second full-length release by Peter Prautzsch features an appearance by Sasu Ripatti (aka Vladislav Delay and Luomo), Marcus Weiser (aka Rechenzentrum and Zeitkratzer) and Masayoshi Fujita (El Fog). The orchestral arrangement of the album reminds me of the best output by Murcof (speaking of which, whatever happened to Oceaania? — it’s been almost five years since the release of Cosmos!), the cinematic feeling of Jóhann Jóhannsson, the smoky tenderness of Deaf Center, and the beautiful child of Alva Noto and Ryuichi Sakamoto‘s wedlock. The music of Schwere See (tr. ‘heavy sea’) pays a tribute to the struggles of the early expeditions into the Arctic Ocean and Antarctica. These gloomy, cold, and desolate quests claimed many lives during the nineteenth and twentieth centuries. Prautzsch draws on the themes of these anguished and eventually triumphant journeys, to sculpt elaborate phonographic compositions that transport the listener into a landscape of drifting ice, stormy waters, and hovering fog.

Here is how the quest unfolds : something hollow drops into abyss among the screeching birds and shrieking strings… tension builds behind every corner of metallic rings and concrete echoes… the music carries forth, like an abandoned creaking ship with something breathing and alive in its voracious belly… radio transmissions are intercepted by the corroded wires and amplified through tarnished megaphones exposed to night and hail… the ship plows further on, with its sound slicing through icebergs, glacial fields, and floes… the piano drops its minor chord upon the moaning violins, as orchestral drums announce its inevitable fate…

Falling alongside “cinematic“, “hauntology”, and “doomdrone” mutators of ambient, modern classical, and experimental music, Schwere See immediately places itself among the contenders for best of the year selections, even if we’re only less than a quarter into this year. With mastering by the new Neo Ouija’s label owner, Martin Hirsch and cover art by Frederick Judd Waugh, the only thing that can top this release is a 75-run limited edition in a king size jewel case with color prints. After Schwere See I’m definitely going to check out Prautzsch’s earlier releases on his very own Palacmusic: Field (2007), Vor der Stadt (2007) and Ghosts (2008) — the latter recorded under his Palac moniker. Highly recommended!