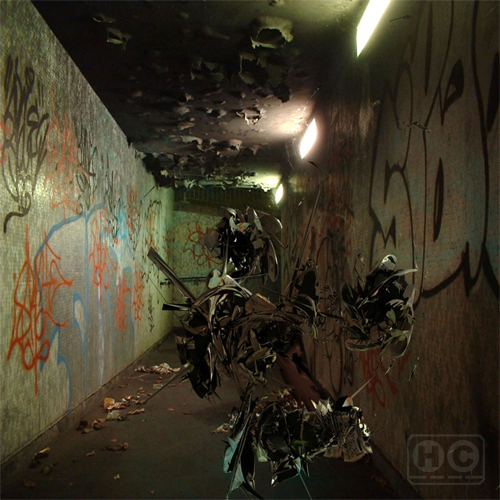 I discovered Herd‘s sound only last year, when he released another installment in his Tangents series on Future Sound of London‘s own label, fsoldigital. I’ll be honest, being a huge fan of everything FSOL since the early 90s, I was immediately blown away! I still play Lifeforms every time I need to enter a world of experimental downtempo and leftfield psychedelia. It’s one of my all time favorite albums! And now I added Herd to that list. Jason Thomson takes the perfected dark ambient formula and makes it even better! For this exclusive Headphone Commute mix, Thomson pays a tribute to the beloved sound:

This mix is a nod to the legendary 3D Headspace/ISDN transmissions which were broadcast by The Future Sound of London in the mid to late 1990s. These soundscapes as well as the Radio One Essential mixes were what inspired me to begin making music many years later. The tracklist contains exclusive Herd material alongside FSOLdigital label mate Seafar as well as a healthy dose of FSOL themselves. Alongside are other artists whose tracks in some way reflect “the interplay of light and dark” for which FSOL became famous for.

I am honored to host this beautiful journey and am pretty sure that it will remain on my rotations for many years to come. I hope you feel the same! Please enjoy responsibly…