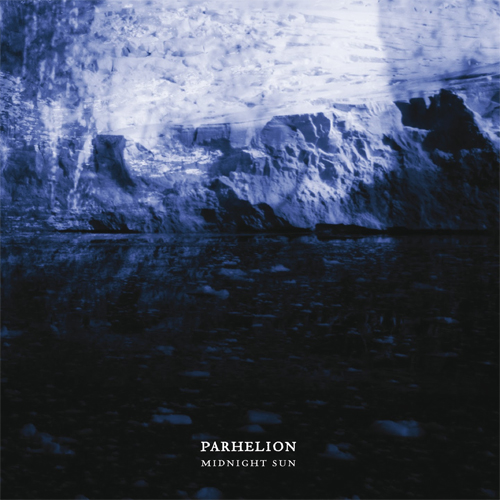 Taking the particular route of icy, semi-aquatic landscapes and a borderline-religious respect for nature’s power and fragility in the wider context of one’s ambient music can be a risky thing to do. Fairly often it can come off seeming a bit cheesy somehow, like the artist has thought for a few seconds that their work needs an identity… a hook… something to tie it in with some epic subject matter or other… and a few Biosphere cover images, National Geographic photography competition entries or forced ‘Arctic’ (or equivalent) mental associations later, this link can seem as solid as it would if the tones had been carved out of the cerebral core of the North Pole (or equivalent) itself.

Sometimes listening to the music, swooning over the photos in the liner notes and considering art and nature’s way of providing an almost synaesthetic binding for the whole package actually works, and a genuine profoundness can be glimpsed within. Ihor Dawidiuk is a Canadian artist doing the darker-side-of-ambient thing, succeeding not only at satisfying the musical criteria that come with such a tag, but at justifying the kind of association described above.

Midnight Sun is his debut album under this solo moniker, having worked previously and still within the group Tunturia. Some may already be familiar with the name – in 2008 he provided a track entitled ‘Forgotten Outpost’ for the now defunct Phantom Channel label’s début compilation. An ultra limited and self-released CDr album Odes To A Barren Land followed some time after and now Cyclic Law bring us that same album, remastered, retitled, repackaged and in a far more deserving run of 1000 CD copies.

Following a short blast of caustic noise that opens the album, the title track offers a succinct consolidation of all the elements that make this album fantastic. Reverberated and delayed high register guitar notes cast gentle ripples in a swirling mist of synths and subtly doomed chord progressions, starkly punctuated with soft thuds of percussion. There is a distinct sense of isolation lurking throughout most of the record, and especially in this track. To place such drama so early on makes this the equivalent of an extremely gorgeously shot film that opens with intense, irreversible tragedy. Following this, there is no let up on darkness as melody is all but foregone in exchange for resonating metallic tones and drones in a duo of alien interludes, before ‘A Lament For Whales’ expands the stasis into an increasingly noisy texture that is as much of the earth as it is of the cosmos. 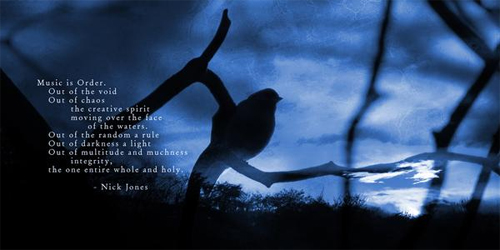 At no point are any of the elements too overbearing – at its least melodious there is still some abstract musicality; at it’s most noisy there is an ambling pace that keeps it from getting too bleached out. The atmosphere is thick and often unrelenting but dynamic and breathy, a lot of the time simultaneously. When the second half of ‘Meditation Over Open Waters’ creeps out of the preceding sonic onslaught, it already feels like so much has happened. This gentle, utterly beautiful section is so drenched in emotion it’s unreal. It blends then into similar territory, etched out through minimal guitar picks, thumps and floating chords… following this is a stretch of disorientating drone that encapsulates a couple of tracks and makes up the most sustained aggressive portion of the album.

When it seems one is about to be lost under the static, it suddenly drops away to silence in preparation for ‘Forgotten Outpost’, the penultimate track. In a similar way to the title track, this has a way of expressing all the album has to offer in one composition – a strong sense of place crafted through musical and non-musical sound, melody and noise working together to reach that elusive midpoint where foreboding forces meet their softer emotional counterparts. Chiming, key-like notes and clean guitar spell the pretty, glistening repeating melody whilst calls and sounds of nature whine and clatter their way into the climate, never becoming the focus but forming an essential part of the overall sound-world. After a wheezing, wind blasted pause in the music a surge of distorted guitars are awoken and proceed to heave the track into its conclusion…

Ending here, the album would be nothing short of amazing, but Ihor’s decision to place a sunnier, resolving twelfth track really caps things off with enhanced grace. Like waking from a weirdly exotic, unsettling dream this closer provides a warming contrast to the previous stormy and unsettled tones, keeping a similar level of noise but swapping the melancholy and loneliness for unrestrained majesty. Very few ambient based albums say enough to push themselves up over the heads of the middle majority… through near-perfect execution Parhelion’s Midnight Sun, however, has done. It is haunting, deeply emotional, simultaneously graceful and aggressive and, most of all, worthy of its associations with the drama and tumult of the natural world.

Be sure to also check out Interview with Parhelion