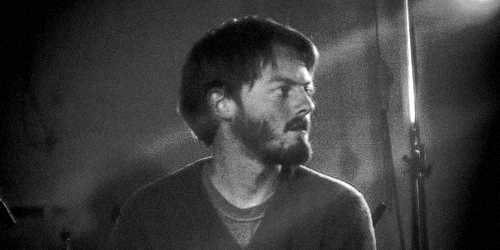 I guess the first obvious question is, what prompted you to take this brave leap forward and put your own vocals on the record?
– it’s really as simple as feeling a need to, or an interest – it can be quite easy to get caught up doing the same thing over and over again- but i still consider music, and “albums” to be about being artistic, and following your heart wherever it may lead you – sometimes this means making statements that other people may not like, or even be able to relate to, or want to relate to – but creating isn’t always about that – it can also be about trying to better oneself or exorcising ghosts – some would consider the move brave – but i really just did what i felt like doing at the time – and it was a wonderful relief

Are you responsible for all the instrument playing, including the drums, on the album?
– yes –

What is the main theme behind Similies?
– sorry to firstly correct you – but the spelling is actually similes – i know it sounds like it should be the other way
-but to answer your question – it’s sort of a lot to talk about – but a simplified way to explain it might be “emptiness” –

What has been the overall reception so far?
– very very good and very bad and everything in between – it was seemingly quite stirring and controversial
– many people think it’s the best and most important thing i’ve done -but some fans of my previous work were not happy about the inclusion of vocals – either it wasn’t their cup of tea, or they simply weren’t willing to give it the time – most reviews seemed especially strong and in favor of it

What would you say is the next step is for Eluvium?
– forward

Be sure to read Headphone Commute’s review of Similes from our Sound Bytes Label Special coverage of Temporary Residence Limited.