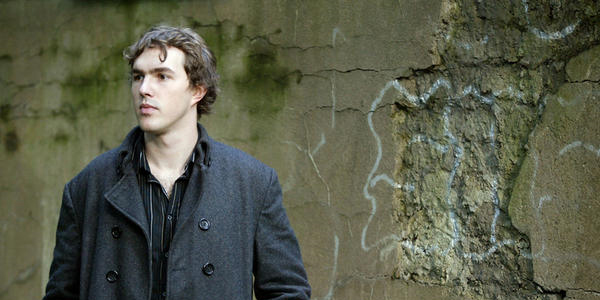 Tell us about your label…
OKTAF is a new label for authentic music in the field of ambient, avantgarde classic and modern jazz. It´s a place for my own music as well as cooperations with other musicians and special compilation projects. Aside from the release of CDs we also have the “OKTAF SKETCHES” series with exclusive tracks for free download (the first one can be found here: http://oktaf.de/sketches.html).

Where does the name Oktaf come from?
Some years ago me and a friend (Digitalverein) were thinking about an own label. On the way to a concert we were discussing possible names and OKTAF was one which came up. I liked it, because it´s pretty close to the German word for octave, but it´s also completely different.

What was the driving force behind re-mastering your past releases?
For me they are important parts of my work, even if the original albums have just been released as mp3s. I took a long time working on these re-releases. It´s not only remastered versions, I also took a couple of nights and a lot of good red wine to rework every single sound of the tracks.

And when you re-master, what is the process like? What are some of the things you improve on?
I made a lot of subtle changes in the sounds to make them melt together even better. I also strengthened the arrangements in some cases. The final mastering was done by Björn Scheuermann, who´s also working for Markus Güntners Affin Label. I think the result is great,

What is the history behind the newly appearing two tracks on Yara?
Harfenklang was the first track of that series, but had never been released officially and the long medley at the end was something I made for my friends at the “Automatenbar” in Berlin.

What is the Marsen Jules Trio?
It´s me and two twin brothers on piano and violin. We have been playing together for over five years now. It´s a very big pleasure for me to play with these guys. It seems to be the perfect extension to my solo works.

I’m looking forward to Mutek 11, where you will be performing this summer. Tell us a bit about your live shows.
We will play an audiovisual set with the Marsen Jules Trio. It´s mainly improvised music with electronic, piano and violin. Additionally we have Nicolai Konstantinovic for the visuals. He´s a painter and video artist from cologne. He will do some unusual installations with small dvd players on stage.