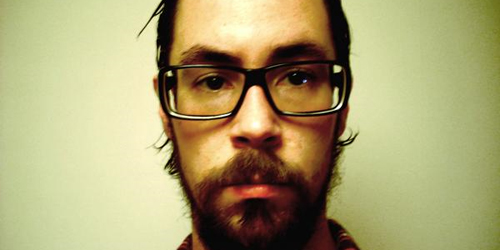 Another exclusive mix prepared for Headphone Commute! This time, it’s Dag Rozenqvist, aka Jasper TX, mixing up his favorite tracks to keep you warm in the night… In the past few years, Rozenqvist has really stepped up in his production of dark ambient and acoustic drone pieces. Jasper TX 2008 release on Miasmah, titled Black Sleep, received critical acclaim from all purveyors of minimalism. Last year, collaborating with Anduin, he released The Beinding Of Light (SMTG Limited, 2009), as well as one of my favorite albums of the year, Singing Stones (Fang Bomb, 2009). Dag drops a few words on his mix:

This mix is called “From Midnight to Sunrise” and the central theme of this mix is the late night after party. When you’ve been out drinking and you land in some random couch in some apartment on the other side of town, drinking and smoking, everyone just sitting in their own hazy bubble. You listen to music and for the most part of it you’re just quiet with your own thoughts. There’s a beautiful calm to it and no one feels the need to talk anymore. And you just sit there until morning when the bubble eventually bursts and reality catches up on you. And all you can do then is go home and sleep a dreamless sleep.

I think these tracks all have the same kind of atmosphere to them. They’re quite restrained and there’s kind of a hypnotic quality to them. To me they really represent night time music. When listening to the mix I find myself being sucked into this comforting, soothing calm.

I spent a lot of time creating this mix, trying to decide in which order the tracks should come. I think it flows very well and I’m really pleased by how it turned out. Hope you’ll like it too.