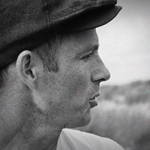 Well , my music passions go a bit different way than time and chronology. In the 2009 I was discovering music released in past years, or created many decades ago (like in XIIth century for example). Modern music that got my attention in the 2009 come out from the Bedroom Community label. I don’t want to point any particular album (highly possible that they were released in 2007-2008), but in 2009 together with Ben Frost’s newest release, the label showed its full potential. I think those guys (Amidon, Sigurdsonn, Frost, and Muhly) are making new paths for music for next few years. 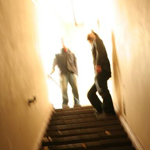 2009. The Space Echo is clicking, tape rolling, warbling, fluttering, weaving shreds of voice with old residues of analog synthesizer. A rhythmic march moves toward the speakers, falling in on itself pushing itself into the red, distorting the signal. With a twist of the knob it fades away, distance is achieved, moving the march back in the entire ancient catalog of what has left an impression. There are no instruments connected, no signal being given, only the constant repetition with slight variations coming to the surface and with a slight intervention receding to the background hum and hiss. The hum and hiss of tape, no digitization, no compression, bleeding. A loop with immeasurable variations capable of regurgitating what has just been played as well as being an instrument in itself. Eternal Infinite Echo. 2010. 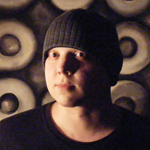 2009 was a great year for releases! There are still quite a few albums that I need to check out, like Mercury Program’s “Chez Viking”, Dinosaur Jr.’s “Farm”, and Sonic Youth’s “The Eternal”. I still have a lot of catching up to do.

I was really happy to see that vinyl sales were on the rise. Vinyl has always been my favorite format, and it’s nice to see it picking up steam again. It’s certainly disheartening to see the sales of CD’s in decline as I’d much rather have a CD than buy digital, and that’s mainly for archiving and audiophile needs. I wonder, will the Vinyl format stand the test of time and outlive CDs?

Here are some of my favorite releases of 2009:

Aerosol – Airborne
The American Analog Set – Hard to Find: Singles and Unreleased 2000-2005
Arms and Sleepers – Matador
Black Feather – Silhouette
City of Satellites – Machine Is My Animal
Clint Mansell – Moon (Original Score)
Epic45 – In All The Empty Houses
Fjordne – The Setting Sun
John Murphy and Underworld – Sunshine: Music from the Motion Picture
The Life And Times – Tragic Boogie+3
Metavari – Be One of Us and Hear No Noise
National Skyline – Bliss And Death & The Bloom EP
The Notwist – Sturm
Palace Of Buddies – Palace Of Buddies
Polvo – In Prism
Radian – Chimeric
Red Fang – Red Fang
Rameses III – I Could Not Love You More
Sleepy Eyes of Death – Dark Signals
Syntaks – Ylajali
Themselves – CrownsDown & TheFREEhoudini
The Wooden Birds – Magnolia

Hope you guys have a great New Year!!!