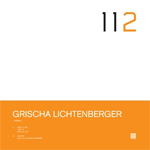 ~Treibgut fits snuggly into the sonic world of Raster-Noton. For this EP, his first release for the label, Grischa Lichtenberger‘s primary sources are found sounds from the world around him, including the sound of a sliding tabletop, the noise of a radiator and the humming of a broken device. Apparently, the music reflects Lichtenberger’s reflections on the landscape of the river Rhein. Which, frankly, comes as something of a surprise since nature is just about the last thing that the music evokes. The atmosphere is extremely industrial and manufactured.

Like the music of label primus motor Alva Noto, Lichtenberger’s work is all percussive. He takes his sound sources and manipulates and processes them, cuts them up and rearranges them into rhythmic structures. But while Noto’s music is often quite refined and minimal, ~Treibgut is like a jackhammer and power drill got together and decided to form a band. Opening track, 0406_01_RS!, is like the cacophony of a factory – metal on metal, pistons pumping rhythmically, distorted bursts of steam, flying sparks from a welder’s blowtorch.

With one exception, the tracks all bear similar names, rows of numbers and letters, like numbered incidents in a long line of laboratory experiments. Or products on an assembly line. There are no melodies in the conventional sense of the word or other discernible instruments at play. The drill effect that users of the Ableton Live’s Beat Repeat are so familiar with is the defining sound throughout. It’s a mechanical world.

The one exception is calipso, which appears to refer to the CALIPSO environmental satellite launched jointly in 2006 by NASA and CNES, the U.S. and French space programs, and which measures aerosols and clouds 24 hours a day. Appropriately, it features a slightly lighter touch and an unusual sounding guitar providing the sole instance of melodic content on the EP. But the power tools are back in full force on the closing track, 0106_13_lv_3 sand ausheben, which translates as “excavate sand” – an indication that there is more heavy lifting to come.

The title ~Treibgut refers to the German proverbial Treibholz, describing a piece of wood floating in a river or the sea. “In this sense it expresses a relation to things: between the observer and the floating thing, which has obliterated its functionality, there is no immediate connection – there is a lack of unifying meaning. Of it, the observer always only sees aspects, while the thing, without him on its mind, drifts by.”

It’ll probably take you a while to grasp the meaning of the concept. Meanwhile, it is best to let the power tools do their work… Recommended for all Raster-Noton fan, as well as Pan Sonic, SND, Hecker, and Atom™