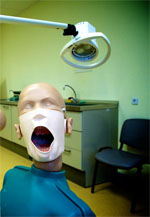 The Sutemos collective is a Lithuanian net label which has been releasing free EPs and compilations since January 2004. Intelligent Toys is one of their best series, in which the label collects works from a roster of eclectic electronic musicians across the globe. And this fifth installment is one of my absolute favorites. First of all, even before I go into listing all of the appearances, let me tell you that this selection of tracks spans three logical disks (well, if it was to be printed, it would fit on three physical disks). There are a total of 39 tracks spanning over three hours of music, a nice batch of digital artwork, and an amazing hand-drawn stop-animation video by no_joy covering the track by Sleepy Town Manufacture.

Walkman, the founder of Sutemos, managed to outdo himself this time around with “the biggest number of highly acclaimed artists that aren’t collaborating with any of the netlabels and who thought that giving their music away for free is stupid. Until now.” And now I must finally break down and list all of the appearances. After an opening track by AGF/Delay (Antye Greie-Fuchs and Vladislav Delay) we dive right into Praveen (Praveen Sharma with releases on Merck, Ai Records and Neo Ouija), Gultskra Artikler (Alexey Devyanin, with releases on Autoplate, Other Electricities and Miasmah), and Deer (yep, this is Martin Hirsch, currently running Neo Ouija records). And I’m only through the first four tracks…

Skip ahead and we fall upon the lovely and delightful tracks by Swod (a.k.a. Dictaphone on City Centre Offices), Miwon (Hendrik Kröz on CCO) and a beautiful glitched out track by a newcomer by the name of NGC 1365 (who is this?). And here comes Yagya (Aðalsteinn Guðmundsson with releases on Force Inc. and Sending Orbs), Maps & Diagrams (Tim Martin on Smallfish and Cactus Island) and… what’s this? Ulrich Schnauss is in the house. And if that’s not enough, there’s more! Few Nodler (Linas Strockis on Planet Mu), IJO (Audrius Vaitiekūnas on Plain), and Jvox (Joel Tallent on n5MD and Ad Noiseam).

I realize that in some ways this writeup is nothing but a three-paragraph exercise in detailed discography of a tightly coupled selection of talent. But how else am I supposed to convey this much music in one release? Look at the names… ponder at the labels… listen to the music… and you’ll be back for more! Be sure to pick up the first four Intelligent Toys volumes from Sutemos, as well as any of their previous twenty-two releases. And yes… all of this is free, so how can you go wrong?