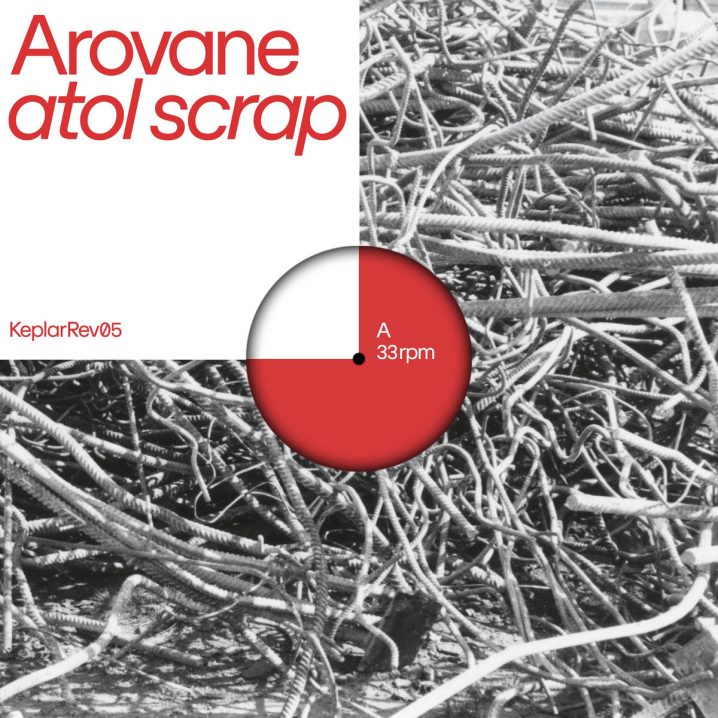 The story of each re-release begins with the original. In the late 90s, Uwe Zahn (Arovane), along with Robert Henke (Monolake) and Stefan Betke (Pole), began releasing music on Torsten Pröfrock’s (Dynamo) newly launched DIN label. This was a very inconspicuous undertaking, but fans of the flourishing IDM, glitch, and constantly evolving abstract techno genres quickly picked up on the quality of sound coming out of Germany. After a few successful EPs, Zahn began working on his debut full-length, Atol Scrap. The release was a success, at least in the underground circles, where followers of the melodic harmonies, stuttering off-beat rhythms, and, most importantly, advanced sound design feverishly consumed the imprint’s output. There was only one thing missing – the album was never pressed on vinyl, and for decades remained in the digital domain. The fans, of course, inquired. There were multiple offers on the table, but Zahn retained control until he was assured that it was properly attained. “I thought of taking everything into my own hands and releasing the record myself,” says Zahn, “but at the end of last year, Matthias Neuefeind from Keplar asked me to re-release Atol Scrap on vinyl.” The label and its owner revolve in the Morr Music universe, and so it made sense for Zahn to trust the platform to treat the record right.

Listening to Atol Scrap over twenty years later it is inane not to admit how well it has held up. Where other genres clearly aged, becoming stale, bland, and dull, the music on eleven tasty tracks still keeps the neurons tickled with each note. More than an echo of the past, the bottled sound truly has matured. Many of the newly evolving techniques are recognizable on the album. “I created the digital artifacts with a digital multi-track recorder, the Fostex D80,” recalls Zahn. “The thing had a scrub wheel with which I could achieve wonderful glitch effects by winding through the audio data. I have sampled and further processed these artifacts.” And this approach is still embedded in Zahn’s sound design. “I still use my 24-track analog desk from Tascam to mix my audio. I love to use hardware synths and samplers. I’ve definitely built upon my studio experience in the 90s.”

From this debut to the most recent output, Arovane’s sound has evolved to become more intricate, detailed, and pronounced. “My music has become much quieter and much slower. But that’s probably also due to the noise in the world.” And just as Atol Scrap reminds Zahn of the past, retaining charm preserved in a container travelling through time, it also jitters memories of long ago, when we were twenty years younger, less experienced, and bold. For me, among the many records of the time, this album held a special place in life, my heart, and many CD boxes moved across the world. And now I’m only happy to restock the vinyl space, where Atol Scrap belongs among the beloved records. Welcome home.