Let’s start at the very beginning. Can you tell us how you got involved in composing, and what was your very first piece of gear?
The very first piece of gear I got was the Fender Rhodes electric piano and Fender Twin Reverb amplifier in 1981 or 1982. I basically played in a band in high school and that’s how I got into making music aside from learning piano which is what I was doing since I was six or seven years old. Where I really got into making music with other people, music aside from classical music, was the beginning of the ’80s with my Fender Rhodes.

How many different studio iterations have you gone through, and what does your final setup look like right now?
In Düsseldorf where I grew up and was educated in music, I had about 10 or 15 different rehearsal rooms. It was always in old factories or in bunkers from the Second World War. Then they got refurbished and sold to other people. But there was quite a lot. Now that I’m in Berlin, and since working under the moniker Pole, I’ve had four different studios: a very tiny one in the beginning when I came here in the mid-90s. And now I am here in my latest studio. We moved in here three years ago. There is the mastering studio on one side and the production studio on the other side of the flat. It’s pretty nice actually. 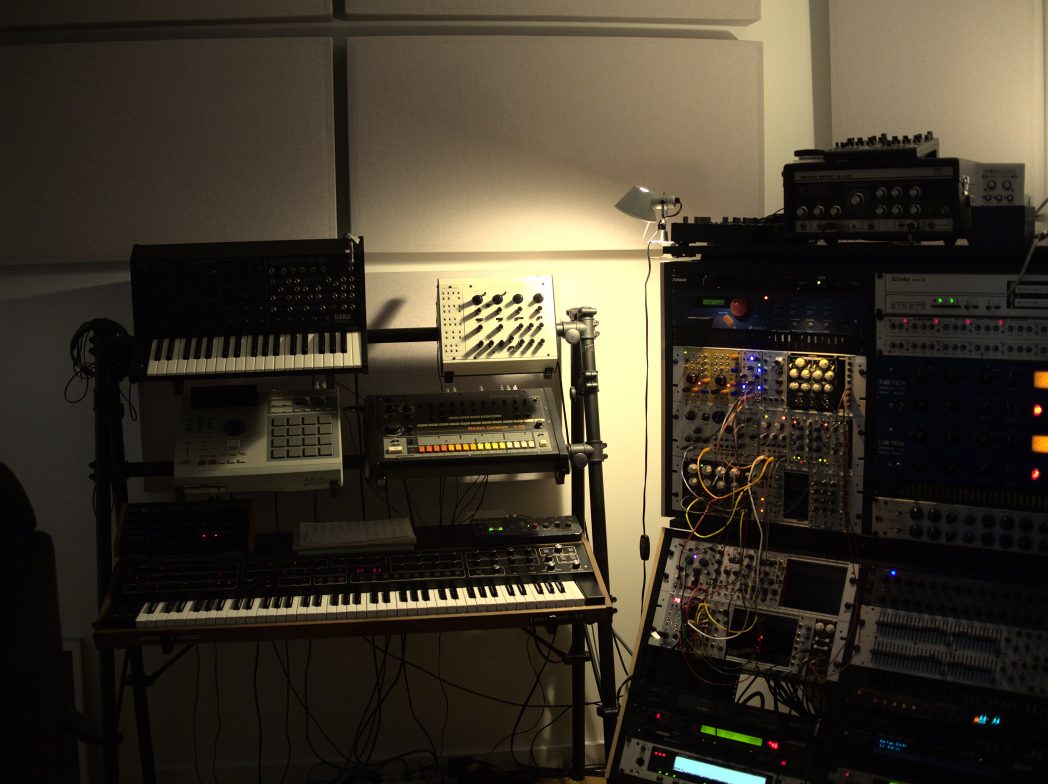 Tell us about your favourite piece of hardware.
I have a lot of favorite pieces, to be honest! While working on the album Fading, I really enjoyed working with the 808 again. It was opening big possibilities for me. I hadn’t used it in ages because I don’t really make beat music but in this case, I used that one. And my Sequential Prophet T8 is definitely one of my favorites in combination with my super old Microwave which I’ve had since it was released in the ’80s. This combination is really my favorite setup: the wavetable synthesis plus the T8 – especially because of the wooden keys so I can play it properly. 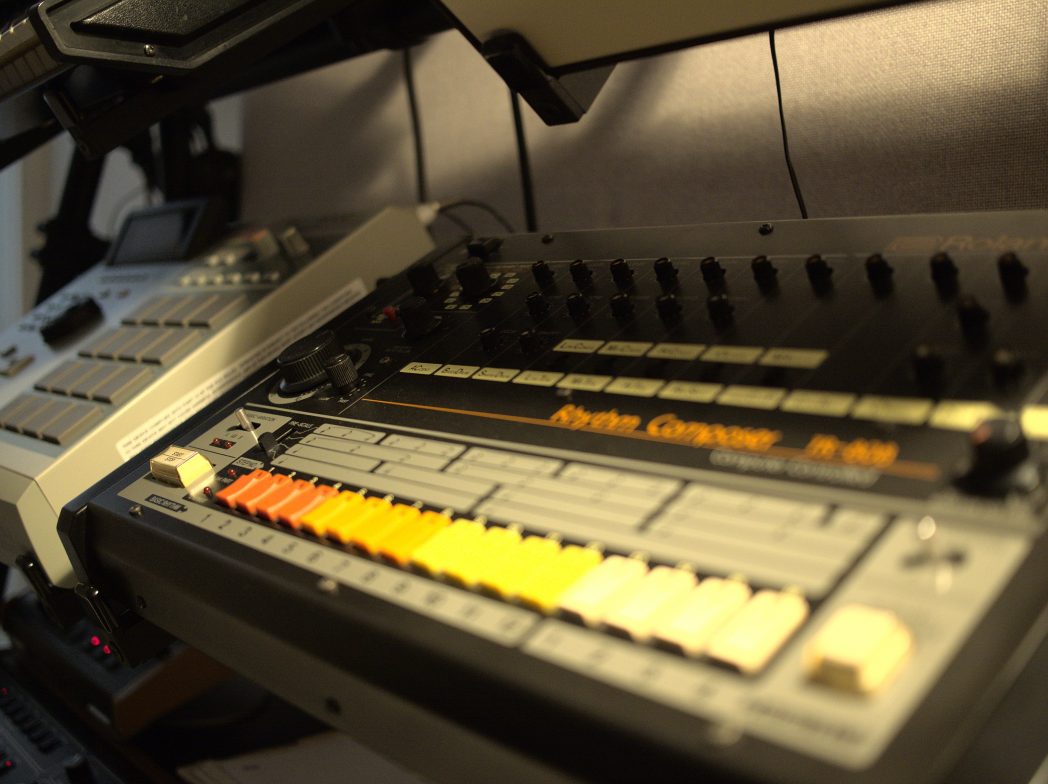 And what about the software that you use for production?
That differs quite a lot depending on the needs I have. Very often I record in Ableton Live, which is the fastest software you can use these days. It’s the easiest to use, it’s self-explanatory, you can edit files, etc. But I mostly use it as a kind of hard disk, like a recorder. Back in the day, it would have taken a 24-channel tape machine to record every single instrument onto separate channels and now I do this in Ableton. If it comes down to other needs that I might have during the production time, I use ProTools a lot. Sometimes Logic. But it’s mainly jumping between ProTools and Ableton. 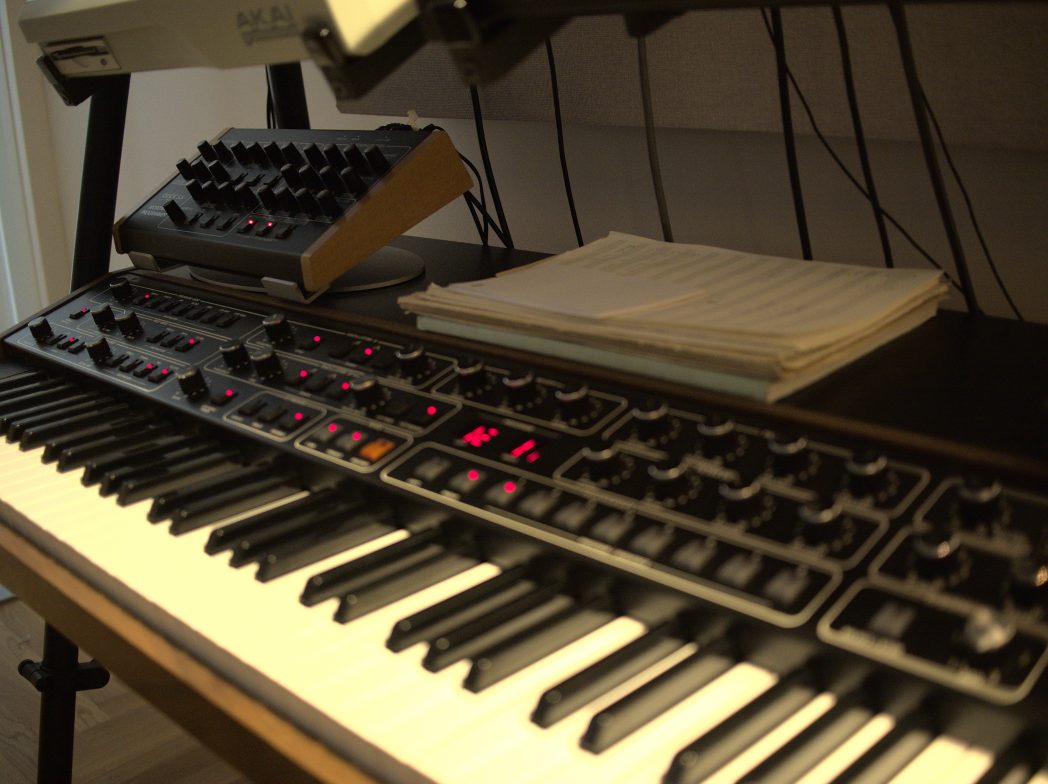 Is there a particular piece of gear that you’re just dying to get your hands on and do you think one day you’ll have it?
There are two, to be honest. I always wanted to have an ARP 2600 which I never bought when it was affordable and now it is too expensive! This is an old piece which I would really like to have. But after the coronavirus crisis when we can go to shops and music stores again, I would check out the Moog One. That’s quite an interesting piece of gear based on what I’ve read about it. I haven’t heard it yet. But I know somebody who has it and he’s really super happy with it. It would be a nice addition to my analog stuff. I mostly use analog anyway. 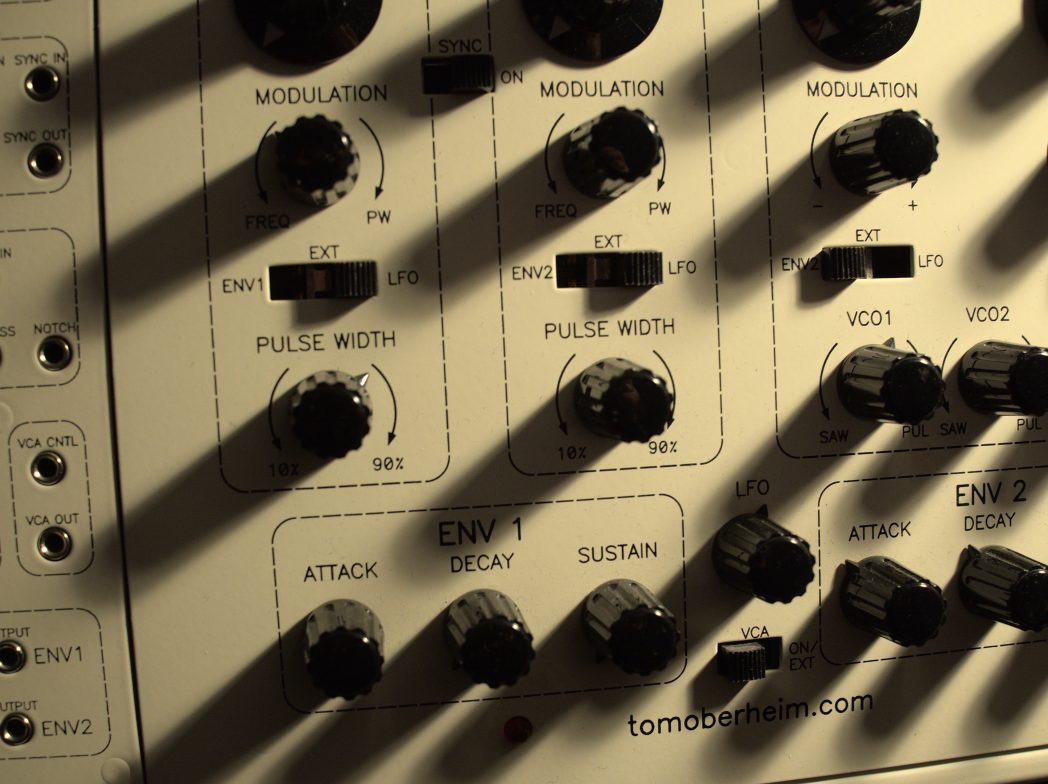 Can you please share some aspects of sound design in your work?
Let’s say it this way, all of the records I’ve produced in the last 20 years are pretty much based on sound design and atmospheric composition and structure. I’m not making any pop songs with an intro, chorus, verse, and so on. I have to fill the missing part up with something else. From the beginning, I put a lot of focus into the sound design. With the 123 trilogy, I focused on how I can work with the clicks and hiss sounds in combination with the super heavy bass lines. How do these work together and then fill the frequency gap up with chords, delays, and reverbs. Fading, the new album, has a lot of sound design in it. But I think I found a little trick to cover the sound design more than I had in my other records. This is more organic-sounding, warm, and really deep. Some of the other productions that I’ve done in the past 20 years were maybe a bit too obvious in terms of sound design. Sound design itself is one formula that I use to make my sound audible. It’s really important. 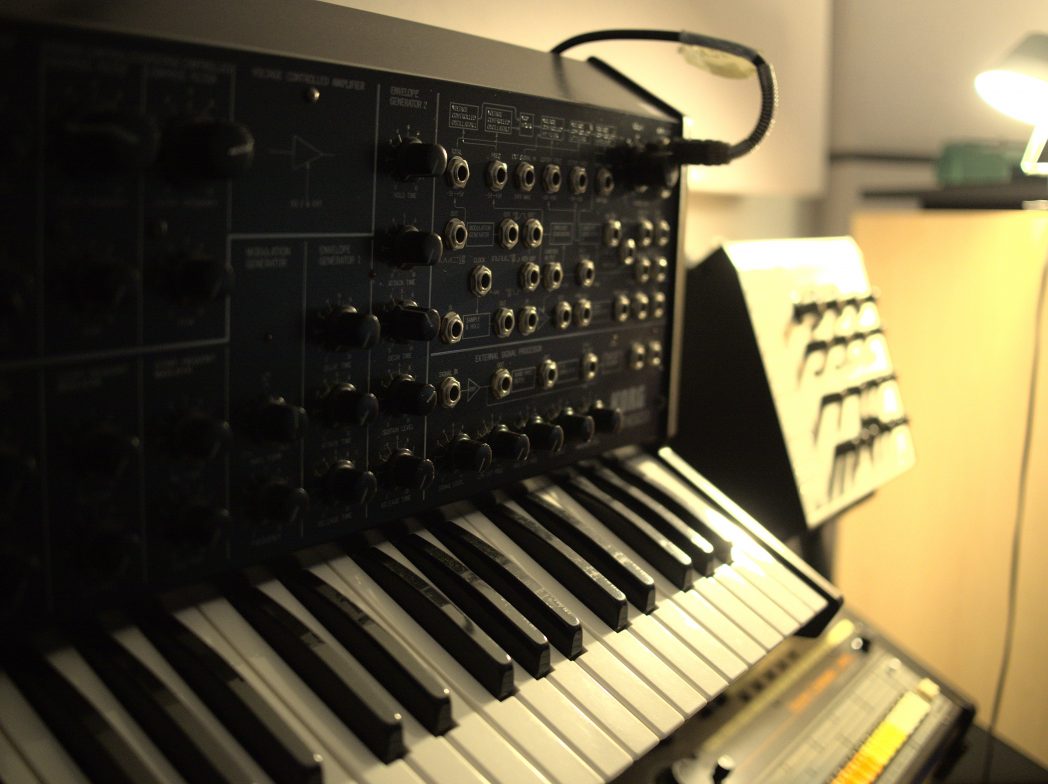 Any particular new techniques that you tried out for your new album?
To be honest, I stepped back a little bit. The big benefit I had working on the 123 trilogy was that I only had a small number of instruments, a very tiny mixing board, and just one effect unit. That kept me from getting overwhelmed by the idea of “oh you can use this synthesizer and that effect unit and this on top of everything.” All of this amazing equipment I have in my studio, made it even more complicated to make a decision on what might be the best solution. Now, I’ve reduced it down to the following: use one synthesizer per track, maybe two effect units per track, and concentrate on the composition itself instead of filling stuff up. So I kind of got back to the old methods again instead of developing totally new ones. 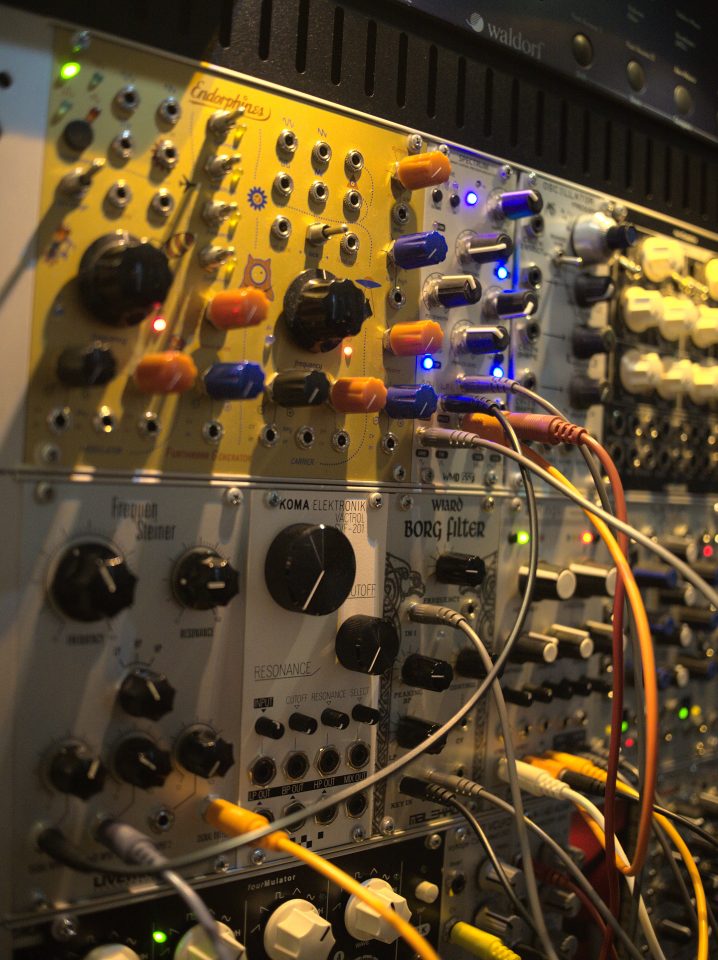 What is the most important environmental aspect of your current workspace and what would be a particular element that you would improve on?
I would definitely try to change my mixing board. It is the key element in my work. Everything is on this analog mixing board and I use a lot of effect units. I’m dubbing and muting channels to see if it works without this one or that one, or adding this part or that part. I could expand into a bigger mixing board, but I think my studio is a little bit too small to do that. It’s not super big, but it’s very cozy. It’s on a rooftop in Berlin, so I have a nice view over Berlin. It’s really beautiful. 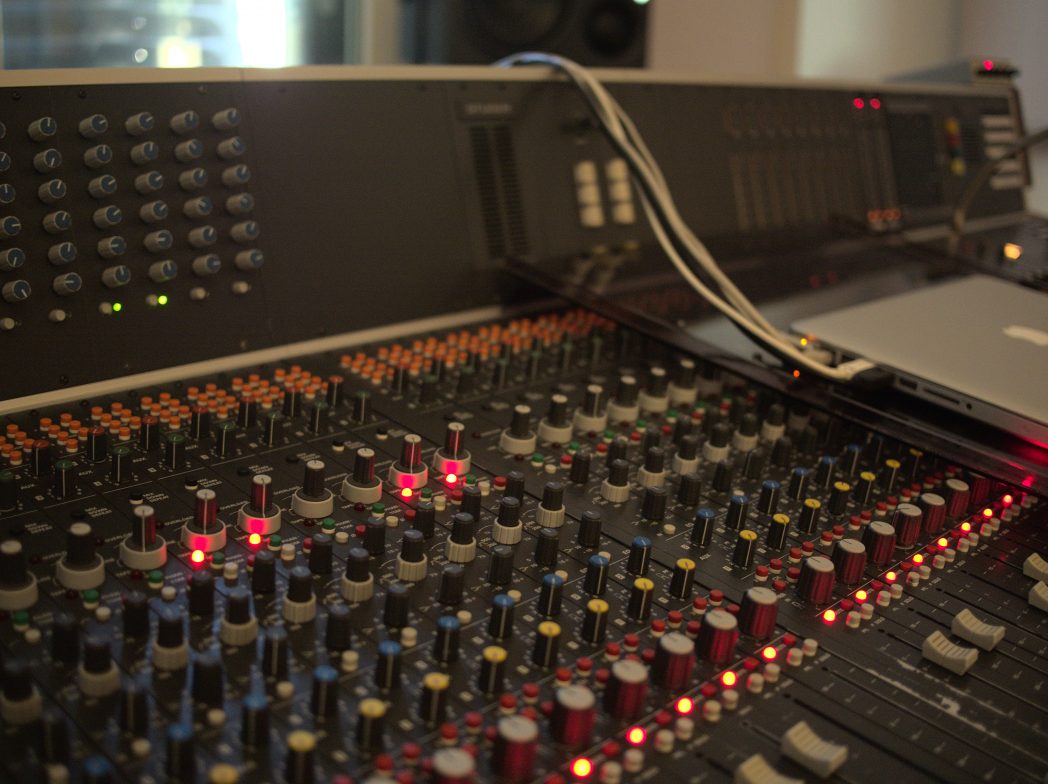 What can you tell us about your overall process of composition? How are the ideas born, where do they mature, and when do they finally see the light?
That is the most complicated part of my workflow. Inspiration can be an open window with the sound coming in from outside or it can be a walk in the city or park or playing around with the keyboard and suddenly I hear something in this little sound which inspires me to go further on. Until I get to point that it’s really leading somewhere, that it creates an idea that pops out of the speakers, it’s a very painful time of waiting. It takes a long, long time of listening to the sequencers or synthesizers in the studio before it actually turns into something that is audible. But once I hit this point, it goes very fast. Then suddenly I have this idea, “now the bass line on the Minimoog, now this on top of it, delete the first idea because that was stupid.” Then it’s the arrangement and then it’s done. But this waiting time until I get the right inspiration for something that I haven’t heard before, is really painful. 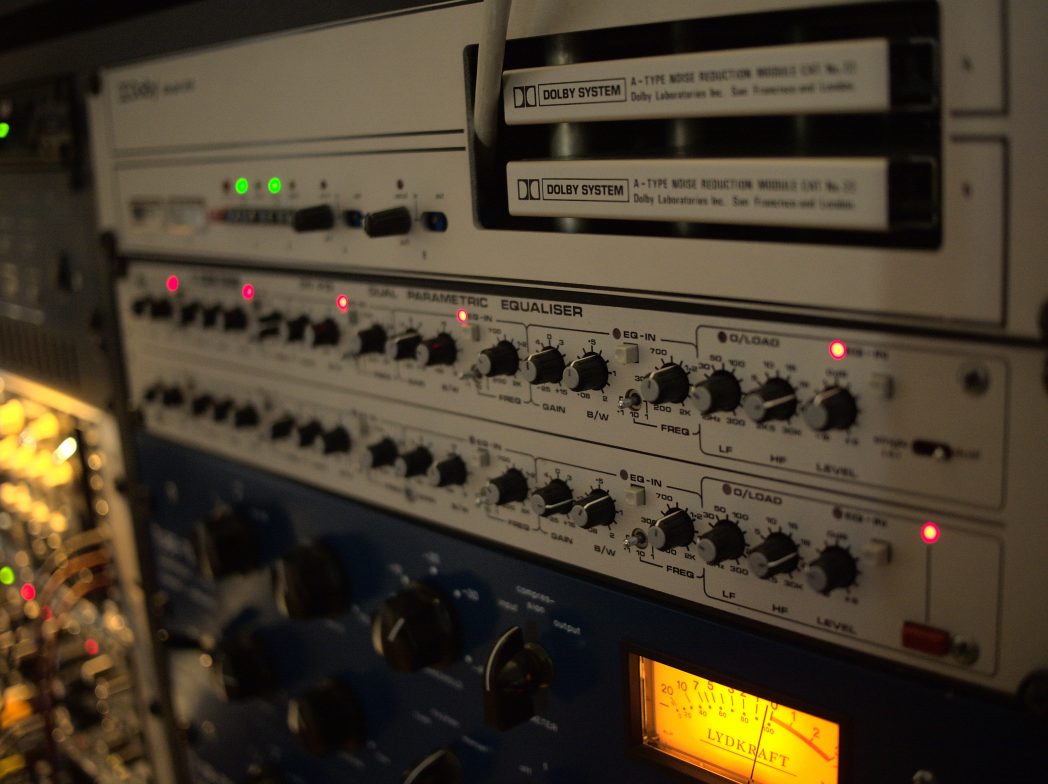 After the piece is complete, how do you audition the results? What are your reactions to hearing your music in a different context, setting, or a sound system?
Every composition stays in a small studio for quite a long time. If it doesn’t work in there, in the same environment and situation, I probably would delete the track and go to the next track. But once I decide it’s rolling and I still find it pretty interesting to listen to, I take it out of the small production room and bring it over to the mastering room where the speakers are bigger. The room itself is three times bigger than the production room. I have a listen there and then I arrange the recordings in the second room. It’s really important for me to get a different perspective on the sound. I might go back into the production room to edit or delete sounds or add other ones. But the final touch to the track arrangement-wise and the decision about what sound will stay inside the composition, that is made in the big room. And then I don’t listen to it at all. I leave it somewhere until I have six or seven tracks together and then I listen to it again, very often in my car. In Germany, we call it Hausfrauentest. You play music in an environment where the sound is not good and you’re supposed to concentrate on something else. If the music still attracts you in the background, then it works as a track. 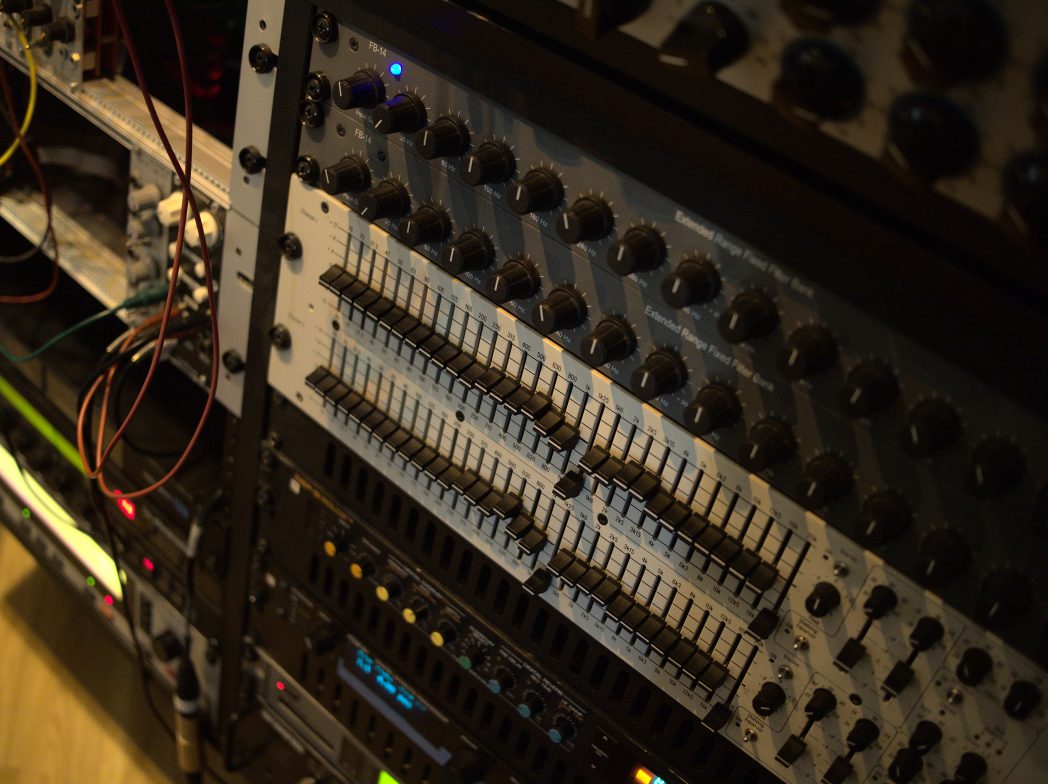 Do you ever procrastinate? If so, what do you usually find yourself doing during those times?
To be honest, I’m always working. I don’t take time off because I don’t consider my musical life to be work. You know, I’m working in my mastering studio. I go there at 10 in the morning, I work for eight hours, and then I stop when I can’t hear anything anymore. But after that, even if I’m just sitting on the couch, I’m thinking about music or what should I do next in my composition. Even if I take a little break to go outside, this is mainly to get inspiration for how I can continue with stuff. For me, it’s important to be permanently involved in mental creativity. I don’t have to sit in my studio to think about my production. Even if I go skiing, I’m hearing sounds everywhere. I try to remember these or I have a little recorder with me and I record these sounds so I can listen to them again when I’m back in the studio. I’m not really this “I need a break” guy. 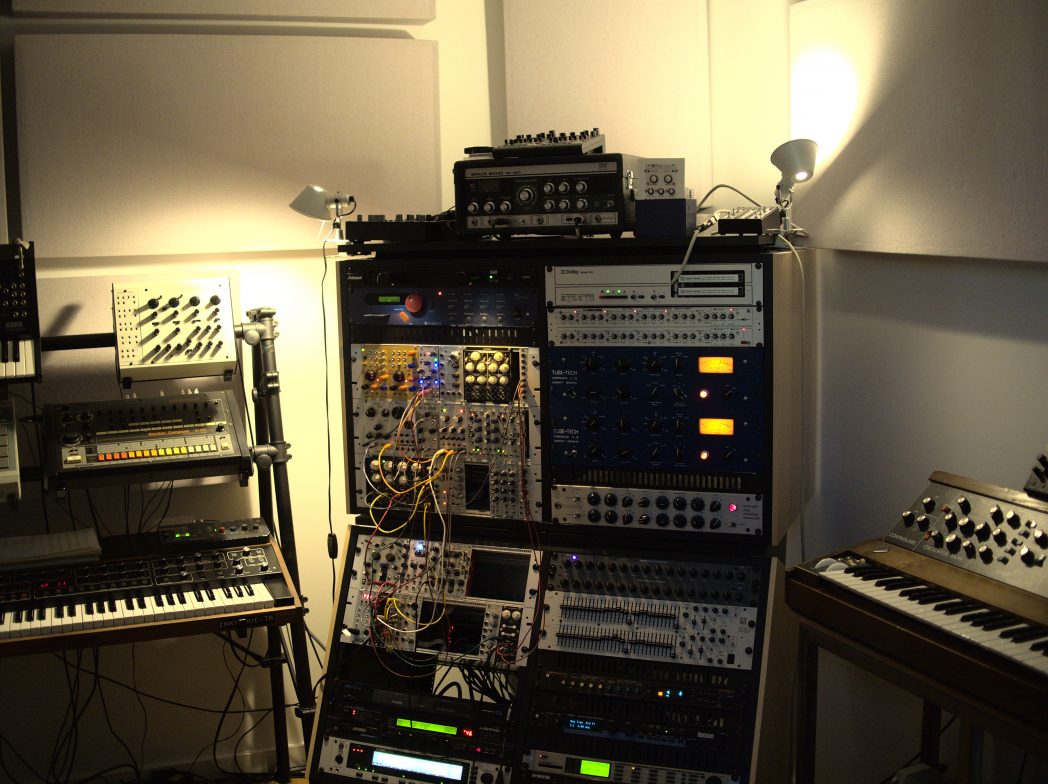 And finally, what are your thoughts on the state of “electronic music” today?
The established electronic music, as we’ve known it for a long time – especially in the ’90s when techno, house, and club music was heavily evolving – is kind of stagnated at the moment and it’s not really going anywhere. When we were still able to go to clubs and listen to electronic music, it sounded pretty similar. It’s not as diverse as it used to be before. But at the same time, I see on festivals like Unsound Festival in Poland, or CTM here in Berlin, or MUTEK Festival in Montreal, there is an addition to electronic music coming from other countries – African countries and Asian countries with an absolutely new touch. They really go toward the limits. The question is do you like that? I’m not judging on it, I’m just saying this is a description, this music is existing. I see young people from other countries, which are now getting closer to us because of globalization, have a different approach than the normal Detroit, New York, Chicago, Berlin, Frankfurt electronic music scene. It’s a different vibe, which I really appreciate. We need development in the whole scene. It’s a little bit too slow. The last big change was dubstep, probably. But even most of the dubstep guys are doing techno nowadays because it’s easier to sell. Electronic music needs a bit of a push, and I hope it will happen.