Let’s start at the very beginning. Can you tell us how you got involved in composing, and what was your very first piece of gear?
I started composing when I was a kid after taking a piano lesson. But at that time it was of course nothing more than a little fun for me to play something I want, as I only needed having time to enjoy some musical freedom to escape from the classical training I had been taking. A small tape recorder was my first gear on which I recorded my piano onto cassettes in my teenage years. After finishing my study I got involved in composing professionally when I started working at a studio that produced music for advertisement works. It was a big deal for me because I had to learn about how to use software and equipment from scratch as I knew nothing about it when started working there. But I found it exciting since I was looking for something new for my musical experience after leaving the classical music world I got to be bored of. But after my experience of working there made me want to make my music for myself, to be apart from working for advertisements which were often mentally demanding. Around the same time, I got an AKAI’s sampler S6000 which brought me real fun to sample my voice, instrumental and industrial sounds. Then layering them up as I wanted. I think that was my real start to be able to be deep inside of the process of composing with gear.

How many different studio iterations have you gone through, and what does your final setup look like right now?
I had quite a lot of time changing my studio environment as I had moved many times when I was living in Japan and also after moving to Berlin. In the beginning, it had never been outside of my bedroom. But in the last couple of years, I got a chance to have a studio separated from my apartment. The previous one I had was in a big building in the very east of Berlin, which contains hundreds of small rooms available for all kinds of musicians. But at some point, it became loud as hell, as there were so many bands and techno musicians all over in the house without any proper soundproofs, then I moved to my current studio since I was lucky enough to find this quiet basement space close to where I live in the center of the city. Here I have a piano, monitor speakers, a few keyboard synthesizers, mics, mixer, and some effect machines. Recently I made a spot for my little modular synthesizer set, which I want to grow. 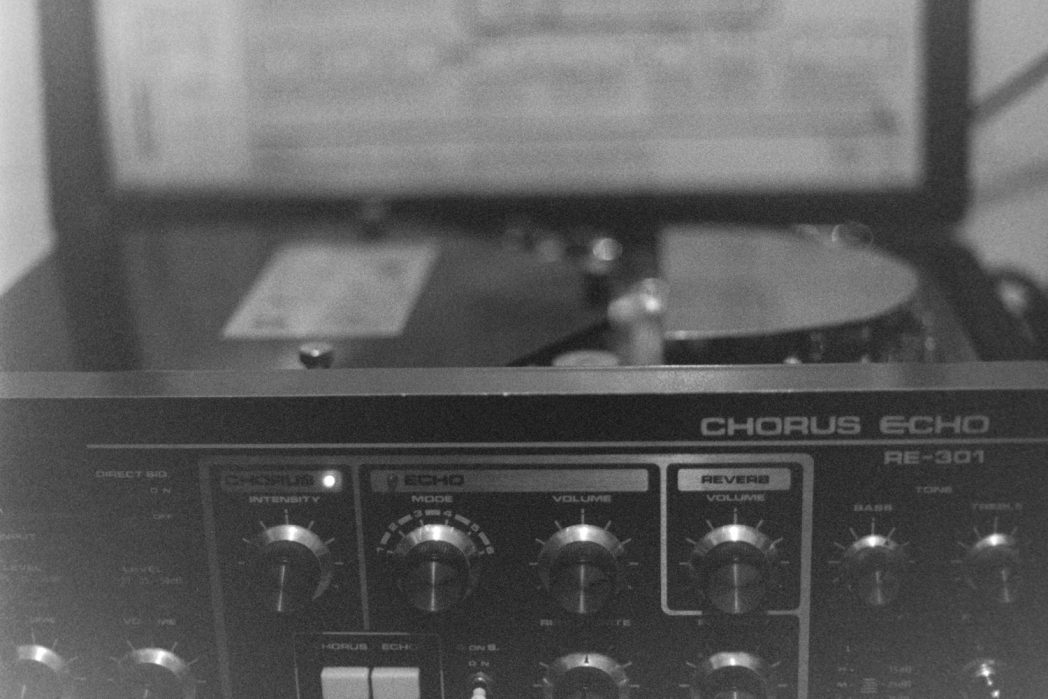 Tell us about your favourite piece of hardware.
It’s hard to pick up one because it has always been changing. But at the moment it is probably the tape echo machine Roland’s RE-301, which I got from a good friend of mine and a great vibraphone player Masayoshi Fujita when he moved back from Berlin to Japan at the beginning of 2020 (Casio’s CT-701 Keyboard was also owned by him and which is a lovely one too). I haven’t really used that for any recordings to release yet, but it gives me joy making some analog sounds and it’s always a great moment for me to be away from a computer which I already heavily rely on when composing.

And what about the software that you use for production?
I’m using mainly Ableton Live for recording and composing, and occasionally Logic Pro X when I want to use certain types of sound libraries such as Alchemy sounds.

Is there a particular piece of gear that you’re just dying to get your hands on and do you think one day you’ll have it?
I think it can be too many when I start thinking about it, and it can always be changing to what I want. I had been avoiding using modular synthesizers because I knew it would take me to get permanent desires. But I ended up starting collecting them. But I set a limit to have them within a 6HE case! 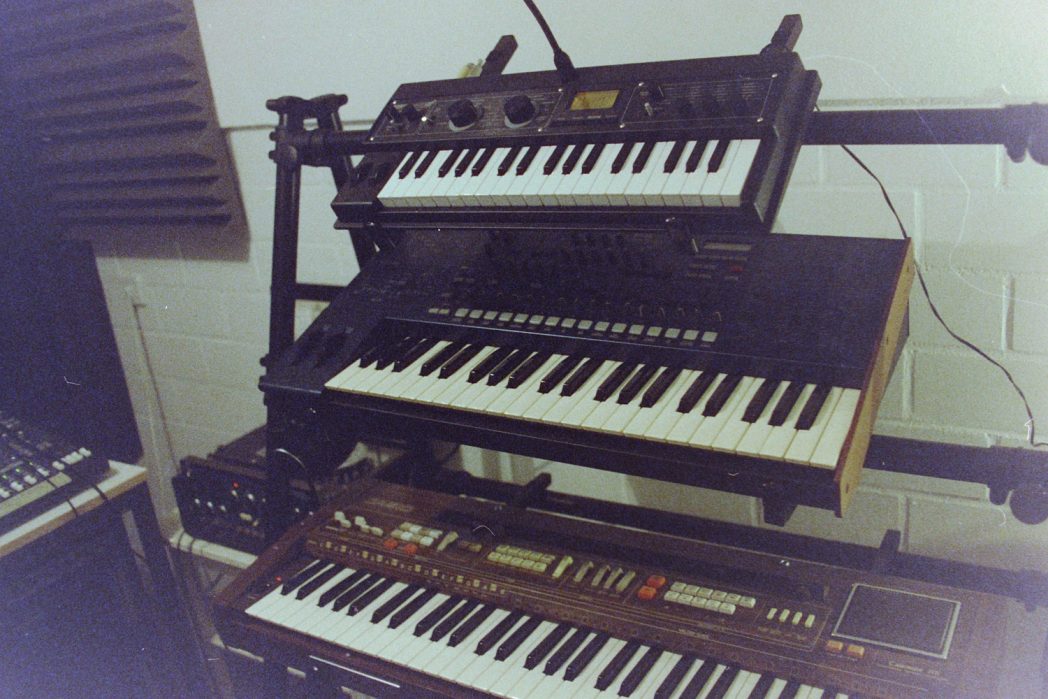 Can you please share some aspects of sound design in your work?
I always like to use effect pedals and various plug-ins on Ableton Live to modify the recorded piano sound, synthesizer, or field recordings, and then edit them further until I get the results I want. I like the moment when the sound world suddenly expands during mixing processes.

Any particular new techniques that you tried out for your new album?
I currently started using iPad apps such as Borderlands Granular and Samplr for some sound design works. These apps were used for a few tracks on my new album Soniscope to transform some sound samples and make loops out of them.

What does your live setup look like, and what do you bring with you when you travel for an extensive tour?
For my Midori Hirano setup, it is always with a piano and some effect pedals. I put a few pickup microphones on a piano to transform its sounds in real-time with pedals. But sometimes I play only a piano without any effects. The MimiCof set often changes a bit depending on what I play, but it always needs a laptop, though I find it boring to use on stage. Other than that, I use Octatrack to play some cut-up samples or beats by synchronizing with Ableton Live. 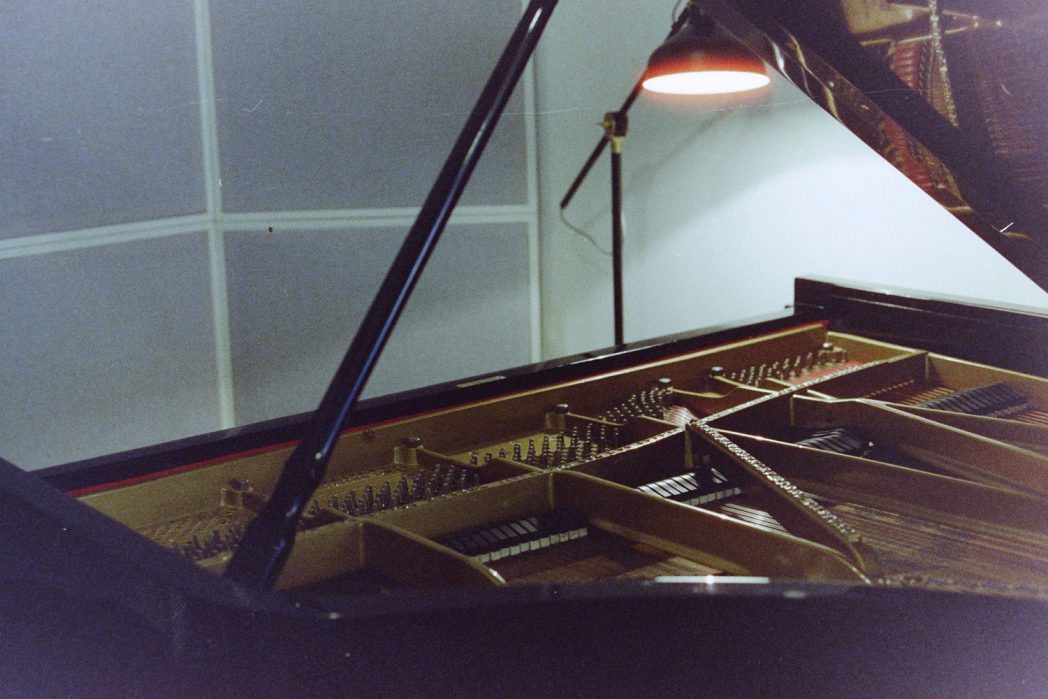 What is the most important environmental aspect of your current workspace and what would be a particular element that you would improve on?
The most important aspect I have now is that I can focus on being able to hear the subtle sound elements when using speakers and headphones for monitoring, and the situation that allows me to play with the proper amount of level is also a good addition, as long as it is during the day. As I don’t have so much gear, everything except the piano is always ready for quick access. But since only the piano locates in a different room, I need to improve the accessibility to the piano, so that the process of recording could be more effective.

What can you tell us about your overall process of composition? How are the ideas born, where do they mature, and when do they finally see the light?
As I have two different projects, the workflow varies depending on which one I work on. When I compose for my primary project under my real name, which is based on piano compositions with electronics, I mostly start with improvising with a piano and record many different phrases and tones. Then later I pick up some recorded samples and do a lot of sound sculpting. Sometimes I add more pianos, synthetic elements, or field recordings to layer them up. When working on my other project MimiCof, which is pure electronic focusing much more on experimental and industrial sounds, most of the work I do is cutting up beats or experimenting with plug-ins for any other sorts of sounds from what I record with synthesizers or iPad apps. I pretty much enjoy jumping between these projects, since I always get new ideas from both experiences. I need both projects to make a balance my musicality and keep my mind fresh. When I work for advertisement works, all those workflows cross over. 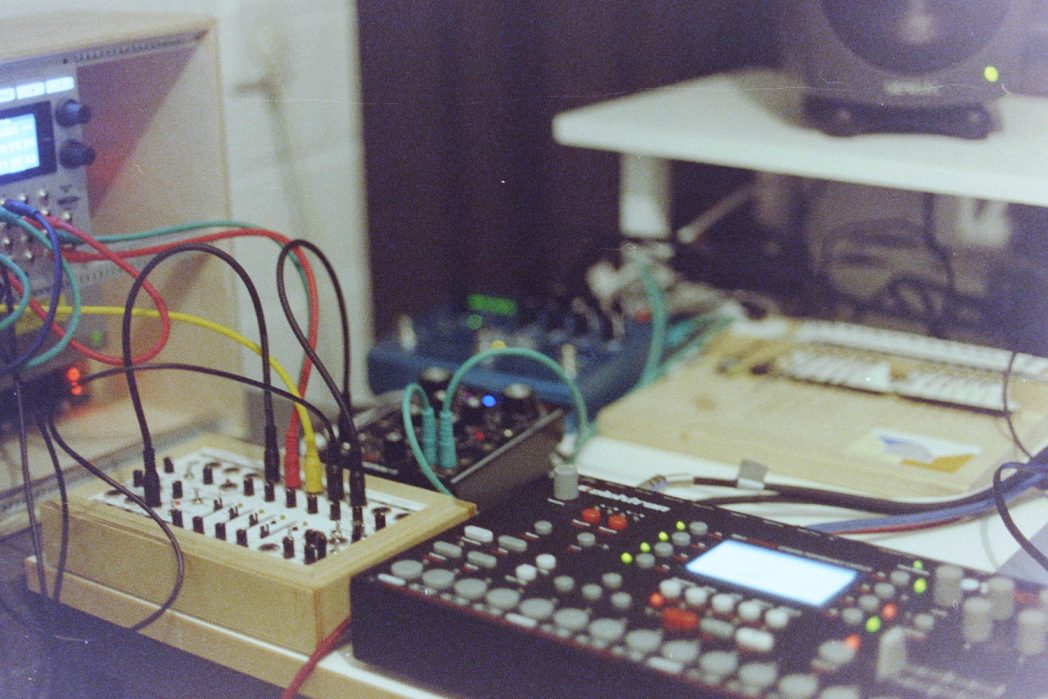 After the piece is complete, how do you audition the results? What are your reactions to hearing your music in a different context, setting, or a sound system?
After I assume the piece is completed, I try not to listen to the piece for a couple of days or sometimes for weeks if the time allows, to be able to hear it again with fresh ears because I often can’t see the forest for the trees. Sometimes I get bored with what I made only one day ago, so I often try to wait until my first satisfaction disappears, and hear it again and see if I can still be happy with the piece. When doing a final mix, I listen to the piece with different sound systems as much as possible. But a laptop, smartphone, or Bluetooth speakers are always the ones I check everything in the end, as these are the devices in which I think most people listen to my music these days.

Do you ever procrastinate? If so, what do you usually find yourself doing during those times?
I do procrastinate, although I don’t want to. Internet is the most toxic one. Even if I just wanted to check the news and learn what is going on in the world, it often ends up being a waste of time for researching nothing. 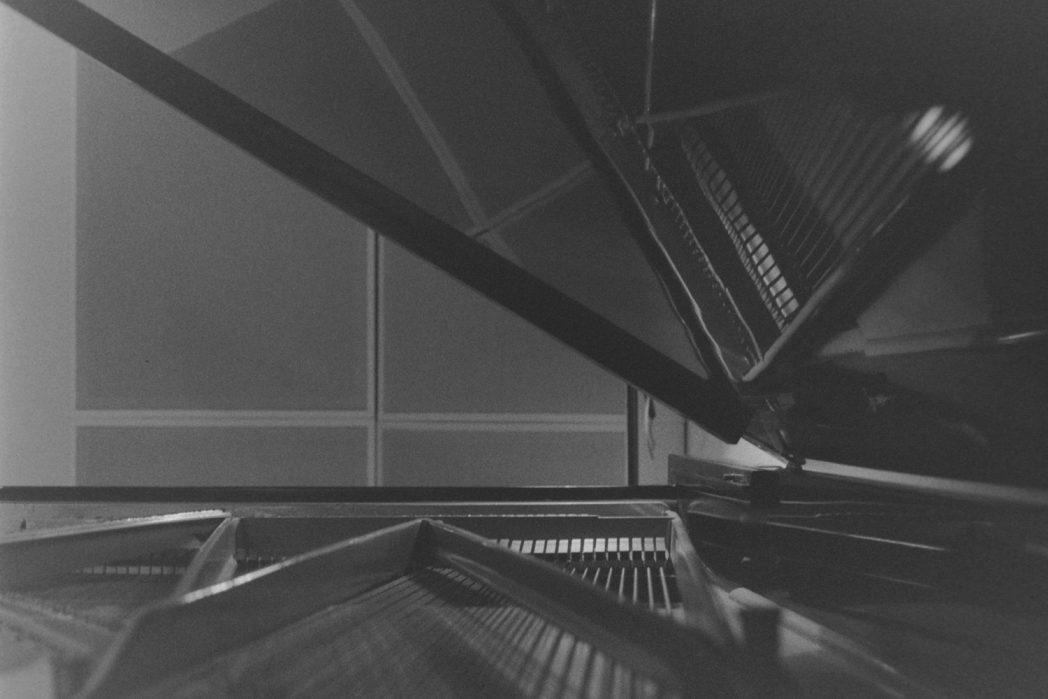 What gets you inspired?
Almost everything I encounter. But they are often the new music, concerts, films or any kinds of artworks I find exciting.

And finally, what are your thoughts on the state of “electronic music” today?
As I see the electronic music already became a part of the mainstream in a way, but also divided into many different scenes/levels at the same time, for me, it’s not easy to say something about it. But I would at least like to say that there are always great discoveries as the new gear, software, and artists are coming up, so I’m optimistic enough to expect what comes next.