I’ve been really thinking about all of these exclusive track premieres I’ve been doing lately. It seems that in the last couple of years, I have increased my coverage to include this special format. In fact, I have three of these premieres just this week! So am I somehow caught up in all the hype of exclusivity? Am I guided by an invisible hand of what I share and when I write about it? Am I just another player in another big machine? As you can imagine, all of these existential questions crept into my mind [and especially, my favourite one, that asks “what’s the point?”]. But then I had a moment of enlightenment. Wait a minute, I thought, none of that is true! I still aspire to acclaim the artists. I still commit to sharing music that has moved me. I still wake up each day to spread this word. It’s just that now I get to do it with a track alongside [believe you me, 75% of all the requests I get, don’t even make it through my email filter]. And so, the more I am bombarded with the music, the more discriminating I become. Which means that when I do receive a piece that resonates and moves me, I’m honoured to reserve a dedicated spot. With this a little sidetracked introduction, may I present you with a brand new signing to FatCat’s 130701 imprint, which the duo of Olivier Alary and Johannes Malfatti call “u,i”. So first, the track, and then a bit more on this new exciting album.

I think the very first thing that strikes me about this album [and particularly this track] is that the music immediately evokes the memory of Jóhann Jóhannsson. It’s a combination of the beautiful strings, the minimal chord progressions, and the effected sampled vocals (a bit like the ones Jóhann used in “Odi Et Amo” on Englabörn). And may I also point out that Jóhann has, too, appeared on 130701 in the past – so it is no coincidence that the imprint’s curator, Dave Howell, has an ear for this type of heartbreaking sound. Oh, and just in case I need a small disclaimer here – comparing this release to that of Jóhann’s is a good thing. It is a very good thing, indeed. The spaciousness between each harmonically-rich string chord, the pure emotion in the voice, however malformed by a process, creates an atmosphere of melancholy, wistfulness, and ultimately hope. 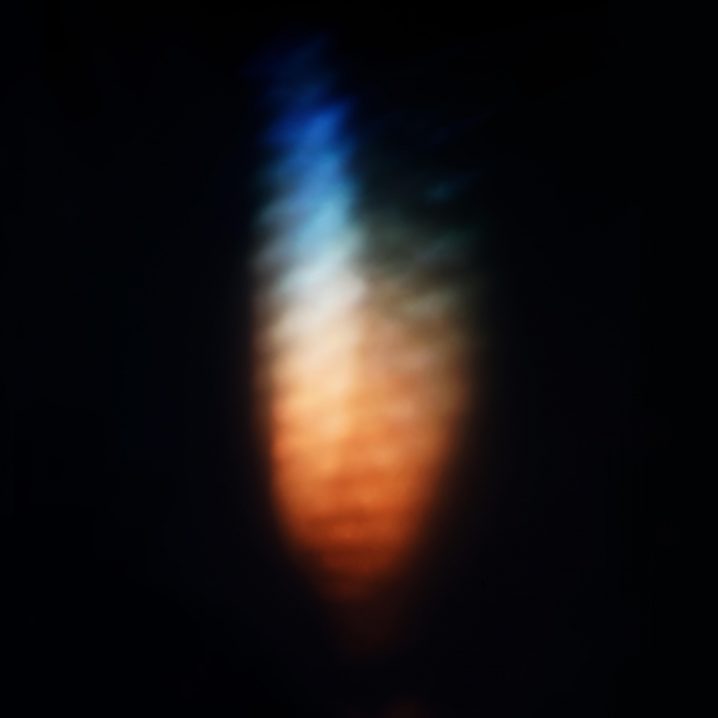 Speaking of process, the entire album was recorded using Voice Over IP with apps like Skype. The duo also used voices extracted from anonymous personal video feeds, in which, as you can imagine, people weren’t “performing” but truly sharing their touching story. I caught up with Olivier Alary and Johannes Malfatti to ask them a little more on this.

Back in the 90s we dreamed of videophones. Then smartphones came along and it sort of just happened. Skype, WhatsApp, and FaceTime became part of our lives, and now, in the pandemic, Zoom is nearly at the centre of all communication across the globe. You’ve started the work on “u, i” back in 2017 – how did the concept of the album evolve, and what are your thoughts when reflection on the progress in this technology?

The genesis of the project came fifteen years ago when we started dreaming about a network-based studio to bridge the distance between us. When the early successful forms of VoIP appeared such as Skype, we used it right away to talk and exchange musical ideas between Montreal and Berlin. It also allowed us to cement our friendship and musical collaboration. But early on, we noticed the sound limitations of VoIP technology and started to poke fun at its distorted and unintelligible transmission quality at times. And during our countless hours on the network across the years, we started accumulating recordings of these strange by-products.

The concept of u,i emerged gradually as more time was spent using VoIP throughout the years. We started to realize that, due to the distance between us, we spent more time online together than in the same physical space. Ultimately, u,i is about human existence seen through the prism of VoIP. It’s a bittersweet celebration of our interconnection, close and detached at once, an encapsulation of our contemporary vaporized social existence represented here by a multitude of disconnected ghostly fragments.

u,i is trying to represent this new online human reality of being (or trying to be) close to a person without actually being physically present. Thus creating a gap, an uncanny feeling of longing that cannot quite be filled. So the album is a dichotomy of sorts. Because it mourns this gap, but at the same time, it’s the sole reason for its existence. Of course, the technology might get better sound-wise and video-wise, but the beauty of unmediated human interaction will never be achieved, in our opinion.

If the duo is a new name on your roster, then let me bring to your attention Olivier’s previous alias, Ensemble, under which, along with Johannes as a co-writer, he released Sketch Proposals on Aphex Twin’s Rephlex. There were also two more albums on FatCat: Ensemble (2006) and Exceprts (2010). Alary’s debut under his real name was released on 130701 in 2016, and if you search the Headphone Commute archives, you’re bound to find a few mixes with his music on them. But enough about the past, and let’s focus on the future, in which at least if not for anything else, you can look forward to this album, to be released on September 25, 2020, with a limited edition vinyl following shortly after.