…centered around the harmonic perfect fifth, the five senses, the divine interval… 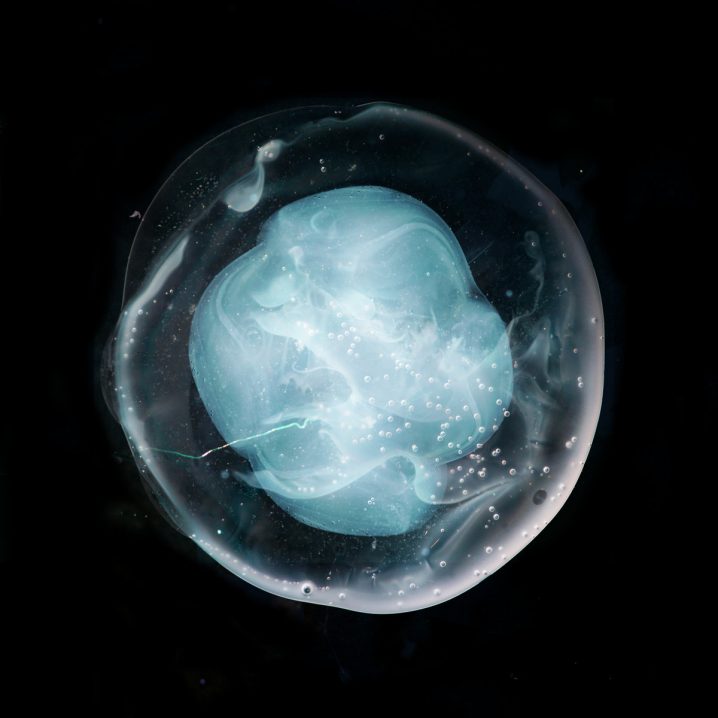 By late 2019, A Winged Victory for the Sullen (AWVFTS) is already a household name for fans of modern classical and ambient composition. From the outset, the work produced by this collaboration between Stars of the Lid’s Adam Wiltzie and pianist and composer Dustin O’Halloran has sounded exactly how you would expect it to – simply mesmerising! Over the course of five releases since 2011, their sound continues to defy logical description: simple yet complex; soft yet powerful; bright yet dark. Getting signed to Ninja Tune is indeed the next step for this wonderful project, as well as for the label itself which appears to branch out into contemporary compositions, bringing us closer to the wonders of the next decade and the music that it will reveal. Let’s dive in!

The contribution Wiltzie has made to contemporary classical music, almost always considered through an ‘ambient music’ lens, cannot be overstated. In the nearly 25 years since the release of the first album by Stars of the Lid, Wiltzie’s revered formative group, he has defined and redefined a particular sound that, while often imitated, is peerless. Though slow and contemplative, his penchant for grand, ocean-deep orchestral swells has never been particularly quiet, making the smallest spaces feel cavernous. The concerts of Stars of the Lid often felt like rock performances (on the ambient performance scale – Bon Jovi they ain’t) with huge, deafeningly loud sections enveloping the audience, along with generous helpings of dry ice. It’s therefore perhaps the combination of this magnificent sound with O’Halloran’s restraint that gives AWVFTS its unique voice – a voice that is refined significantly with this release.

The start of recording sessions for the album was marred by the death of one of their closest friends. Within weeks after the funeral, O’Halloran found out that he would be expecting his first child, and it was soon after that a visit to see the art of Hilma af Klint brought home a profound realisation of life, death, the afterlife, and the spaces in between. She belonged to a group called “The Five”, a circle of five women with a shared belief in the importance of trying to make contact with spirits, often by way of séances. This chimed with the duo’s unspoken approach to collaboration, and nudged them to return to their writing process centered around the harmonic perfect fifth; the five senses, the divine interval – The Undivided Five.

In the press release ahead of The Undivided Five, Wiltzie and O’Halloran reflected that the writing and recording sessions were the first in several years in which there were no external interests invested in the direction of the work. Having dedicated recent works to scoring stage and screen, AWVFTS used this freedom from expectation to explore conventional and unconventional sounds and techniques, ruminating on ideas and letting pieces unfold organically. As a listener, there’s a joy to be found in letting these pieces unravel slowly too, as sounds and structures emerge from the silence before disappearing again.

Album opener ‘Our Lord Debussy’ treads familiar ground. O’Halloran’s unhurried but deliberate piano chords over a droning orchestral bed are immediately reminiscent of 2011 debut self-titled album opener ‘We Played Some Open Chords and Rejoiced, For the Earth Had Circled the Sun Yet Another Year’. The composition and delivery feel, however, darker and perhaps more mature, a mood that pervades throughout the album’s 45 minutes. What’s also immediately clear is the clarity of these recordings, owed in no small part to the mixing by longtime collaborator Francesco Donadello at Vox Ton in Berlin. The depth of the sounds heard in these tracks is spectacular, giving each track an ornate, painterly quality.

The Undivided Five is a celebration of the dusty, memorious spaces in which it was recorded. Like former Erased Tapes labelmate Nils Frahm’s recent artistic residency at Funkhaus Berlin, Wiltzie and O’Halloran have explored the dynamic and creative potential of different studios and performance spaces on this record. Performing, recording and re-recording in a communist-era studio in Hungary and in the beautiful Saint-Jean-Baptiste au Beguinage in Wiltzie’s adopted home of Brussels, the spaces are chosen again point to an interest in both exaltation and restraint.

The album features an orchestral section (described by Wiltzie as “some of the most rewarding recording I’ve done with an orchestra”), O’Halloran’s characteristic piano and guitar swells from Wiltzie, all of which are used to glorious, triumphant effect. As in 2014’s Atomos, devised to score a Wayne McGregor dance piece, analogue synthesisers are also incorporated. Explored in depth during a 2018 Stars of the Lid tour, this sound is none more prevalent than on the standout piece ‘The Rhythm of a Dividing Pair’. The sound’s sudden application in the latter part of the album is initially jarring, cutting through what is until this point a restrained palette. However, there’s something about the stark, bold application of the sustained notes that carries an emotional weight that’s almost cleansing. It’s a beautiful moment in an album full of beautiful moments.

The Undivided Five is dynamic and intelligent music. It rewards the patient listener while carrying enough emotional weight in its simplicity to be affecting for the listener short on time. In a world of tension, The Undivided Five is a deep breath and a reminder to slow down and take stock.