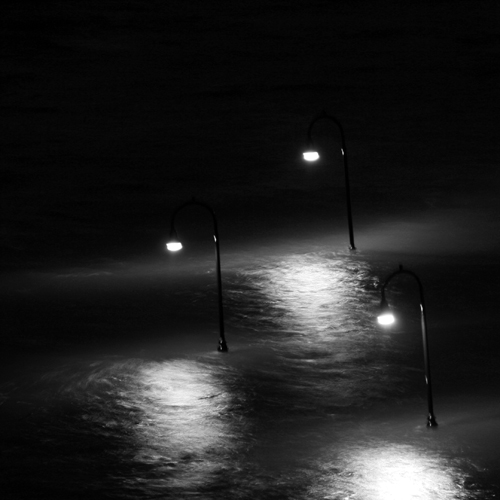 Peter van Cooten has been a long time friend and a co-conspirator in our quest to turn more ears towards ambient and cinematic music. It is a great honor to have Peter put together a mix showcasing his favorite selections from ‘… and darkness came‘ compilation which has been released exactly two months ago today! I could say so much more, but there’s a long intro that I must share with you from Peter:

The sheer volume of the Headphone Commute’s “…and darkness came” compilation –  issued as a charity fundraising for the victims of Hurricane Sandy, and boasting 87 tracks (over 6 hours) of music – was also a kind of invitation to create a mix from it. Presenting a wide range of music from well (and lesser) known artists – covering most of the  ambient/electronic/post-classical/improv  spectre,  the compilation is an overview and ‘who’s who’ of what’s happening  at this very moment. Its diversity of sounds and musical ideas will appeal to everyone with open ears.

Those of you that know some of my ambientblog.net mixes will know that most of my mixes have a cinematic ‘tension/release’ structure, including drones as well as melodic themes… “…and darkness came” offers a lot of both.  But when I thought about creating a mix from this material, I realized that there already were quite a few great mixes around. Mixes that perfectly represented the wide array of music featured on this compilation. I did not feel I had anything to add to those.

So I decided to find another angle for this mix. I chose to leave out the melodic stuff, the beautiful (often piano) instrumentals, the post-classical (or ‘contemporary melancholic’) compositions – the ones that seem to have the widest audience appeal.  And just focus on the, maybe somewhat less obvious, darkest of drones… (Don’t jump to conclusions and think  that I don’t like ‘contemporary melancholism’- because I really do – I play them all the time!)

So here’s some of the ‘darkest of the darkness’. It’s not representative at all of the complete compilation (which is good, since I strongly urge you to download the full compilation for the ridiculous price it is offered for, and in the meantime help fund the cause it was created for). I also  offer my sincere apologies to all artists included for using only fragments of their tracks. That’s just another reason to buy the full compilation!

Thanks to Headphone Commute for making this happen. Whatever the state of the musical “industry” may be in, the musical “community” feels  more alive now than ever before.