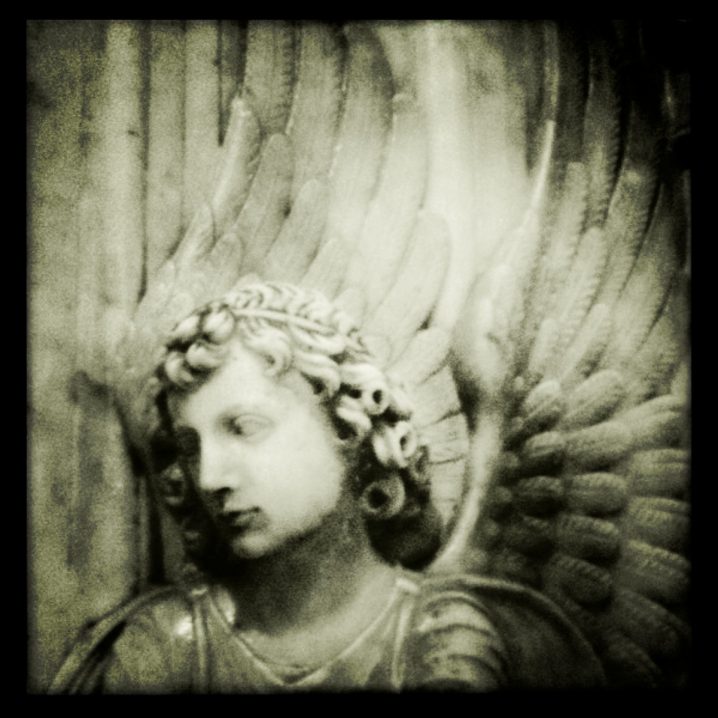 Pensive piano chords, sleepy ambient swooshes, and murky rhythms make up the essence of the music by Scissors and Sellotape, a project by John McCaffrey, also known as Upward Arrows and Part Timer. This new moniker was introduced to us through a self-titled EP back in 2009 on Cotton Goods. This time, for his debut full length release on Facture, McCaffrey’s sound is polished off, dipped into a bucket of well rested effects, and then left to dry on a hot summer plate, before it is allowed to be packaged into a hand crafted album of eleven gorgeous tracks, titled For The Tired And Ill At Ease. The result is a beautiful concoction of subtle electronics, field recordings, and subdued melodies. I simply love everything about this album! From the creaking of a piano pedals, to the dusty cello bowing, all held together with just the right amount of reverb. This is incredibly textural headphone experience.

The album was recorded in only three hours, at St Mary’s Church in Thornbury, South Gloucestershire, England. The final recording of piano and organ pieces were then deconstructed, re-sampled, and micro-stitched to create a piece barely recognizable from the original capture. The concept behind the work explores themes of religion and its impact on the society, while the track titles tie in the album name into contemplative phrases, e.g. “…what can be done… for the tired and ill at ease…” or “…for the tired and ill at ease… i say get used to it… ”

The album reflects an atheist’s fascination with the continuing hold that theology has over people – that despite years of humanistic advance, people still turn to their religion for meaning or relief from the pressures of the real world. “I think people see all kinds of things in religion… in some ways it’s whatever you need it to be. You can project your fears, hopes, or conceptions of justice on to it, and find some validating stream of thought.“ -John McCaffrey

Mastered by the one and only Taylor Deupree, the limited edition is pressed on 180g vinyl, and comes with a 16-page photo booklet. This is only a fourth release by Fluid Audio‘s new sublabel, Facture. The first three included a remix album from the still mysterious Humminbird, a live recording from Un Diable Sur le Tympan, and a 14-track release by y0t0. Meanwhile, the fifth catalog release is an upcoming Olan Mill album. Make sure to keep your eye and ear on this! Highly recommended for the fans of Olafur Arnalds, Nils Frahm, Peter Broderick, Clem Leek and Dustin O’Halloran. Perfect for a meditative weekend, or a reflective moment at any point in time…