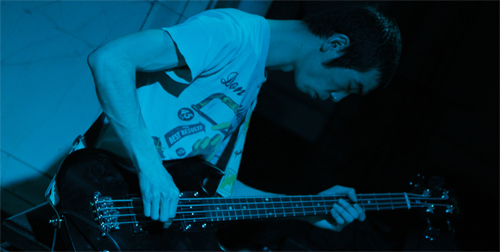 On Saturday, my weekend began with a trip to Issue Project Room, where Unsound LABS featured three performances between musicians that have never worked together in the past, fusing territorial borders, styles and genres. The first showcase featured a set by Norwegian Hai Ngueen Dinh and American Nondor Neval. Throughout the semi-improvised performance, Dinh worked the distorted guitar, skimming through drone and noise, while Neval murdered the drum kit with rapid fire heavy metal rhythms. Half way through the set, Dinh got up from his laptop and attacked the sound, bending his body parallel to the floor, as Neval roared into the microphone incomprehensible lyrics at turbulent volumes. 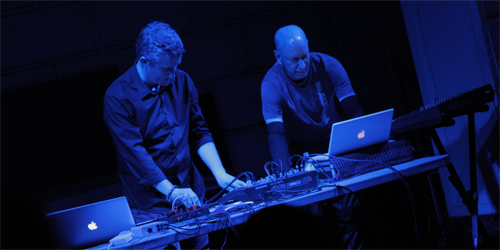 The second combination featured Polish Andrea Pensado and Ukrainian Kateryna Zavoloka. Abstract rhythms and noise piercing circuitry dominated the stage over the sporadic vocal swearing (in what I could only guess to be German) from Pensado’s motion controlled console. Abrasive sounds of this duo only added to the unnerving experience that set the stage by the previous act. The final duo of Dmytro Fedorenko (aka Kotra) and Stuart Argabright (aka Black Rain), allowed me to relax and finally melt in my chair with soothing tones and drones, letting my mind drift with the sounds. This overall avant-garde showcase left many impressions on my already overwhelmed, fatigued, and mildly ambushed psyche. I was finally ready for what I considered to be the main event. 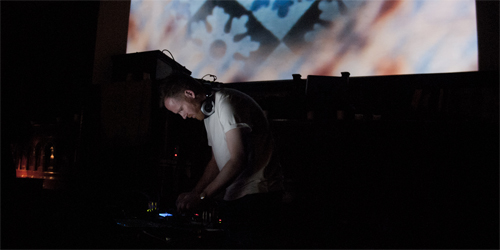 For Unsound’s Transgression showcase, I made my way back into the city, up to 86th street, where I found myself having a beer at the West Park Presbyterian Church. That’s right, there was a home made bar up on the second floor in the house of God. The crowd nervously shuffled around the old wooden floors, afraid that at any moment lightning may strike upon them. For the first performance, Jacaszek lurked behind the laptop, with a live accompaniment from harpsichord and clarinet (if you know the name of the musicians performing with him, please let me know). Listening to the pieces from his latest album, Glimmer, (Ghostly International), the sinners held their breath as the plucked strings and raspy winds filled the church with electronic glitches, acoustic shuffles, and ambient textures. 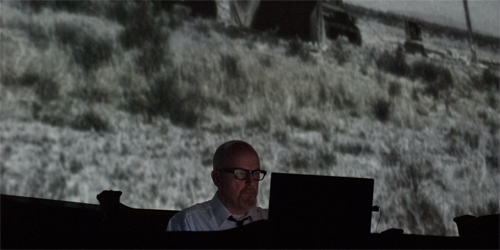 But nothing prepared the crowd for the long awaited appearance of Brian Williams and Gier Jensen, performing for the first time as Lustmord and Biosphere. The atmosphere in the church was replaced with the void – the lord of darkness was in the house. All wooden objects vibrated with the bass, and all metal screws split with the piercing frequencies, as the duo created a soundtrack to the first tests of nuclear weapons in the New Mexico desert. The music was accompanied by film projections of archival and new material shot on location, where the first detonation, under the code name Trinity, took place in July of 1945. The sinister, mournful and distressed sounds explored the themes of the human condition and its ability to finally destroy itself. I always wanted to witness a dark ambient performance in a church, and this one was worth waiting for! 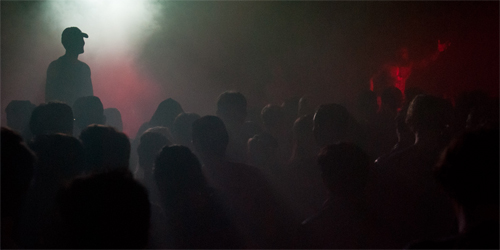 The festival came to a close on Sunday, after a few more Unsound LABS, featuring talks on The Music and Mysticism of La Monte Young and conversations with Lustmord on the TRINITY project. Overall, it was great to finally experience the acclaimed Polish festival in my hometown, even if I couldn’t stay up for all of the late night shows. The schedule was not overwhelming, and the shows did not overlap, leaving attendees plenty of time to migrate between the venues, even if they were miles apart. During the week I was able to finally meet some of my long time favorite musicians, and discover a few new ones along the way. The only thing that could top this experience off is if I experienced it in Warsaw! There’s always next time! Special thanks go out to Gamal at Backspin Promotions for supporting the festival and organizing my Unsound experience.