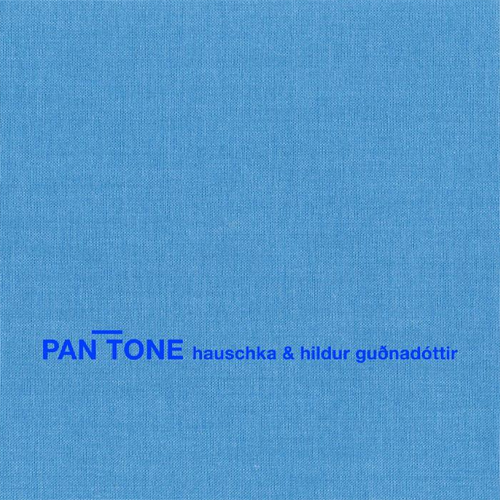 I don’t know where Volker Bertelmann finds the time to compose, collaborate and tour the world with his music, but in 2011 he managed to release three full length LPs and even a 10″ EP, titled Youyoume, on Serein under his moniker, Hauschka. First there was Salon Des Amateurs, a neo-classical take on dance music with two percussion instruments – piano and drums – plus strings and even a trombone. Collaborating with Rosilene Luduvico, he also recorded Unbestimmt for Apparent Extent label, which later got packaged in a Schwerte Box Set. And now we find Bertelmann working with one of my favorite cellists from Touch label, Hildur Guðnadóttir, on the album featured in this review, Pan Tone. I’m also very delighted to see these two wonderful musicians producing a record for a Berlin based Sonic Pieces label – home to many of my favorite modern classical musicians, like Dustin O’Halloran, Greg Haines, Nils Frahm and many others…

For Pan Tone, Bertelmann takes his skills at preparing the piano even further. I can almost see him scratching and brushing at the strings, plucking them with resonant hooks, and processing the output through a set of carefully crafted effects. Guðnadóttir, meanwhile, dwells deeper into experimentation with her emotional cello, at times escalating into tension, at times plunging in despair. Together the duo sculpt sonic compositions based on the colors of the waters, from “Black 6” to “Cool Gray 1”, matching the names of printing inks with the sound of the ocean. On the album, the white frothy waves of Hauschka’s hammering piano are contrasted with the abysmal darkness of Guðnadóttir’s bowed strings. The two meet in the middle, where the blues sparkle in the sun, and grace the limited edition handmade textile packaging of the album.

“‘Pan Tone’ is a recording of a single concert which the duo performed on the 26th of February 2010 as part of Arctic Circle – Bubbly Blue and Green festival at Kings Place in London, and documents an event that would truly never be repeated. Sure, they could attempt to re-create the event, but the spontaneity and glorious serendipity in this particular recording is a pleasure to behold.”

The album ends with a ray of sunlight falling through the dark clouds onto the stormy waters, which first violently crash, then slowly recede and finally melt into a perfect calm. This document of a performance between these two amazing artist is hopefully only a taste of all the great things to come. Just imagine them working on a studio album! Highly recommended for fans of modern classical and cinematic music. Pan Tone has been featured on Headphone Commutes Best of 2011 : Music For Watching The Snow Slowly Fall In The Moonlight. Grab this record, above mentioned releases by Hauschka, and Guðnadóttir’s magnum opus, Without Sinking (Touch, 2009) and Mount A (Touch, 2010).