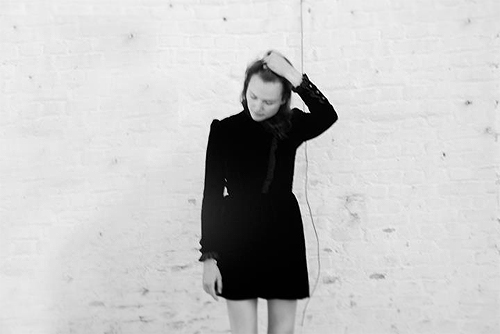 You previously appeared on Kranky alongside Adam Wiltzie in The Dead Texan project in 2004. How did you come about releasing your first solo album?
I got a little lost as I became involved in the music side of The Dead Texan. The Dead Texan started touring in 2005, I played onstage with Adam and we toured on and off for about three years. My leap into the music side of the project started as a practical necessity, Adam couldn’t do everything himself otherwise he would’ve. I came up with a few sounds for live shows and messed around on my own quite a bit. I didn’t have the balls to make a solo record so my ambition was to infiltrate The Dead Texan- make it more of a music collaboration. To my dismay I couldn’t convince Adam, and for good reason. The Dead Texan album was the result of a particular time and place unique in both our lives so in the end we decided to let The Dead Texan rest in peace. I just kept on with my noodlings without any ambition until the next logical step was to make a solo album.

Tell us about the process of composing the music.
I spent 3 years fumbling around with Reason and sound samples I’d collected or made or stolen. I composed quartet parts in Reason using a midi keyboard. I had no idea what I was doing.

And how did you get involved with Minna Choi?
I was visiting Berlin and gave Dustin O’Halloran the music. At this point it was about 40 minutes- synths samples and midi strings with my voice vaguely on top. I told Dustin I was looking for someone to collaborate with on notation to create an orchestra score from the blueprint I’d made. Honestly, this could’ve sounded somewhat delusional or just plain over ambitious and stupid but he kindly listened and told me about Minna. Dustin had worked with Magik*Magik on tour and his buddy Volker (Haushka) has just recorded with Minna and Magik*Magik. I wrote Minna right away, sent her the sounds and she liked it.

Talk a little about the transformation of your originally composed work into an orchestra score.
The orchestra bumped everything up to another level. It wasn’t decided that I would record with an orchestra until the demo was complete. When I found Minna and we started working together I told her which instruments I wanted to use and sent detailed notes. I knew I wanted a string quartet, french horn, and clarinet. She proposed adding the flute. I resisted at first, being like most sane people and cringing at the thought of the pan flute’s general contribution to the history of music and therefore anything flute-esque. I didn’t have a label and was digging a pretty big financial pit for myself. We ended up recording at Tiny Telephone with a 7-piece orchestra and I left the studio with a mammoth Pro Tools session. I was so intimidated by it I didn’t open the session for weeks. Mixing was meticulous and one bastard child was born- Super Interlude pt 1, the French Horn track. The biggest transformation- credit to Minna here- is the climactic ending to Super Interlude Part 2. People have been curious, maybe suspicious even, of how the demo sounded before the orchestra was recorded so I posted it on my soundcloud page.

What about the video pieces that you created to accompany each piece? This sounds like a large undertaking. Tell us about the visuals inspired by the music?
I’ve been making videos for a long time and it’s become a habit to collect, shoot, and organize footage for no apparent reason. The video I ended up making for the album has footage going back ten years. At some point I wrote a short story involving a female character which acted as some kind of glue for me to put the pieces together. There are 9 chapters in the final video and the chapter titles are text from that short story. Keeping the story in tact or publishing it wasn’t important. I’ve posted 2 excerpts and these act like music videos but the whole 47 minute video is meant to be seen its entirety. I guess I wanted to make something other than individual music video for each track so I made an abstract film.

How does your work with visuals influence your music?
There’s a lack of structure in how I work with both sound and image that is at the same time liberating and retarded. I mean it can be a slow way to work. I guess in both cases I’ve learned to work and re-work something until it achieves the desired sensibility. There’s no map, I just research what I’m doing until I’m satisfied. I’m aware this must take a bit of psychosis. No one in their right mind would spend so many hours, months, and years on something of no commercial value.

I hear that there’s also a remix album in the works with quiet an amazing roster of many artists! What was the inspiration behind this compilation and when do we get to hear it?
It was like unwrapping Christmas presents when the remixes started rolling in. They’ll be released on CD together with the entire video on DVD. The release date is set for January 23, 2012. There are 10 remixes in total- they’ll be listenable/downloadable on bandcamp on the week of the release. You can already hear the loscil remix on Soundcloud.

What are you working on right now?
Touring, getting my shit together for performing which includes developing a homemade system of notation. I most recently used this notation system for a show in Stockholm where I performed with a string quintet. I’m also working on Nº2 sound and vids.

Read Headphone Commute’s review of No. 1