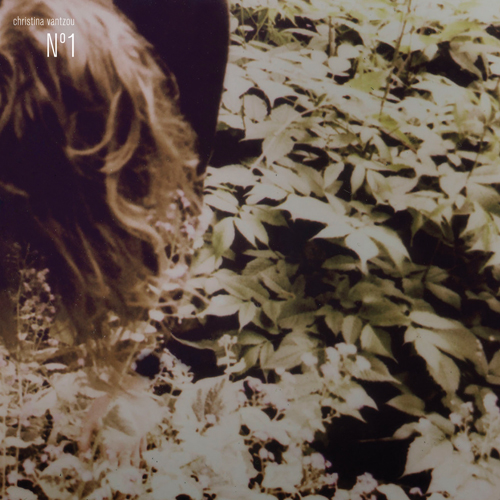 I first came upon a solo piece from Christina Vantzou when I heard her work on Ghostly‘s SMM: Context compilation. There, her beautiful track, “11 Generations Of My Father”, was comfortably sandwiched alongside some of my favorite modern classical and ambient composers, such as Svarte Greiner, Jacaszek, Goldmund, Manual and Rafael Anton Irisarri. That appearance alone caught my attention. The same year, in 2011, Vanzou contributed a track to yet another fantastic compilation – Keith Kenniff‘s Japan Relief Benefit, For Nihon (Unseen, 2011). In fact, both of the above releases were reviewed alongside each other on Headphone Commute’s Sound Bytes special, Music To Lift The Spirits. So yes, you can be sure that have I noticed her work!

Upon further offline research, I realized that Christina is actually one half of The Dead Texan audio/visual duo, with a self-titled release on Kranky back in 2004. Oh, and the other half is none other than Adam Wiltzie! He’s the chap that’s been capturing our hearts with his work alongside Brian McBride as Stars Of The Lid! He also managed to collaborate with Dustin O’Halloran on A Winged Victory For The Sullen‘s self titled debut on Kranky in 2011 as well! With this background in mind, I set off to listen to Christina Vantzou debut with a trembling anticipation… And I wasn’t let down…

After various collaborations and a short tenure as a touring member of Sparklehorse in the summer of 2007, Christina began composing the music for this album. She worked in isolation over a three year period using synthesizers, samples, and her voice. Then, a long distance collaboration with Minna Choi, director of Magik*Magik Orchestra transformed the sprawling 45 minute single track into a score for a 7 piece orchestra, resulting in a two day recording session with Magik*Magik at TIny Telephone studios in San Francisco. The album was finally mixed in Brussels with production assistance from Adam Bryanbaum Wiltzie (Stars of the Lid).

Full bodied strings envelop the air and wash over the morning like late stubborn rain. Brass instruments announce the approach of serenity, with percussion remaining absent. The clearly audible seven-piece orchestra overrides any synthetic residuals, slowly rising in dynamics as if Vanzou just held down a chord. This purely organic ambiance seeps through the core of the album, transforming this ten-track neo-classical composition into a full-fledged symphonic suite.

Since Christina Vantzou is also a visual artist, she created videos for pretty much every track on the album (one of which is embedded in this review above). With the title like No. 1 Vantzou hints at classical naming conventions (such as Opus 1), and builds up on the promise on many great things to come from this Kansas City born, and now Brussels based, new star of the ambient and modern classical world of music. No .1 has been featured in our Best of 2011 : Music For The Film Behind Closed Eyelids. Highly recommended!

[Update] Check out No. 1 Remixes, featuring Koen Holtkamp (Mountains), loscil, Dustin O’Halloran, ISAN, The Dead Texan and others on Christina’s bandcamp page. And check out all 10 No. 1 Remix Videos here!