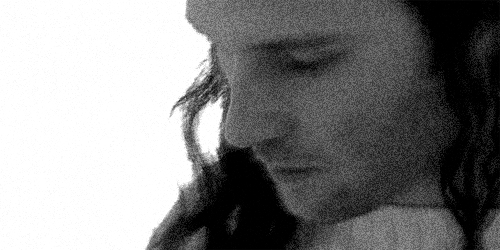 You have been producing music for well over a decade now. How has your sound evolved over the years?
I think my music has always been a mixture of numerous influences, styles. I love electronic music, space and trance, but too, world music, classical, even pop rock. I guess that, since 1996, when  Asura was created, the evolution was natural, cause it’s not commercial music, so it has no boundaries, no limits. I too tried many synths and gears, and for something like 5 or 6 years, many virtual ones. So my sound changed with my various experiments.

360 is an album in two parts. What do the chapters “Before” and “After” signify?
It’s a very personal reason in fact. This album is a tribute to my father who passed away in 2009. He taught me love of music, and I share what I know in part thank to him with my listeners. You are  born, you live, and you die. But you give a message. It’s like a loop. A circle. Life in 360. “Before” is when he was there, and “after” is… you guess what!

And what about the name itself – are you referring to a full cycle, return to the origin, as well as the unity of beginning and an end?
I don’t want to keep my music enclosed in a formatted style. “Code Eternity”, for example, belongs to the past, with its almost exclusive 4/4 beats, acid and loud basslines. We are in 2010 now, no more in the 2000’s. I changed and my music with me. I will keep making this kind of music of course, cause I love it, but essentially for compilations, live acts, for the dance floor too. So now I want to go deeper in a mix of World Music, Trance Ambient, Trip Hop, Classical, Glitch, everything that I think can fit with my soul. I would like it to be a panoramic vision of music, at 360 degrees. That’s why my 2011 album will be very different too, a spacey one. I will come back to a rhythmic album, as it’s the case in “360”, in 2013.

Talk a little about your collaboration with Ayten on El-Hai.
It was a virtual meeting at first, cause we met via Myspace. I send here some drones and she sang (divinely) on it. So we decided to make a track together, and it gave “El Hai”, which means “Living God” in hebrew. And it won’t be the last time. She has a heavenly voice, polymorphic I would say, and i am eager to collaborate on several other tracks, and maybe to released an album with her in the future.

How would you describe your music to someone not familiar with any styles or genres?
It’s very hard, and it has always been, to sum up my style, as I consider my music as a filter, as I said it before. To my mind, it’s World Fusion, more than ambient or trance or IDM, even if my next album will be totally ambient. But I do think that the common point to all of my tracks is  demonstrative emotion, with prominent melodies, rather than rhythmic or atmospheric explorations. By all means, I can’t be really objective, so it’s up to you to decide!

Be sure to read Headphone Commute review of Asura’s 360