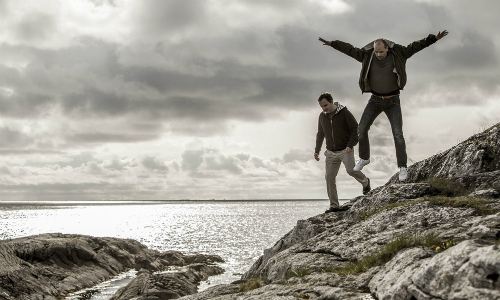 Hi guys… Where are you these days and what have you been up to last weekend?
Hi! Busy days. We both have had lots of non-music activities lately, but we always find the time for Circular. We are enjoying life with family and friends, basically. Bjarte is situated outside Oslo and Jostein is living on a tiny island outside the city of Aalesund.

Can you tell us how the two of you met and where the ‘Circular’ project name came from?
We met in our home town of Bergen, Norway way back in the last century. In fact we were toddlers (well, almost) playing in the same Brass Band. So Jostein was playing the cornet and Bjarte the euphonium (which looks like a baryton or a small tuba). We didn´t connect at that point in time, but it is a bit interesting to know that we played brass music together at a young age. The next time we met was in the Amiga scene (1990) and this time we quickly became good friends. Bjarte was in fact continuing development of ProTracker – the well-known tracker program everyone in the Amiga scene used to create music.

Bergen was (probably is today as well) a thriving musical playground and a lot of people started creating music and hanging out together. We immediately found a common liking for the ambient genre and decided to put our heads together. Our first project was called Ambrosia and we actually created an album under that moniker, but shorty after that we decided to use the name Circular. We can’t remember why we landed on that particular name – probably had a certain ring to it. Something about … no … no recollection. We are old, you see. Memory failure.

It’s been a long journey for you since the ’97 debut, Nanotopia. How has your sound evolved over the years?
Our sound has probably evolved massively over the years. We have always had a particular interest in multi-layered sound and emotional atmospheres that would grab hold of the listener. Establishing that world of immersion that would just evolve over time. This kind of architectural work is now much easier with almost unlimited features and options in a modern DAW. Remember, we started out way back in the stone age when samples were confined to grey boxes and we relied on a bunch of synths. Of course that also means, after all these years, that we have a decent grasp of production techniques and we are actually truly thankful for what a plugin can achieve. So technically we have come a long way since Nanotopia. Thank goodness for that. To be honest we had not a clue, but loved making music and of course that is the most important bit. The tech stuff you will eventually learn – either by choice or by sheer necessity.

Our current sound is an extreme combination of everything we sonically approve of. We still have several of our old synths, but they tend to get used only for that special LFO filter wish wash (get it?). 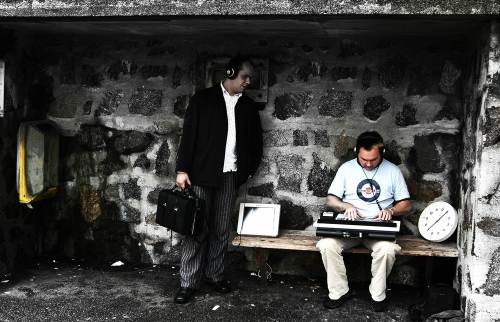 How do the two of you collaborate on the album?
First, when we started out creating music, we could spend countless hours around the clock just having an amazing time. This was a precious time for us – especially in hindsight (it always is). But that created a solid base for our friendship combined with our love for electronic music and in particular ambient. Now, both having families and and other “mature” responsibilities, those salad days are gone, but somehow that time when our days consisted mainly of music, is still an intrinsic part of who we are as a project. sob. in a good way.

Earlier, we were being creative in the same physical space, and now we collaborate through the magic of internet and FTP servers. And we have done this for some years and it is working brilliantly. Very important to meet from time to time to share experiences and just observe how much balder/grayer we have become, but nevertheless a fine working method.

Musically we collaborate in such a way that Bjarte quite often starts a track and establishes an initial sound. Jostein then comes aboard and breaks it up into other directions – adding perhaps also his darker elements to balance and even out the sound, so to speak. Then the track goes back to Bjarte for new elements and progression.

Back in the 90s everything kind of fell under the ‘electronica’ umbrella, with an occasional ‘ambient’ sub-category and maybe even ‘leftfield’. What are your thoughts on genrefication, and do you have any particular feelings towards ‘psybient’ name (and style?)
Being old geezers, the psybient genre just happened without our knowledge, really – so we actually feel a bit disconnected to what the term implies. We simply define ourselves as ambient artists, really. Perhaps the term immersive ambient is better?

You first appeared on Ultimae back in 2009, with your fourth full-length release, Substans. How did you land on the label?
To be quite accurate, we had a chat with our friend Xerxes about what labels we should contact. We had by then two releases on the Norwegian label Origo Sound (most known for the releases by Biosphere) and one on Beatservice Records and we wanted to take the step outside our borders to see what was happening in the big world. But anyway, he recommended contacting Ultimae, and so we did. The response was so warm and welcoming. We were invited to take part at a festival in Asprovalta, Greece and met the whole Ultimae family at a BBQ arranged by Massimo Terranova. That was a fantastic experience for us. We suddenly found ourselves in the midst of great artists and friends. Magnus from Solar Fields, Vincent of Aes Dana, Daniel and Johannes from Carbon Based Lifeforms, Nick from Tripswitch, Gaudi, Charles from Asura etc. Great performers and musicians that we truly enjoyed spending time with. We even met The Orb which was performing just after us. A total blast!

Is there a particular aesthetic and/or concept that you attempted to convey with Moon Pool?
When we started to work on the album, we basically had only one main objective. We aimed to give the listener a continuous and seamless ambient journey from start to finish. To be able to achieve this we knew we had to define the basics for all the tracks within a really short time frame to secure a common DNA. A compilation of material created over a longer time span is in our experience a bit more difficult to put into the same defined sonic landscape. When the fundamentals of each track on Moon Pool had been set, we started to evolve and refine the concept by undertaking the tracks one by one. 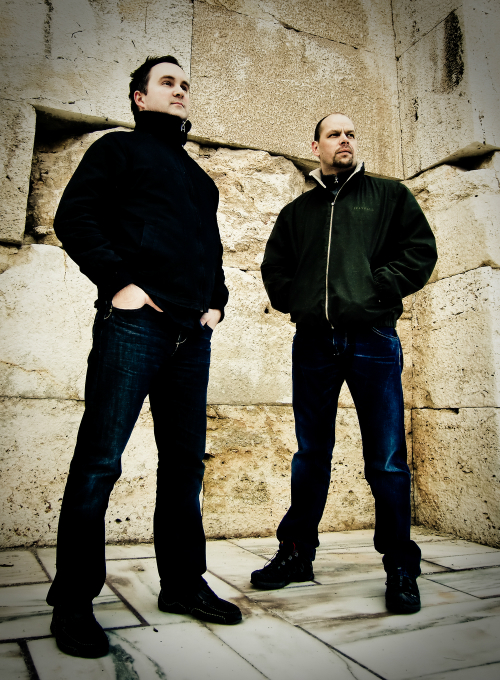 I definitely hear some influences from The Future Sound of London on the album. Is it just my imagination?
Truth be told, we are long-time fans of FSOL. We probably know all their albums by heart and their unrestricted, free use of sound is so inspiring to us. The way their music just flows – picking up new elements and then fusing it all together in a very coherent style, is something we really admire. So, it´s probably only natural that traces of FSOL are evident in our work. Calcium. Of course we are inspired by other artists as well: Biosphere, KLF, Sun Electric etc. but FSOL has a special place in our hearts.

The artwork for the album, as well as the additional photographs in the booklet, are particularly striking. Talk a little about the process of selecting and combining visual imagery with that of your sonic work.
The booklet is created by Sandrine and Vincent (Ultimae). But having more than an average interest in visual communication, we are always part of this process by submitting our own work for consideration. Jostein took some of the photos for the booklet and it is rewarding contributing in other areas than music.

Jostein also created the video teasers for the album. Coming from a professional background of post-production and editing, we think it is paramount that the visuals are cutting edge and high quality. They are the best advocates for our sound online and a good video goes a long way to promote our work. We have also been very fortunate to be able to use breathtaking helicopter footage from Fuglefjellet, a company Jostein used to work for. This imagery really sets us apart and we are very grateful for that.

What are you working on right now?
In the wake of releasing Moon Pool we reset our minds to explore new expressions that are not necessarily far off the sonic landscape found on Moon Pool. We believe we now have set camp on a mountain with a great view, and we have no difficulties seeing the scenery from Moon Pool in the distance. If everything goes as planned, we should be able to share the new album with you before summer next year. Follow us on Facebook (link can be found on our home page) to get updates on our work and upcoming events and releases.