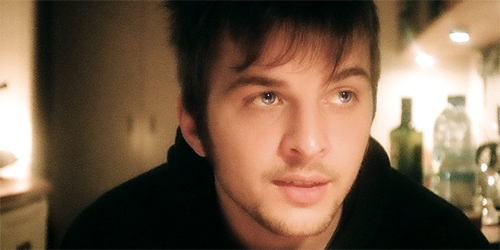 Tell us a bit about the Unter | Über pieces…
James, a good promoter friend of mine, who also runs the Brian Records imprint in Bath, got in touch with me last winter and proposed to produce a handmade lathe 5-inch vinyl. I first thought it was kind of a ridiculous idea, because each side only fits 2 minutes of music max. But I thought about it and just went for it. I knew that you can’t express much in 2 minutes, but I found it very challenging and interesting to try to express at least as much as possible. So I condensed a few ideas and actually rehearsed my pieces (!). This is kind of unusual and new for me, since all the other recordings were more or less improvised takes. So I played the tunes to James and also to Robert at Erased Tapes and they both liked them quite a lot. So we decided to release it digitally at the same time to make it available for more than just 75 people. This release helped me to find a new direction for my next album. I am working on the record right now and I think it will be akin to Unter l Über, but I don’t want to say too much about it yet 🙂

Talk a little about the piano that you play these pieces on. What is its history?
I have a Kawai CS40 piano at home. It is a big upright, which I got from the parents of my ex-girlfriend. They didn’t use it anymore, so I bought it off them. It traveled from Hamburg to Berlin and lives in my living room ever since. It has a nice view into my backyard and when I open my window it talks to my neighbors. They don’t seem to dislike each other so far. No complaints. I keep it in excellent shape and it gets all the love it deserves. I’ve heard from many friends and musicians that this is one of the best sounding pianos they have ever played. I agree. I never played a more beautiful upright piano. I am a lucky chap. It has a lot of bass and it’s really fun to play with it.

What is your setup for recording this magnificent instrument?
I am a huge fan of old valve gear. so I use all these historical preamps, compressors and tape machines. I tried a lot of microphones with it, but I still like my cheap Russian Oktava mics with omni capsules the best as a main AB setup in front of the open piano. I also use Schoeps / Gefell / and old ribbon mics in different combinations. But what makes the sound so unique and intimate on the new single is the fact that I played it as quite as possible, there is a felt damper between the hammers and the strings, plus the moderator pedal is in use, which moves the hammers even closer to the strings and lowers the impact on the strings. The result is that you can hardly hear the piano in the room. People could only hear it if they would stick their heads right into the instrument. And this is the exact place where I setup my microphones. Because the actual tone of the piano is so quiet, I have to add a lot of gain on my preamps, which as a result also boosts all the mechanic sounds the piano produces due its design. Normally every engineer tries to get as less as possible of these “disturbing noises”, but I really love the chaos it adds to the music. It feels like an analog glitch to me. I processed the recorded signal with a chain of wonderful analog compressors and tape saturation, reverb etc.

Also interesting, I had this idea because of my neighbors: in the daytime I can play as loud as I want to, but this is basically the time where I can’t really focus on piano recordings. I love to record at night when everything is really quite, but this is also the time when I should shut up as well in order to not wake people up. So I put on my headphones, crank up the volume of the mics and play as quite as possible.

Do you have any interested in preparing the piano?
So far I have never been into the idea of preparing a piano much and I am also not planning to do it more often. I just love to work with different combinations of microphones, preamps, tape machines and rooms.

Tell us about your collaboration with Anne Müller on 7fingers.
Well, I met Anne Müller when I moved to Berlin and she is an extraordinary cello player. I felt really honoured when she proposed to collaborate with me. We worked a whole year on these recordings. It is a very detailed work and we actually did more tracks then we put on the album. We mostly started with one of my song ideas and then arranged string parts around it together.

Since The Bells, I kind of inadvertently pigeonholed you into a modern-classical category. How did you get into producing glitchy electronica?
I spent years and years with electronic music. I think I never got real far with it, but when you have enough patience and time on your hands, then you can have a lot of fun with a sequencer and a ton of analog outboard equipment. I am still listening a lot of glitchy electronica these days. It is a very interesting genre. I have the feeling that the more beat-orientated stuff disappeared a bit, lately. It’s a shame really. I also just love to produce music which invites you to nod your head a little bit. Have you listened to my album called “Streichelfisch”? People never loved it that much, it is also pretty glitchy.

What can we expect from your upcoming album on Erased Tapes?
I think I answered that already, right? You should expect an album which you will want to listen to on repeat. Haha, just kidding. (still, I hope it will be that good)

Read also our Review of 7fingers and Unter | Über