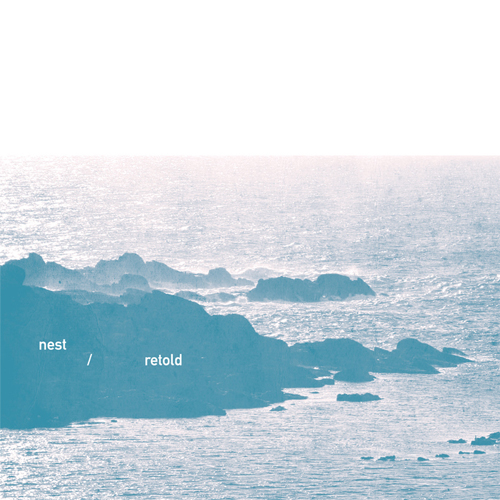 As the snow blankets the ground, and the earth hibernates in preparation for a new cycle of life, gentle sonic frequencies vibrate our outer shells, to keep us warm throughout the season. The sound of Nest is simple, contemplative, intelligent and incredibly gorgeous. Kicking off 2010, and in a sense a brand new decade, Retold is sure to capture your heart and set the bar for all the modern classical compositions to come.

The album strikes your soul with its beauty from the very first track, and you are immediately immersed in the soothing sounds of piano, strings, and tender electronics. Crafted cinematic soundscapes are at the center of the production, setting up the mood and feelings to become the soundtrack to your daily life. Boomkat properly places Retold into its Home Listening category, and I say we should have a Work Listening genre as well – the music of Nest is the only thing that carries me through the insanity of this empty day at work, molding the wasted time into a positive ripple, one note at a time.

Retold is the first physical output by a British netlabel, Serein, which has been releasing digitally since 2005. Nest is a collaborative project of the label owner, Huw Roberts, and Otto Totland, who along with Erik Skodvin (Svarte Greiner) releases as the beloved Deaf Center on Type. And it seems that the first release will set the stage for all of the label’s future output. Serein, following in the footsteps of another netlabel, Miasmah [which, not coincidentally, is run by the above named Skodvin], is hoping to take up some real estate among our shelves of preciously collected masterpieces. And with Retold, I think it has convinced me to shove a few aside.

The album itself could be divided into two parts. Its first half compiling the previously released six tracks on Nest EP (Serein, 2007) in a newly re-mastered form. And the second is made up of new compositions. Musically, however, the story flows, inseparable by medium and time. Between the sound of rain and soft piano keys, the music seeps with melancholy, slowly rolling down my cheek, in a tear of solitude and acceptance. This is how things must play out, I guess, in an intricate web of patterns and cycles, with one action setting off the next, including thought and motion.

And since this is the first physical release, a quick nod to the packaging. A six-panel digipack with design by Roberts contains a solid red disc, with no etching or writing of any kind. The spine of the cover has an echo of the same color in a small square next to the catalog number. I’m going to go completely on a whim here and guess that the subsequent releases will have a similar pattern. That would be neat.

Fans of Biosphere, Deathprod and of course Deaf Center will enjoy this release immensely, as well as followers of everything touched by Peter Broderick, Max Richter, Jóhann Jóhannsson, Helios, Jacaszek and Ólafur Arnalds. Need I say more?

See also Two and a Half Questions with Nest