OK. I give up. There is just no way that I can cover all of the wonderful music out there. There’s just not enough time! But I still want to tell you about all of the amazing releases that come across my desk. So I’m introducing a new feature on Headphone Commute. It’s simple and straight to the point. I’ll call it Sound Bytes. A few quick thematic vignettes and mini-reviews of some of my favorite releases. So let me kick off this feature with three recently enjoyed EPs. 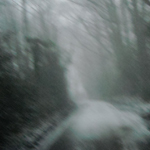 First up is a five track EP from Clem Leek. Consisting of four numbered Snow Tales and a remix, this collection of modern classical and ambient pieces is a sublime journey into the mind of this up-and-coming musician. Each piece has been composed in just two days, while Leek was observing the snow falling outside of his house. The release is accompanied by six beautiful photos, that Leek took with his Polaroid camera as soon as it started snowing. I close my eyes and listen to the tales. Somewhere in the background there is a roll of thunder. Ambient soundscapes, stringed instruments and endless pads swirl beneath the gentle piano keys and drifting vocals to evoke the feelings of stillness, falling, and contemplation. Oh, and did I mention that the EP is available as a FREE digital download from the one and only Experimedia? What else can one ask for? Don’t forget to also grab Clem Leek’s debut EP, Through The Annular, which is available from his own label, Schedios, and his bandcamp page. Also, looks like Clem Leek will be performing alongside Simon Scott and Machinefabriek on May 19th, 2010 (more info). Fans of Max Richter, Jóhann Jóhannsson, Nils Frahm and Keith Kennif will surely enjoy. 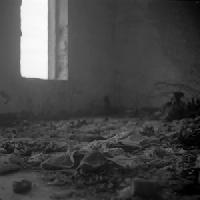 This is the second EP by Rafael Anton Irisarri on the Thrill Jockey distributed label, Immune, and I’m already all over it. His last EP on the same label was a beautifully packaged two-track 7″ vinyl, titled Hopes and Past Desires. With only three tracks, Irisarri crafts one of his best releases. Seductively constrained musical phrases, barely audible scratches, and incredibly tender piano notes encompass sorrow, longing, and nostalgia. Although three years apart, Reverie seems almost an echo of Irisarri’s similarly titled debut full length, Daydreaming released on Miasmah. “Für Alina“, the third 13+ minute track on the EP, makes me feel like I’m eavesdropping on a piano confession, sharing intimate moments of deep solitude through a lens of a vast ambient distance. This piece is a rework of Arvo Pärt‘s likewise titled “Für Alina” – I’m pretty sure that Irisarri must be a fan of the Estonian’s tintinnabuli style. And… now that it’s not a secret anymore (since even Wikipedia quotes it), I’ll be happy to reveal that Irisarri’s side project is none other than The Sight Below, for which you must have read many praises already on these and other pages. Speaking of which, be sure to also pick up an upcoming TSB release in collaboration with Simon Scott, titled It All Falls Apart out on Ghostly International in April, 2010. 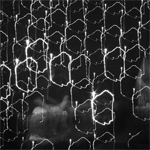 And that last sentence was a perfect segue into a new EP by Simon Scott – a 16-minute single-track piece, burned on a 3″ mini CDr by Secret Furry Hole. This is the second release by Scott after his critically acclaimed Navigare (Miasmah, 2009). As interesting as it is, the EP was also written during a heavy snowfall late last December in Cambridge. Nivalis is Scott’s “tribute to the winter, the snow and the beauty of how the seasons change here in England“. Swells of strings are drowned in low-fi field recordings of Scott removing ice and snow from his doorstep, repetitive hypnotic patterns of organic soundscapes, and the distant, barely audible, subtle vocals. I mean, if you have to go out and shovel some snow, you might as well have Nivalis on, as a soundtrack. If not, go out and stare at the reflection of the moon, and slowly drift between the spaces. This is all there is – between the now and always – the isness. The EP is available directly from the label, but hurry – it is limited to only 200 copies! Be sure to also pick up other goodies from the label. Open your wallet and grab some limited releases by Buzz Aldrin, Hauschka, Glenn Johnson, Peter Broderick, His Clancyness, and the debut label release with collaboration by Library Tapes / Machinefabriek / Fabio Orsi / Die Stadt Der Romantische Punk – with compositions based on a sampled symphony by Henryk Gorecki.

I pause and think about this for a moment. This morning we had a heavy snow storm. I woke up, and the first thing I did was put on Clem Leek’s “Snow Tales” not realizing how appropriate it was with the weather – it was just something that was perfect. Commuting to work, the music inspired me to start this new section, Sound Bytes. My office was desolate, with many people snowed in, so I kept on listening to the music, migrating over to Rafael Anton Irisarri. I then remembered about Simon Scott’s release, which I also meant to write about, not realizing that it too, was about snowfall. It was written during the snow fall. The three recordings have a definitive theme, and I, not realizing it until this very moment, was in the same world for the entire day. So… I pause and think about this for a moment. Coincidence? I don’t believe it.  ~HC