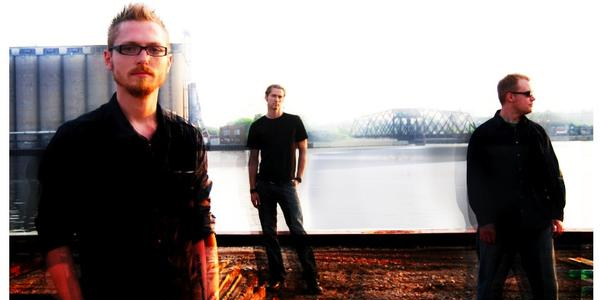 How did you guys meet and create Lights Out Asia?
Chris and I used to play in a band called Aurore Rien, and Rushmore was also with us in a band called Lucia (Rushmore was a founding member). We’ve kind of always been around each other and involved in projects in Milwaukee and Chicago. After Aurore Rien broke up in 2002, Chris and I worked on a few songs casually and found that we had a similar vision about how to make music blending electronics and more post rock elements. At that time there was not as much of this style of music, although Morr Music had been putting out records that were big influences on us. But Chris and I found that we had all of these common themes and ideas and hopes about what we could do with the music, and Lights Out Asia sort of formed along with Garmonia. When we wrote “Hail Russia” we weren’t even sure that we were going to be a “band” yet, we were just sort of hanging out in Chicago and jamming to a little digital ADAT. More songs came quickly and then the aesthetic template was formed and we decided to do a run of CDs with SunSeaSky. We asked Rushmore to join the band to help out with touring and then we asked him to stay on full time.

There are more than a few references to Russian language in your tracks, titles, websites and even photos. What’s up with that?
We, especially Chris, are Cold War buffs and have always been fascinated with the Soviet Union and Russia. We see it almost as a “parallel America” that is like a mirror image of the US, reflecting some of the negative aspects as well as the positive aspects of our modern society in the “free” world. We also find the cold war aesthetics and moods to tap into an element of isolation and threat that is very palpable and still quite relevant in the post-cold war age. The blending of technology, ideology, symbolism and sound that is present in a lot of these cold war themes is very interesting to us, and we feel that our listeners pick up on this as well.

Your tracks are mostly instrumental, yet you manage to add vocals in all appropriate times. How do you work out the placement?
We build the songs track by track, and sometimes a song just calls for a vocal line. Usually Chris will feel something emotional about a track and he will put down some lyrics that just seem right. Occasionally Rushmore or I will talk him into it but usually he knows what needs vocals and we nearly always agree. Vocals are really treated like any other instrument beyond that. The process is the same. We don’t usually put much thought or theory into where vocals come in, it’s more done by feel. Chris often comes up with vocals outside of studio time and he brings a full vocal line to practice and we record it then.

Describe your recording process. How are some of the tracks born?
All kinds of ways. Often times I will put together something with drums and synths and samples and what have you, and it catches on with the guys and then we start to build onto the song or take sections and expand them in practice. Chris has often done the same. Sometimes we start something from scratch in the studio, or start with one riff or a beat or something, but more often now one of us will come in with a fairly worked-out idea. Then you have to kind of get out of the way and let the other guys have their way with it! We’ve been doing a lot with just starting with samples or atmospheres as well. I find that I am very inspired by samples.

What are you working on right now?
We have finished up some remixes and are continuing to finish new material for a full-length on n5MD. It’s going very well! We also are planning to do an album of remixes of our songs by other artists, although this is something that will take some time.