Eilean Rec. was a concept project by Mathias Van Eecloo based on a map with 100 points, each point associated with a number, and each number assigned to a release. Since the number of points was known at its inception, we all watched, listened and dreaded as this map slowly filled up with releases, and finally, came to a close, at number 100 of course, with a celebratory compilation featuring an unreleased piece from each featured artist, clocking in at 6 hours and 16 minutes with 82 tracks. The project was over, but Van Eecloo wasn’t done. Upon the final release, he immediately turned over the focus to a brand new project. “laaps is a permanent continuity in sounds and visual. each release starts with the end of the previous one. in sounds and visually. an exquisite puzzle in 100 points.” Not only has this evil mastermind hooked us into yet another journey, but he also bumped up the stakes, since each laaps release is also available on beautiful vinyl, with the cover of each, yes, bleeding into the cover of the next album to come. Today I’d like to cover its first three releases, just to give you a taste, and lure you into this ride, like a ghost with a lolly. 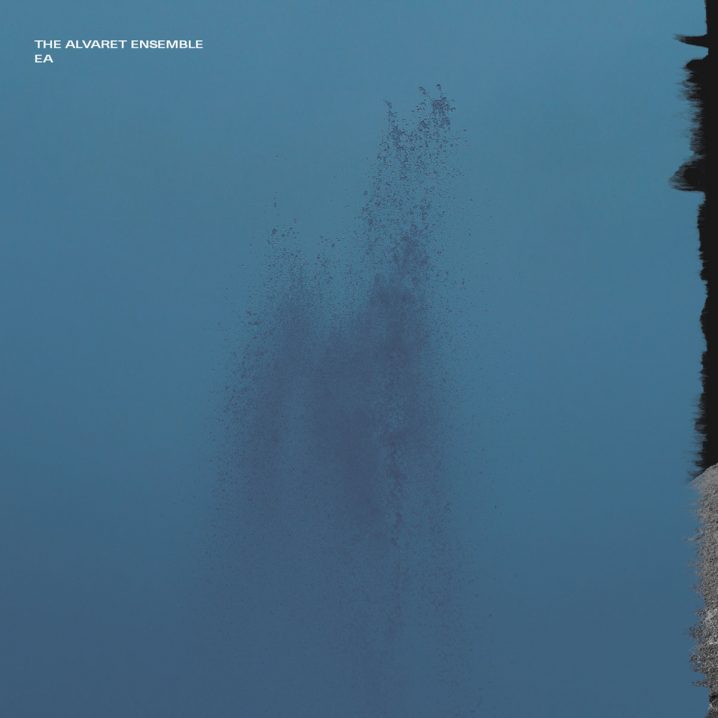 The series opens up with an album from The Alvaret Ensemble, and improv collective featuring Greg Haines on the piano and church organ, Joana Guerra on the cello and voice, Olga Wojciechowska on the violin, Romke Kleefstra on the guitars and bass, Sytze Pruiksma on percussion, and Jan Kleefstra with his haunting words. This is a minimal, slow-moving record, playing with chords, tonalities, and textures in what I imagine to be complete darkness, as Haines evokes a few sad chords, as Wojciechowska pulls on strings that weep at upper register of sorrow, and Kleefstra recites his sermons in the old native Frisian language. This third album by the group, simply titled EA, is a pensive, ceremonial lamentation, at times borderline eerie, macabre and grim. But it is this uncanny ability, which [as per the press release] allows the collective to improvise on the spot, playing off each other’s emotions and sonic queues, which must be recognized with silent applause. I say “silent” because I’m afraid to trespass on the ritual, lest I spook all the demons that EA keeps at bay. “The album was recorded over three nights in a small church in the Netherlands. Just like on previous recordings, The Alvaret Ensemble began to play without scores or discussion. The setting in the church, recording at night and the prominent role for the string section resulted in an album that comes closer the Alvaret’s first album.” My copy of the album, masted by Taylor Deupree, is on a gorgeous 2×12″ white vinyl, which includes an insert containing the original lyrics and their English translations. For a complete journey of this mesmerizing troupe, start with their first two releases, the self-titled debut (2012) and Skeylja (2014), both published by Denovali. 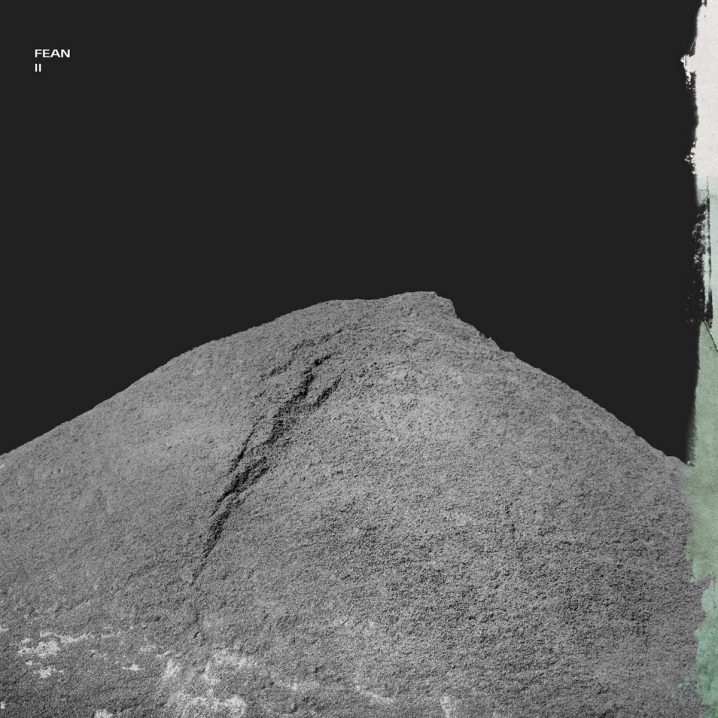 I’ve touched briefly on the importance of continuity between releases of laaps. This cohesion is acutely present between the first and the second catalogue entry for the label. See how the album cover of the EA slowly bleeds on the edge into that of II – the black of the night and the grey of the matter almost begs to be aligned side by side to continue the series. This, of course, is not coincidental, and the two layouts were designed by Sprflxgrfzm [who also designed all of the IIKKI release covers]. But there is a lot more in the seamless transition between the two, especially, if like me, you listen to them one after another. The most prominent recurrence between The Alvaretn Ensemble output and that of Fean is the haunting voice of none other than Jan Kleefstra, who once again, recites his poetry in the Frisian language. Romke Kleefstra is also present on the lineup that makes up the FEAN collective, but the rest of the project consists of Sylvain Chauveau on the “tuned percussion”,  Rutger Zuydervelt (that’s machinefabriek) on electronics, Annelies Monseré on church organ, Joachim Badenhorst on the bass clarinet, and accompanying vocals by Mariska Baars. This time, the album, which was recorded at the St. Thomas church in Ketlik (NL) was mastered by Lawrence English. The tracks on this sophomore release for the collective (the debut came out on Moving Furniture in 2018) are the result of improvisation sessions, drawing its inspiration from the ecological decay of peatland in the various parts of Europe. “Agriculture and peat extraction are threatening the landscape severely and with long term consequences. This forms the underlying thought for the improvised recording sessions.” Fans of Piiptsjilling and Ljerke will recognize the usual suspects behind this production and are guaranteed to pick up this laaps entry if they’ve purchased The Alvaret Ensemble release. The two albums feel like they’re two halves, which is why they’re also offered for sale as a bundle from the label.

We Were The Hum Of Dreams 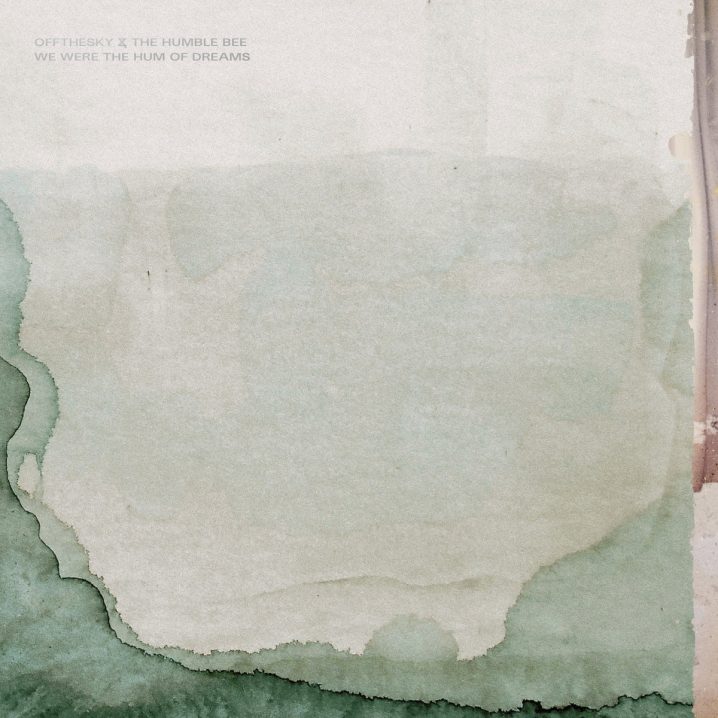 On the other side of Fean, we come out upon organic plains. The architecture facades of the cathedral have dissolved, and we are standing in a valley of acoustic ambience and delicate electronics. The continuity is present through the jazzy walks of the sax, courtesy of Cody Yantis and Rin Howell’s voice. The atmospheres of the record are stitched together by the prolific Jason Corder who is known as offthesky and Craig Tattersall, aka The Humble Bee, whom you may know from his work as The Remote Viewer, The Boats, and of course his very own imprint, Cotton Goods. For the third instalment in the laaps series, Mathias Van Eecloo invites the duo to continue upon their first collaboration, which came out on IIKKI in 2019, titled All Other Voices Gone, Only Yours Remains. “This second opus is a perfect continuity with their first collaboration, a delicate and detailed piece with a dusty out of time atmosphere.” This is a humming, murmuring, and chiming record, sometimes evoking little rumbles and the noises of the wind, and I find myself occasionally glancing at the spinning smokey vinyl, to make sure it’s not a piece of grime that’s making all this warbling sound. But then Rin Howell’s voice comes on, and I find myself unable to conjure her image, floating out into the spreading tints of distant mountains hued in watercolour, courtesy of Federica Jeanne De Luca. This is a lovely, Sunday afternoon record, full of tender moments, gentle voices, and lo-fi. Recommended for fans of electro-acoustic folktronica, from the likes of Marcus Fischer, Ian Hawgood, Tomasz Bednarczyk, Shuttle358 and Benoît Pioulard.

I’m going to pause here, and let you discover the further releases, including the one by Danny Clay, titled Ocean Park, and the latest by Tomotsugu Nakamura, titled Literature. And don’t forget to also dip your hand into the world of IIKKI – a dialogue between a visual and a musical artist released in two limited physical imprints: a beautiful art book and a disc.