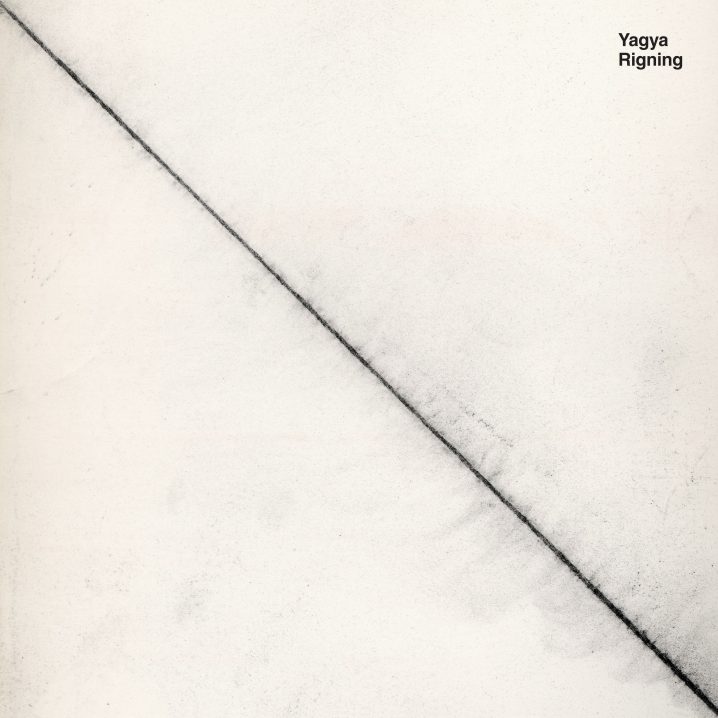 It’s raining. I drag myself out of bed onto the wet pavement for a daily headphone commute. The raindrops typewrite poems on my umbrella. Time to put on Yagya. After a certain point, I can’t tell if the sound of the rain is coming from the outside, or directly from my headphones. And does it matter anyway? The subdued dubbed-out bass patterns and swelling pad-sweeps gently guide me towards the slothful train against my will. And I trot on, splashing in the water with the beat. On the train, the sleepy commuters fog up the windows with their silent morning sighs. I wipe away their misery from the glass and stare at the rotation of the city life outside. The bus picks up its passengers. The lights change from yellow to red. People follow predetermined routes. People don’t look at each other anymore. Yagya carries the humanity forward. One beat at a time. Yagya carries me with rain.

Rigning (2018) is the remastered reissue of the third full-length album from Icelandic producer, Aðalsteinn Guðmundsson. The original release appeared back in 2009 on the Dutch label, Sending Orbs, which has also put out Guðmundsson’s Will I Dream During the Process? in 2006. The now-defunct Sending Orbs was also a label which brought us such amazing artists as Kettel, Secede, Blamstrain and Legiac. Alas, that era of that electronic music is only in my memories. Thankfully, we have Amsterdam-based Delsin to bring us this beautiful 3×12″ repress.

“Rigning,” which means “rain” in Icelandic, is still one of the most beautiful ambient dub-techno compositions to date. But let’s not put the emphasis on “techno”, since the background pulsing beat exists purely as the rhythmic glue around the constantly moulding wet structure. From the beginning to the end, the album is a conceptual piece wrapped around variations on the main theme, from simplistic track titles (counting up from one to ten) to the careful selection of atmospheric elements, to the delayed dub minor chords, maintained in perfect harmony. It is an album you must hear in its entirety, over and over again, as I’ve heard it for the last nine years.

Yagya’s style is always patient and slow burning, his grooves are long and drawn out and his pads reach up into the heavens. This whole album in coated in a warm fuzz and is a real comfort on dark, long, cold nights.

Appearing for the first time across three twelve-inchers on Delsin (previously available only as a double pack with eight tracks), this newly remastered version sounds a lot punchier and fuller, which is precisely the sound you want for the genre. This is indeed one of my absolute favourite albums, which has clearly withstood the test of time. Highly recommended if you like Gas, Biosphere, Intrusion, Echospace and that Basic Channel sound. Be sure to also pick up Yagya’s previous releases, Stars And Dust (Delsin, 2016), Sleepygirls (Delsin, 2014), and Rhythm Of Snow (Force Inc., 2002). Yagya also has a new Fifth Force EP out on the Exos’ X/OZ techno imprint.