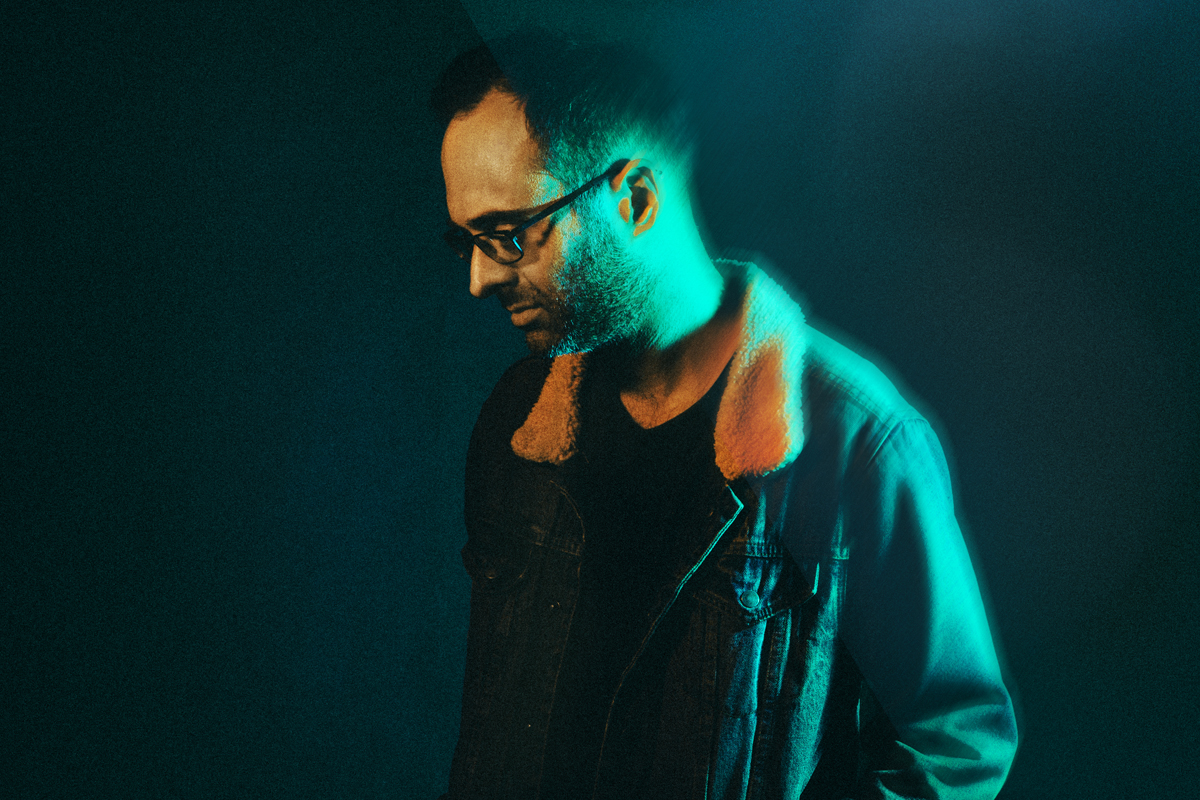 Hey Luke, how are you and how is Australia?
Hey Mike, I am well – it’s cold here, not European winter cold, but buildings aren’t as well insulated in Melbourne as over there. At least the sun is out today!

I remember us [privately] discussing your decision on signing to a big label like Mercury KX. So? How has it been?
It’s been really good. There’s a place for both major labels and independents, and they each have their respective advantages and disadvantages, but for me, it was the right decision. I felt I’d hit a bit of a ceiling in terms of expanding my audience, and that I needed some help in growing beyond what I could do as a self-released artist. (Of course, we can argue whether growth for growth’s sake is a useful goal but – that would make this interview a lot longer!)

There’s been a renewed conversation on the bridging of modern classical and electronic music. Even the Financial Times is jumping on a bandwagon these days talking about the “Neoclassical Superstars”. What are your thoughts on this subject?
I did read that article (indeed you can read some of my thoughts in the Cusp article that it references). I think it’s great and – I’ve no shame about desiring at least some audience: to me, a big part of being a composer and performer is being able to share the fruits of one’s labours. I think there has always existed instrumental music with a mainstream audience, though – the current crop of artists is really today’s equivalent of, say, the 70s ECM crew of Keith Jarrett and Pat Metheny. I do agree with the other thoughts in the article: like Eleanor Ward, I too can get bored with all the arpeggiated piano music, but then the challenge is to do something that takes a twist before it gets too sentimental or repetitive (which Philip Glass and Max Richter are excellent at; of course, their music is much more diverse anyway). And like Robert Raths hints at, whilst streaming playlists have been good for audience-building in the abstract sense, my experience is that it doesn’t translate so well to “bums on seats”. That requires persistence, touring, press, luck, all the usual things.

“Prelude For a Single Voice” is a very interesting choice for an opening track, which is very different from the rest – what was your reasoning for including it on the album?
That’s a good question as we did consider leaving it off, as the subsequent track “Bear Story I” is its own sort of prelude, and it arguably doesn’t make sense to have two adjacent. But there are a few reasons for including it, beyond liking that particular improvisation: I enjoy the idea of implying harmony without polyphony, and in its use of voice leading I don’t think it’s all that different to Hymn or I Still Dream About You, Sometimes But Not Always.

When composing pieces for Open Heart Story, did you have a full orchestra in mind?
Having made many recordings of small ensembles in less than ideal rooms, I’d been thinking about writing for and recording a larger orchestra for some time. After all, a 23-piece string section in a beautiful room is almost impossible to make sound bad! The record started with a bunch of improvisations I recorded at Martyn Heyne’s Lichte Studio: at the time, I wasn’t sure if these would be demos, a solo piano EP, or the beginning of an album. It was listening back to some of the tracks, particularly Hymn (which you can hear in both versions on the record), that convinced me to make this a record with strings.

What are some of the other advantages and challenges when recording your compositions with an orchestra?
In terms of the actual recording process, one thing that was great about the most recent record is that the string recording session itself was actually pretty stress-free – I didn’t have to worry about playing any wrong notes, because I wasn’t playing any piano (those parts were done separately), nor was I conducting. So really the only challenge was making sure I was well prepared, that I got everything I needed to be recorded, at the right tempos, etc. Nothing was done to a click nor were the orchestra wearing headphones, which I think gets a better performance, but can make editing between takes trickier. Finally, orchestras (and the rooms you need to record them in) are expensive, so this preparation is not to be underestimated. Another advantage of a larger ensemble compared to, say, a string quartet where you have only one player on each part is that – everything sounds lusher and, and, you can hide bow changes a bit better when you have long notes or slow tempos.

What are you working on right now?
I am working on the music for a film by a young Australian director, Matthew Thorne. You can see one of the stills below. It’s absolutely exquisite looking. And it is great to work with someone who understands music so well and has such strong ideas about the direction and instrumentation. 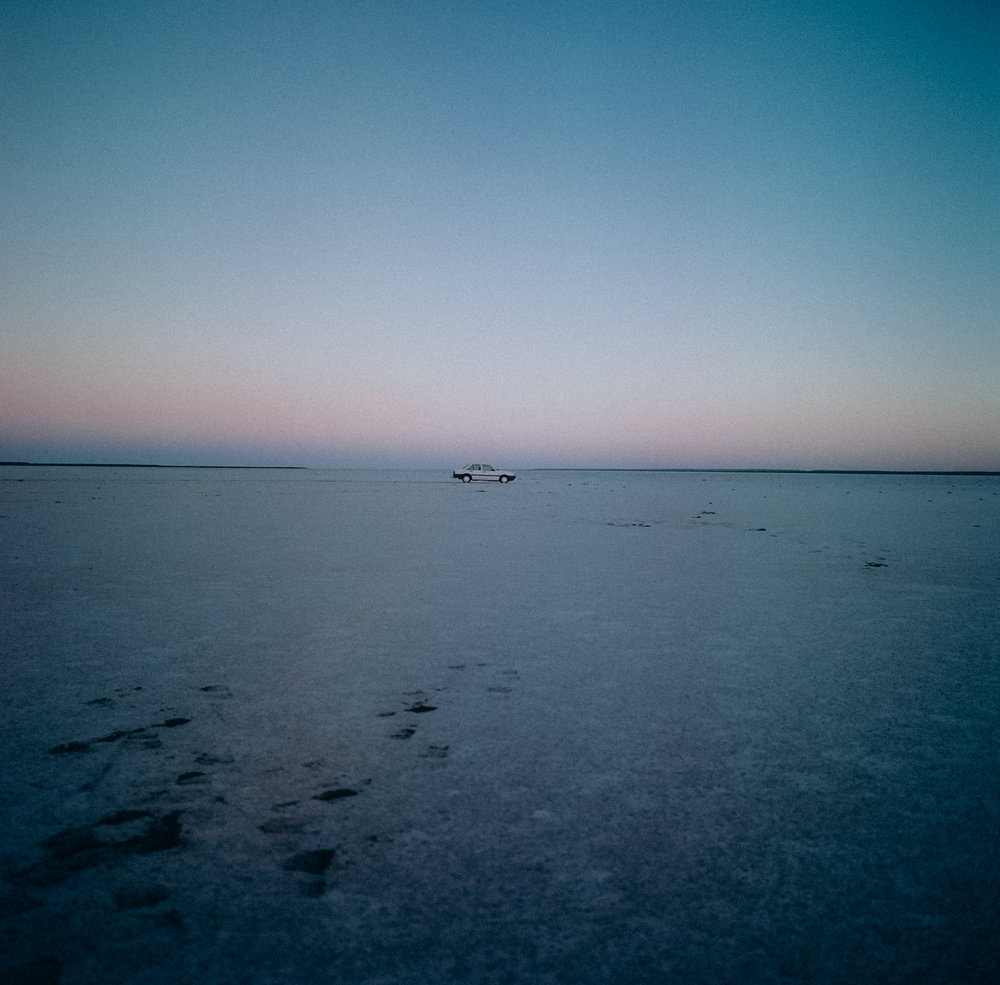 We’ve had a nice “In the Studio” chat back in 2014 and I hear you’re building a new one – can you share some of the new toys and the setup that you’re making improvements on?
Well, the biggest improvement is that it’s not my bedroom anymore! It’s a room designer by both an architect and acoustician, it’s a decent size (just under 30m2), and it’s reasonably well isolated (you can still hear a jackhammer on the sidewalk – I know this from experience – but fortunately that’s a fairly rare occurrence!). The biggest benefits are psychological (separation between work and home) and practical (I can leave things setup without tripping over and breaking them!). But you know, otherwise, I don’t think my setup or workflow has changed heaps. Writing music is the same as it always was: sometimes crazy easy, other times astonishingly difficult; a balance between moments of inspiration and hours of moving pixels around.

In terms of toys, well, most of my pennies went to fitting the place out so I wasn’t able to buy too many new things! One of my favourite purchases though was a beautiful desk (as in, the furniture kind), designed by Thomas Jouanjean of Northward Acoustics. (If I ever build another studio in my lifetime, and I can afford it, he’ll definitely be designing it.) Thomas is a fascinating person too, very interested in the interaction of psychology and acoustics as they pertain to critical listening rooms.

I also took the opportunity to upgrade my monitoring to ATCs which are – I think, the monitor you end up with once you’ve tried everything else and are ready for the truth! They’re not very flattering, but neither are they fatiguing. Like Northward above, ATC is a company run by people who are down to earth, passionate and extremely knowledgeable.

The brain does adapt to its listening environment so, it’s definitely possible to overthink things in search of perfection, but conversely, it’s also very nice to work in a room devoid of significant acoustic problems. (Which reminds me: we started mixing Open Heart Story in my old bedroom studio, and my longtime mix engineer Hadyn Buxton was pulling out all these frequencies and I was thinking – surely an orchestra recorded in a great hall does not need any of this? Turns out he was unconsciously compensating for all the deficiencies in my room. And after I measured it, if somewhat unscientifically, those frequencies were exactly the room modes. There was no doubting his ears, nor the fact that my room was totally unsuitable for mixing! We moved to his studio shortly after.)

Beyond that, although I do have some nice compressors and reverbs, and a couple of synths, really the bulk of my work happens either with acoustic instruments or inside the computer. I think the new environment simply lets me work faster, and have more fun in the process.

When will we see you back in the States and Europe?
No plans for the US, but will be back in Europe in November – dates are here.