Tirelessly laboring over my Best of 2017 selections I realize (as I do every year) that although I’ve listened to a lot of music, there’s never enough time to properly cover all that I’ve heard. A perfect example of that is when I compile my lists and discover that many of my favorite albums didn’t get a chance to appear on these pages. And that’s what this column is for – a quick flashback as I rewind and fast forward through many releases, that shall remain timeless and void of all dates. 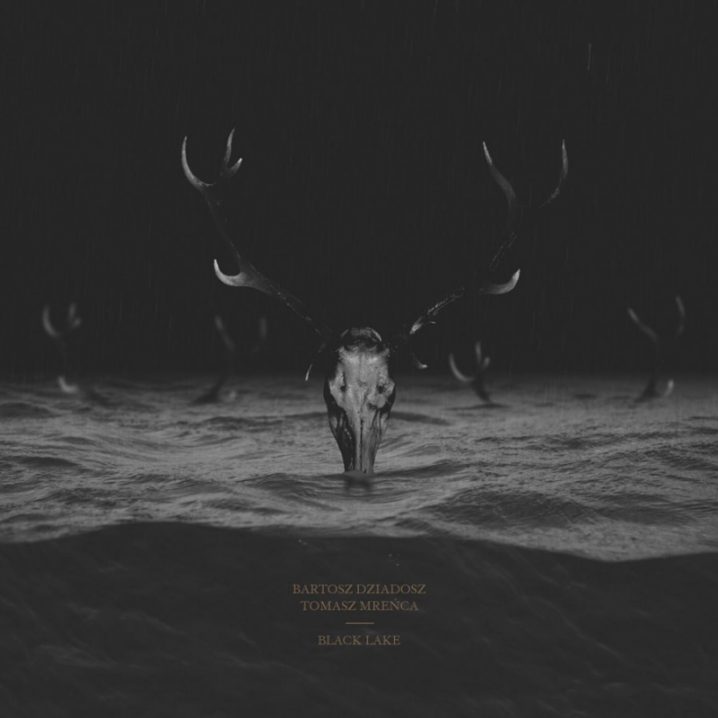 I feel like Bartosz Dziadosz needs no introduction. This Polish composer, mostly releasing under his Pleq moniker, has been appearing on my rotations since 2008. Dziadosz is pretty prolific, somehow finding the time not only to produce his solo works, collaborate with many noteworthy artists (see the albums with Spheruleus, Philippe Lamy, Hakobune, Segue, Giulio Aldinucci, and offthesky, to name just a few), but also land his hand at curation of Dmitry Taldykin‘s Moscow based Dronarivm imprint. In a slight contrast, Tomasz Mreńca is a bit of a fresh name to me. I’ve previously heard his collaboration with Tomasz Bednarczyk as Venter and even released a piece by The Frozen Vaults, which he was a part of with Dziadosz, and yet Black Lake is a whole other journey of which I’m in awe. This is a slightly dark, ghostly, and nearly religious noir-fi, full of orchestral progressions, field recordings, gloomy soundscapes, and shuffling noise. The eight compositions are of cinematic quality, evoking nocturnal whispers which echo their nostalgic cries. Perhaps the most surprising attribute of this gorgeous album is that it appeared on a previously unknown to me Requiem imprint, a Polish “underground” platform of alternative music, promoting various genres for over two decades (it has also released Jacaszek‘s Kwiaty in 2017). Black Lake is a must for any fan of cinematic darkness – don’t let this one slip through… 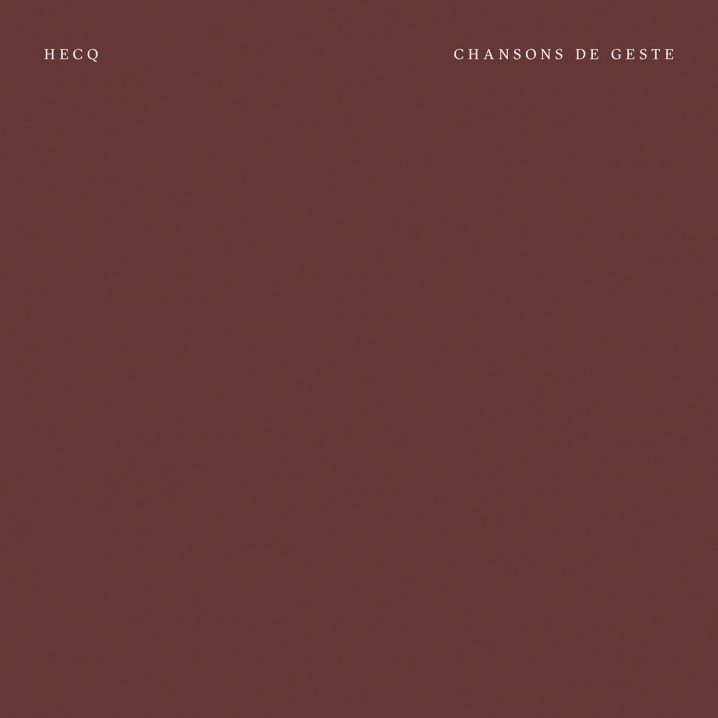 Since we’ve already opened this door, I guess we’ll just have to go in. So let’s keep walking. Chansons de Geste by Ben Lukas Boysen, aka Hecq, is an extraordinary exploration into the dark corridors of dusty grooves, forgotten souls, and disintegrating thoughts. This collection of noir-fi, tape-hissing, neo-classical ambiance, in the vain of William Basinski, The Caretaker, and the symphonic loops of early Biosphere, is a mesmerizing journey through the abandoned music of the yesteryear, where it only lives with all the memories of the deceased. On Chansons de Geste, a tragically abandoned Victrola is reverberating its story late into the night, painting an eerie apparition with a residue of sound. Indeed, the process of recording this album shines a tiny ray of light on its output, illuminating the dust slowly settling on the deserted pew. Compiled of classical works, originally recorded on tape by his family members decades ago, Boysen reassembled passages from Bach and Brahms into more tape loops, which were, in turn, [re]captured playing back inside a church. “The hypnotic loops and dots transfer an atmosphere of grandeur and melancholia to those who are aligned with the album’s concept as well as to the unprejudiced listener.” Charming, captivating, and smart. 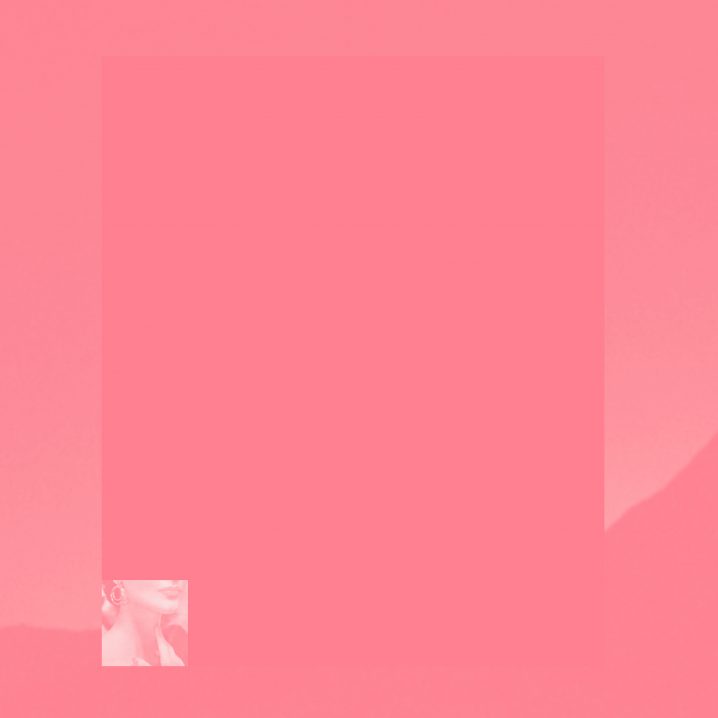 I am happy to acknowledge that Richard Chartier‘s alter ego, Pinkcourtesyphone is here to stay. This project has not only grown from its initial experimental phase but has developed into a well-rounded concept that grows stronger with every release. Indelicate Slices is the ninth full-length (there are about half a dozen singles and EPs as well), appearing on Lawrence English‘ monumental Room40 again. There are some ominous and spooky moments on the album, feeding my ears and psyche with a thin layer of delicacies, intended to be consumed with a glass of suburban opiate cocktail. The longer tracks on the album (at 9, 25, and 12 minutes respectively) are intermixed with their “shorter” vignettes, but it is the slow unraveling pieces that make your listening experience all the more worthwhile. Like the “Minimumluxuryoverdose” that opens up with a creaking door and gradually descends into a bass-punishing vibration of nothingness, deconstructed into its subtleties, minimalism, and barely audible vinyl clicks. “Suspended in that lush, lonely feeling, Pinkcourtesyphone implores you to hang breathless on the line, above the chandeliers in shimmering stasis that belie those desperate, shadowy passions underneath.” This is Chartier at his absolute best, combining reductionist microsound with a noir-fi thick cloud of pink. An absolute must. 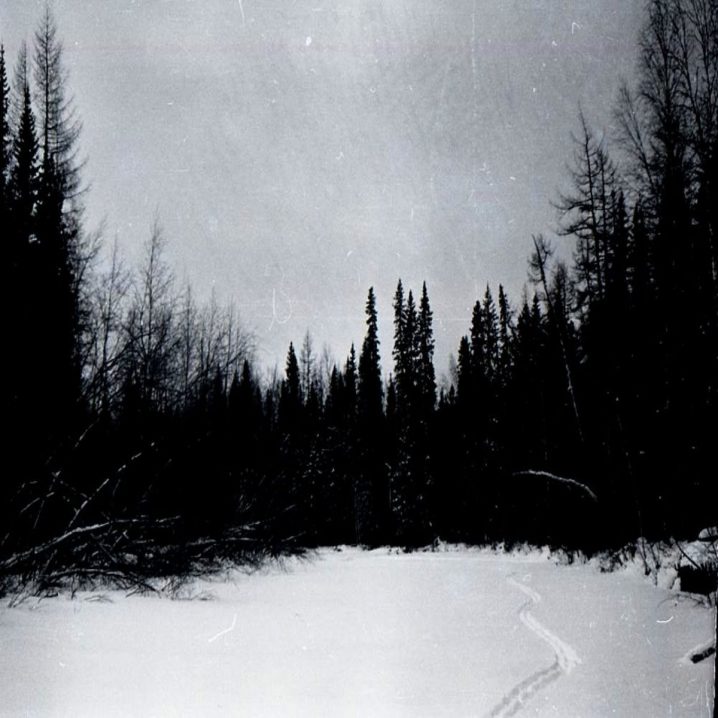 We’ve finally arrived at the most minimal of all my noir-fi selections in this column (and indeed of the entire year), an album by Sana Obruent, titled after the Dyatlov Pass incident, an unsolved death of nine ski hikers in the northern Ural Mountains of USSR in 1959. Although the mystery of what caused this experienced group flee their campsite in the middle of the night, inadequately dressed for the sub-zero temperatures, and subsequently freeze to death, is at the very end of the actual story, the album’s sinister motifs begin with “The Preparation”. Here, haunting ambient drones are drowned out by the surface noise of what sounds like either an ancient shellac 78s or a corroded phonosheet of a flexi disc on which the only sound preserved is silence. The theme of a fear-filled tale continues with the echoes, illusions, and aural phantoms of this terrifying journey deep into the night concluding with the “End,” a nine-minute piece of menacing looped sub-sonics. The first time I put on Dyatlov I made the unfortunate mistake of falling asleep to the album on my couch in my studio (a preferred configuration during a weekend active/passive listening sessions). I remember waking up completely drenched in sweat. A feat no other album has achieved. Of course, I asked for more…