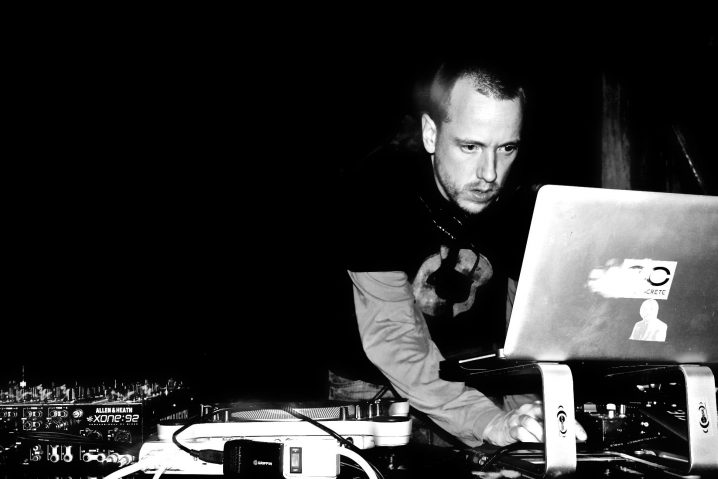 Lets start at the very beginning. Can you tell us how you got involved in composing, and what was your very first piece of gear?
I have always known that I wanted to get into music, and I always had a preference for instrumental music. My mom would play “the shadows” a lot and I really liked that when I was young.  My brother is a couple of years older and he bought his turntables when he was 15. I was 11, so when he was not at home I would sneak into his room and spin some records. At a later stage he bought an Ensoniq sampler and I couldn’t resist messing around with that as well. I can remember I was working on a track called “spatial convolution” for the Funckarma output we released together. One day I was working on it while he was away, and he walked in on me when I was working on it. He was mad and impressed at the same time :).

How many different studio iterations have you gone through, and what does your final setup look like right now?
Not that many, the heart of the studio are my monitors, and everything is always built around those. The monitors are big and they need the length of the room for the bass to be a bit steady. I have 2 desks: one with my computer monitors in it and the speakers besides it, and another desk with my laptop and a couple of hardware controllers. 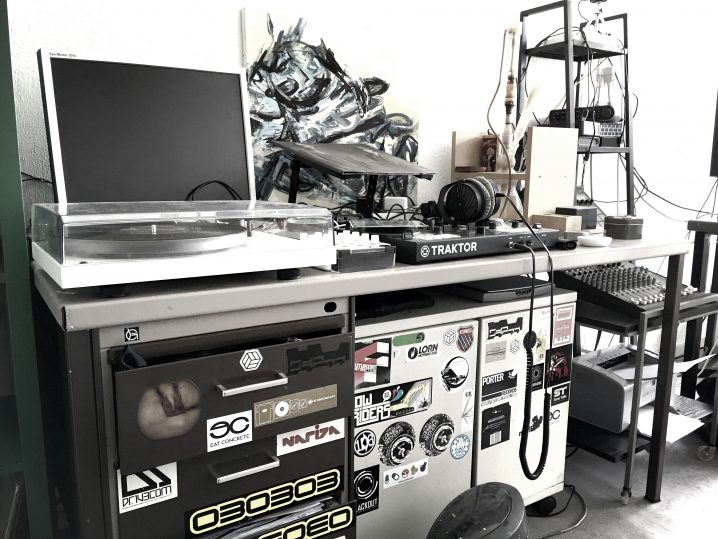 Tell us about your favorite piece of hardware.
I really like the The RSF Kobol. My friend with whom I made the Legiac stuff with owns it. The kobol was a French synth company’s first compact keyboard synthesizer, certainly inspired by the Minimoog. Its sound is one of a kind and it sounds like nothing else. It is used a lot in the Legiac stuff.

And what about the software that you use for production?
I did the conservatory, a direction that is called Sonology, and all computers there (all Macs) were running Protools, so I just got stuck with that. It really has something to do with how Protools handles audio. I just like to cut and shuffle with audio parts the same way you would do with MIDI. I just like the straightforward approach of it. When you render audio with plugins you immediately see the result in the waveform and so on. 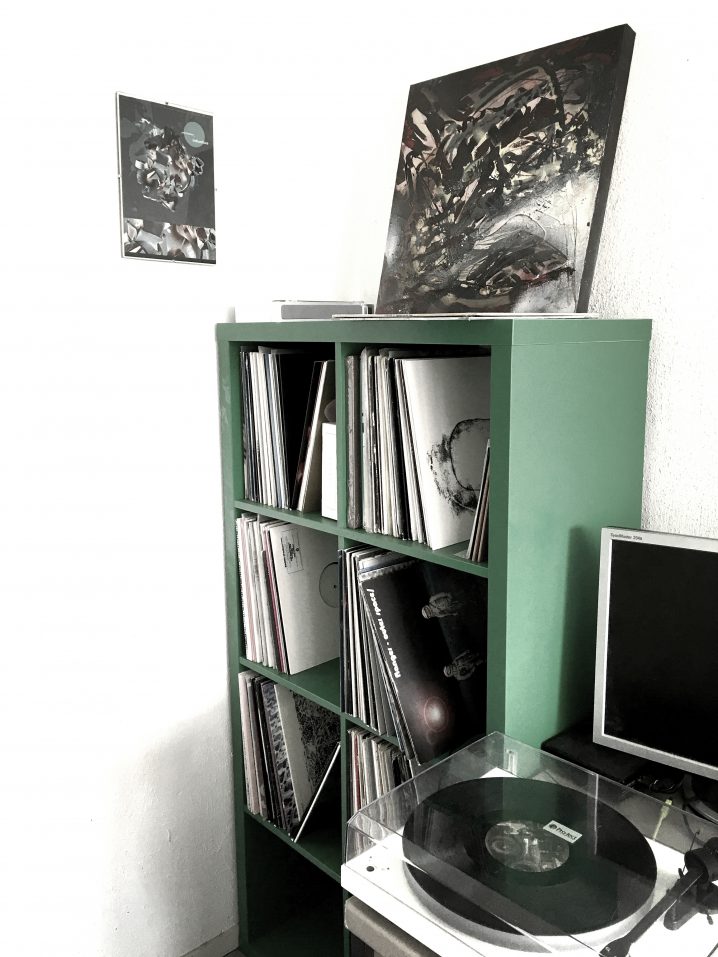 Is there a particular piece of gear that you’re just dying to get your hands on and do you think one day you’ll have it?
I would love to own a Kyma synthesizer one day. Kyma is an unbound environment for creating sounds that have never been heard before. Kyma’s effectiveness arises from its unique set of algorithms, the ease with which you can create endless combinations of those algorithms, and the unprecedented degree of real-time responsive control over the sound parameters.

Can you please share some aspects of sound design in your work?
I always do and always have done micro edits in the sounds. I really like to divide all measures into 64 parts and juggle around with them, so no measure sounds the same as the other. Protools makes this stuff quite easy. Also I have the tendency to EQ out some bands in the mid section of the music I make, I like the low and the high aspect of sound, but the middle part is always the most difficult to keep pleasant-sounding on different systems. 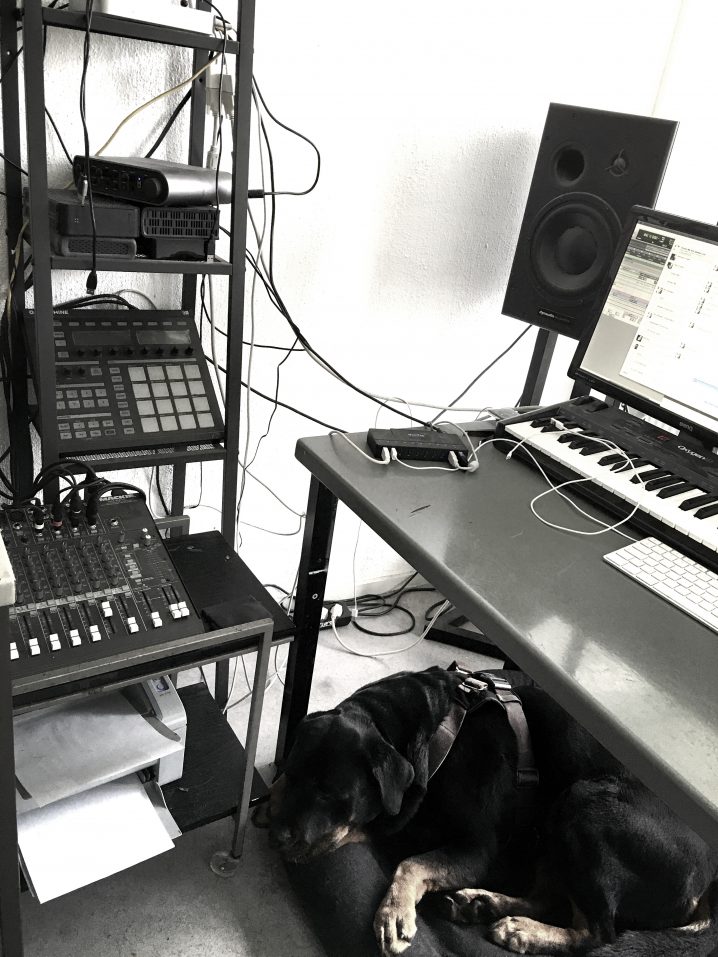 Any particular new techniques that you tried out for your new album?
I did a big package for Twisted Tools for their beat-generating plug-in called Ultraloops. I used a lot of my own patches generated by this piece of software. I recently bought stutteredit from Izotope which I really like. Also, I discovered Sugarbytes, they make nice sound manipulating plug-ins to quickly alter sound and patterns.

What does your live setup look like, and what do you bring with you when you travel for an extensive tour?
For live it is Ableton and a bunch of Novation controllers: Launch control XL, launchpad and the little controller. That is what I bring. I also do DJ sets and then I use a Traktor S2. 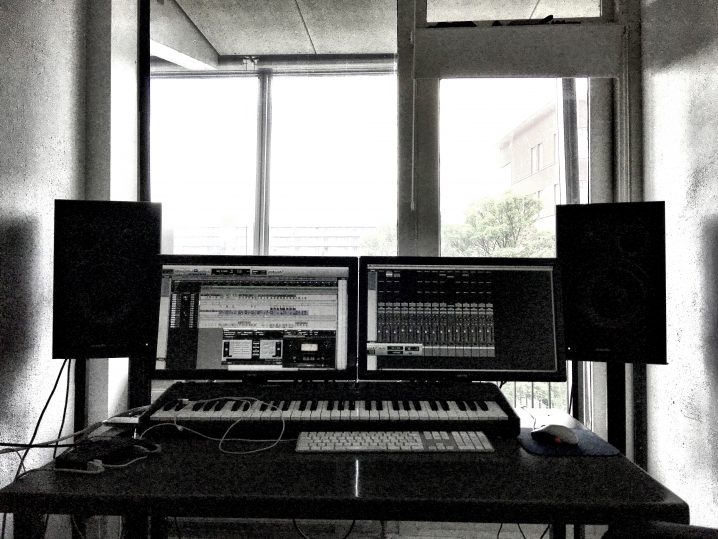 What is the most important environmental aspect of your current workspace and what would be a particular element that you would improve on?
I need to be able to look out of my window. I didn’t have that for a while and that really threw me off, so now when I sit behind my desk I can look at the sky. This is also the element to improve on, I would like to see even more sky and not look at an ugly building at all.

What can you tell us about your overall process of composition? How are the ideas born, where do they mature, and when do they finally see the light?
Most of the time, it is one certain element that triggers the starting point to work on a new track. This element can be a sound I made or that I have found, from some old music which I would like to sample for instance. I always listen to music, always analyze everything I hear, so ideas are created every moment of the day. I need to really focus when I’m in the studio, because in the right moment the creation of a track can go quite fast. I produce like 95% of the track in a couple of hours the final 5% will take a couple of days. 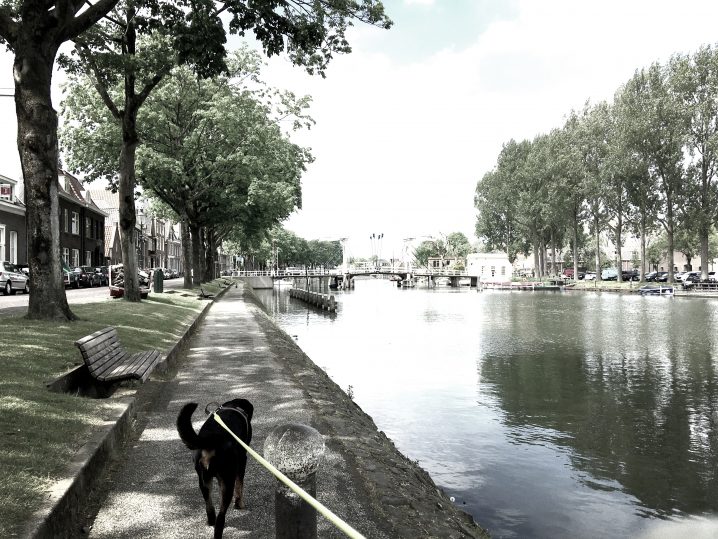 After the piece is complete, how do you audition the results? What are you reactions to hearing your music in a different context, setting, or a sound system?
I often send it to a bunch of friends and ask their opinion, plus I work as a sound technician in different venues, so I always play it really loud over there to hear how it sounds.

Do you ever procrastinate? If so, what do you usually find yourself doing during those times?
Sure! Vape weed, drink beer or play the PS4. 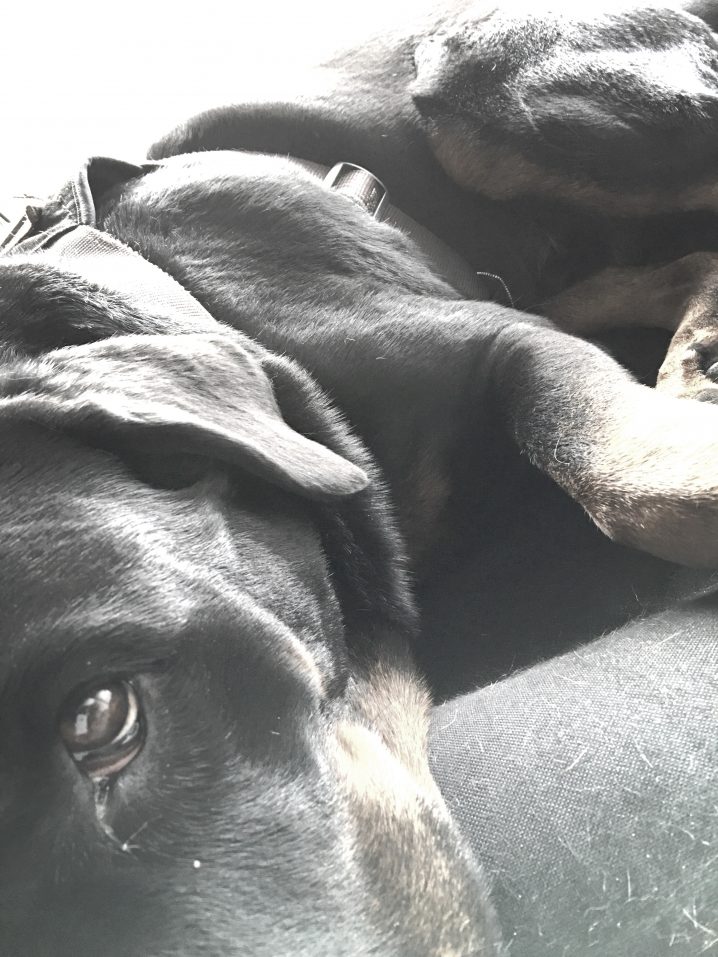 What gets you inspired?
Music, clouds, weed, alcohol, my mind, the rain, animals and my dog Mystro.

And finally, what are your thoughts on the state of “electronic music” today?
It is awesome! There is so much good music out there, its flabbergasting! Nowadays it is really coming from everywhere. To mention a few names: Rival Consoles, Generate, Ard Bit, Eedl, Floex, Bersarin Quartett, Syl KougaI — if you never heard of them, look them up and give their stuff a listen. 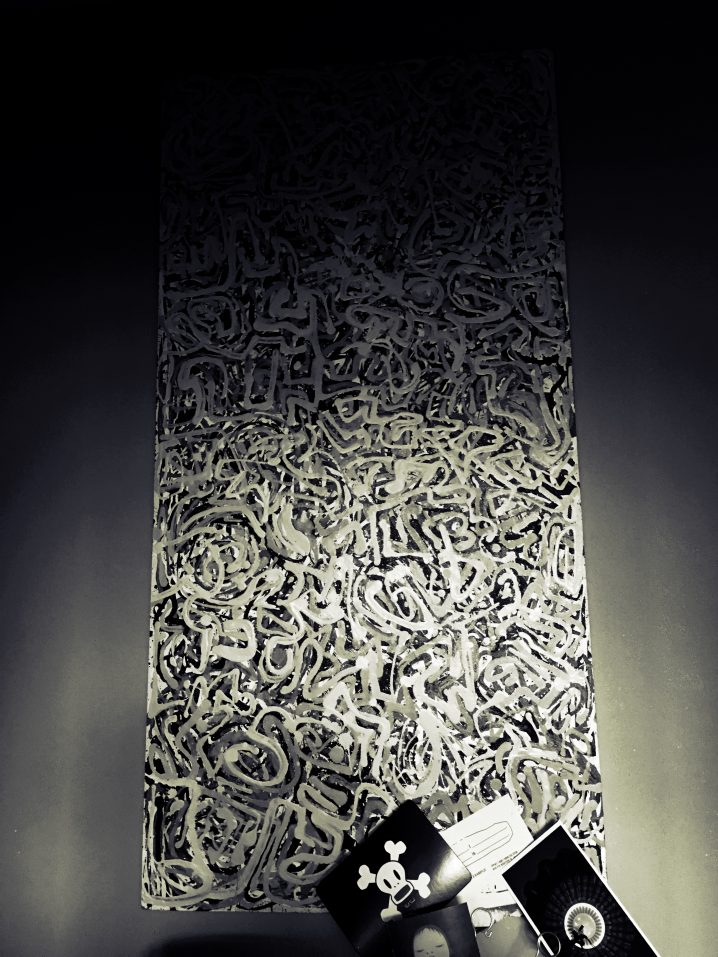