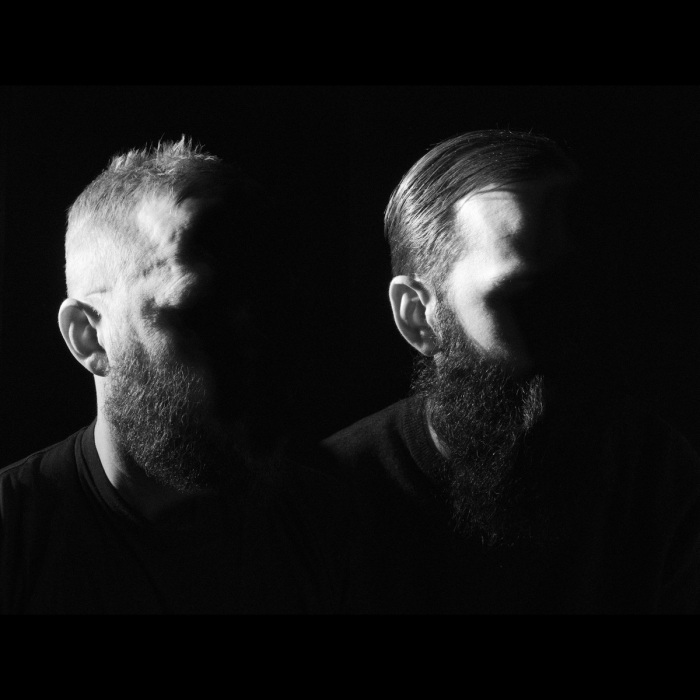 Congratulations on the new album, it’s really incredible. I love how there is a new direction; it’s similar in ways to the previous two records but the narrative has changed, in terms of the ground you cover.
Malcolm Pardon: Well I’m glad you like it.

I’d love for you to discuss the aims from the outset, for example I love how there is an added use of strings on ‘Until Silence’, mixed with the usual piano and synthesizers.
MP: Yeah, well we had an idea about kind of moving from these two characters on the second album, ‘In Dust’, they were placed in a kind of industrial scenario and so, on this one we tried to sort of, move them forward a bit in history and ended up somewhere around the First World War. And then at the same time, strings felt like an appropriate instrumentation for that period and that kind of drama.
Peder Mannerfelt: Also to try to broaden the emotional palette you know, make it bigger.
MP: And also, we didn’t want to add more synthesizers or more piano, we wanted to bring something else into it and so that was a good arena.

Another wonderful hallmark of the album is the huge range of emotions. Similar to your previous albums too, I love how there is even more of a range between the soft, tender or more gentle moments to the more intense and chaotic moments.
PM: Yeah that was the idea to try and broaden the horizon and get it to peak at both ends; more destructive and emotional as you say.
MP: We felt on this one we wanted to be a bit more emotional, be a bit more dramatic at the same time you know. A bit of a bigger difference.
PM: Pushing everything to the extreme.
MP: The strings are always a good tool for the kind of emotions.

As a duo who create their own unique blend of music, I would love to gain an insight into the creative process involved? Is it usually a case of beginning with an idea or a piano line. It amazes me how you end up creating the music you have in the end.
PM: Well to be honest we don’t really know either [laughs].
MP: It’s a bit of a gamble you know, for every good idea there’s a bad idea as well, you know. So we don’t really know anything until we start working on a song and that’s always the same. Try keep it, you know to have no pre-conceived ideas. Rather than just sit down and work on something, it might be like, if Peder comes up with a sequencer of some sort, I try to play along with that and so, we try to keep it sort of improvised. Obviously when we put it together it needs to be organized.
PM: The first sketches is getting something in. Then if it sticks and it’s something that we can feed off each other and it kind of evolves, and this album was a long process and a lot of editing, layering, stripping back and arranging. We don’t really know what we started with or the original idea.

I love the album-title itself. It’s similar in a way to the previous album-title but it’s a perfect title for the music.
MP: Yeah, we usually don’t have the title until we have the sound, you know, really way up towards the end and this also came then. It just fits the sound in a way. It has something that’s almost dramatic to it which we really felt especially.
PM: Yeah, it continues until the end.
MP: We really like looking around for ideas and there was like a book that someone wrote around the First World War — it wasn’t called ‘Until Silence’ but it was something really similar — which we had. We were toying around with phrases that came especially from that era and this is a mix of our own ideas and things that just came out from looking around the internet and stuff.

I was very interested to read – I think it was in relation to ‘In Dust’ – how you work on the album like it’s one giant piece?
MP: Yeah, definitely, and I think we both feel that every song needs to have a relation to the one before and you know, they work as a whole, like a narrative almost.

Yeah and actually listening to your albums I feel it’s like those silent films from the 20’s or 30’s and that it could be a soundtrack to those kind of films.
MP: Yeah yeah, that’s what we feel as well. That’s what we’ve been discussing. It’s like we write a soundtrack to a non-existent film.

It’s very interesting too as a duo, I suppose for you Malcolm, you have a background in the film-score elements and Peder is with the more dance or techno oriented sound. Well I’m sure there’s a cross-over between you both naturally but it must be cool having your own projects outside of Roll The Dice and feed it into the band then?
MP: Yeah, totally.
PM: Everything feeds back and forth in what we do like everyday work or DJing or whatever, it kind of feeds back and forth. Yeah it’s nice to have that outlet together because we don’t usually work together on a day-to-day basis but we share the studio, if stuff pops up then we put it into the project.

And do you know in terms of the instrumentation, I wonder did you begin your musical explorations with the synthesizer or was it the piano, or was it a bit of both?
MP: Good question. To be honest, I can’t remember. I think probably we had a discussion about — this is probably like six years ago or something — we should try and do something together but then we both felt that if we were going to do something that none of us have done together with anyone else before. And I’m not really a piano player and so that was one kind of first, to bring that into the world of the synthesizers and see if these two worlds can fit together. And we didn’t really think too much about it we just felt that the piano was an instrument that didn’t need too much assistance to make something work, you know. It’s not like a band with a guitarist and a bass player, we really wanted to keep it simple and the piano kind of melted in really nicely in that world.
PM: One of the ideas from the start was to not have many beats, not to have it beat-based and the piano was really good as well. So the percussive, one note on a piano can sound really, really good. So it can be so much more than just a note, trying to use the most out of a few elements you know, that was the idea.

That’s definitely what you get from the different albums. Like you were saying previously, on the new album it ends up being difficult to section different pieces because it does feel like one giant cohesive whole. I love how hypnotic the repetition of the piano notes, you know and this returns a few times.
PM: Yeah, well that’s always been the idea to keep it really simple. Although this album doesn’t come across maybe sounding minimal but the ideas are quite minimal really if you narrow it down and listen to each track, there’s not a lot of different components going in, it’s like the piano and a melody line and a sequencer and that’s it. The only thing is that it sounds big with the strings and everything, it is kind of orchestrated in a way but it’s still very simple.

I’d be curious to know more about your live show, is it just the two of you live as well?
PM: Yeah, exactly; it’s the two of us with a bunch of things playing, and we’re working right now with a visual artist as well, a guy from Argentina — he’s going to do a live visual and that’s going to be really, really nice — to broaden to whole scope with that.
MP: We’re not bringing a string section with us obviously and we can’t bring a piano either so we use a Fender Rhodes with a distortion pedal so it’s more electric than the albums I would say and a bit more, kind of raw, which is great. You know it’s still the same tracks we’re playing and everything you know, it’s just a little bit of a different texture.
PM: If no one stops us, we can stretch out the tracks pretty long. It’s really hypnotic for us when we’re playing as well; you get into it and twenty minutes go by without noticing it.
MP: The first gigs we did we wanted to play one track for the whole concert which we did, a track called ‘Undertow’ which we played for about fifty minutes for one concert and we really stretched it you know, forever [laughs]. But we can’t really do that now; we can but it’s more fun to play a bit more songs, you know. We play about five songs each gig and that’s about an hour fifty minutes, so they’re quite long tracks.

I guess you must have a big gravitation towards gradual music and you get that from the recordings too how there is this space for the music to go in motion.
PM: We always kind of do one track with an extremely slow build-up kind of, crescendo all the way until the end, and it keeps on building.

What records have been big for you for the last while?
PM: There’s one record I’m listening to by a girl called Klara Lewis released on Editions Mego a few months ago and Malcolm is really into that as well.
MP: I like the new Swans album.

Where do you see the next album going, in terms of the narrative, or is it too soon to say?
MP: Well usually that starts materializing in about six months where we’ll probably know where we’re at. It’s a little bit too early yet to know. Who knows? Big band, Glenn Miller [laughs]. Yeah, our next album is going to be called ‘Big Bang’ [laughs].

Be sure to read Headphone Commute review of Until Silence

Interview by Mark Carry of fracturedair.com
Republished with permission