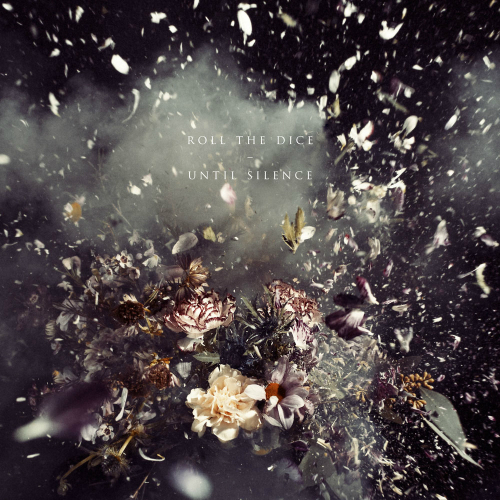 There is something dark and sinister in the atonal chords of Roll The Dice. I take a break from listening and double-check if it is the very same group which I covered back in 2011, when the second full length by Malcolm Pardon and Peder Mannerfelt, titled In Dust, was picked up by the Leaf Label. Indeed, it appears that the duo has gravitated away from the pitch-bent circuit-manipulated analogue-synth cosmic voyage to a more down-to-earth, organic, orchestral and out-right ominous sound. I am immediately attracted to the soundtrack quality of the album, because it is impossible to avoid the images forming behind the closed eyelids for which this music is the score.

Although it’s hard and unfair to draw comparisons, fans of Ben Frost, Tim Hecker, and Raime will find themselves enchanted by the raw force of sonic execution behind each sound. Add to that a 26-piece ensemble (with string arrangements by Erik Arvinder), and the heart-throbbing suspense cuts through each chord like a jagged power drill. The atmosphere turns up in tension and unease with “Coup de Grâce”, a favorite piece on the album, where the low register piano key pounds away at a fleeing spirit. The chase through this nearly industrial landscape abruptly drops as the protagonist of the story is left alone in a cacophony of pulsating bass, with “Wherever I Go, Darkness Follows” – a more than proper title for a dusky track, overcast with synth pads and piano chords.

The characteristic framework of piano and synthesiser is reinforced with a newly conscripted string section: dramatic arrangements grind against furnace blasts of static, and phases of unrelenting rhythmic intensity collapse into moments of frayed, fragile beauty. Roll The Dice’s most powerful and nuanced work to date, its tracks are by turns harrowing and searching, pushing the duo’s sound to monolithic, foundation-shuddering heights of ambition, scale and physical weight.

The low rumblings of sub-bass and brutal distortion are explored further, with “Someone’s Land” approaching some of the most dreadful in emotions touched upon purveyors of noise and physicality of sound, already mentioned above. The cinematic tendency of the album is also not completely accidental – Pardon is a professional composer for film and television and “has a natural flair for evocative composition and narrative arc“, while Mannerfelt has previously explored the outer edge of experimental electronics and rhythmic noise with his Lines Describing A Circle solo release on Digitalis (recommended, by the way, for fans of Mika Vainio). Combine the two together and, well… you get one of the best albums of the year.

In the postscript of this writeup, I must admit that it took me more than a few months to properly cover this album. This delay should not be attributed to my laziness or perhaps even dislike of the music within. In fact, it’s the complete opposite. Every time I listened to Until Silence I felt incredibly moved. And I listened to it a lot! And it is this totally immersive experience that required a very special kind of attention. A very special hour set aside to be fully encompassed, enchanted, and enveloped by the sounds that beckon you to stay entranced. Until Silence is a highly emotional journey, one for which you must prepare, each and every single time.