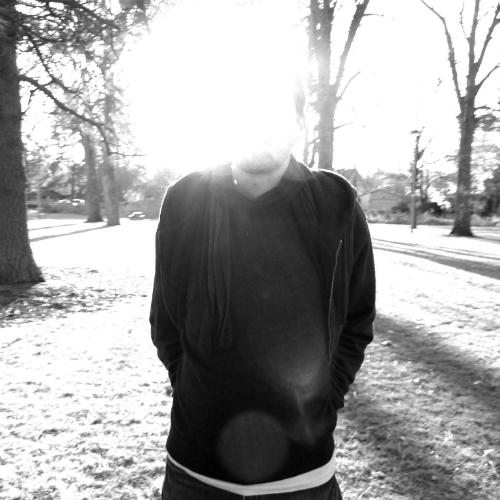 Hey Matthew. How is your summer/fall going? Doing anything fun before it’s over?
i’ve had a lovely summer [and fall] – the weather has been just gorgeous. as far as doing fun things – i was able to work on something out on the oregon coast right on the beach – i’m looking forward to sharing more details in the coming months.

I really wanted to ask you about the title of your latest album, Nightmare Ending. Where did it come from?
it is a double entendre that i created, i suppose – it is mainly about loosening restrictions on myself – but i really enjoy the contrasting feelings it creates.

How did this turn out to be a double-disk release? This may be a question for the label, but from the manufacturing point of view, wouldn’t there be some financial challenges in releasing a 2xCD at a “standard” album price?
i was not concerned with that – i was only concerned with doing what felt right and allowing the music to live and breathe. the label could maybe say something about the logistical part of it, i don’t know – but Temporary Residence has always been amazing about keeping things very reasonably priced and still creating beautiful and unique things – – it is one of the many things that makes them special and wonderful to work with – and part of why both artists want to be there and fans want to support them.

Following Similes, the album feels like a welcome return to the Eluvium music that many already love. Can you talk about the reception of the former and your feelings on returning to the latter?
people were very cautious of Similes – and perhaps at first it suffered a little bit because of that – but so many people are still discovering it or coming back to it and realizing that they have a connection with it, which makes me very happy —– Similes is such an important album for me and i’m extremely proud of it. As far as “returning to the latter”, i can’t really feel anything towards that because i don’t believe i ever left — sometimes people have a tendency to only see what is directly in front of them – and so from that point of view i could see many people seeing Similes as some major departure – but to me it is simply just another part of myself, or maybe the same things expressed in different ways – and i hope throughout my life as a musician i have many more opportunities to express myself in as many ways that feel natural and a major part of me while as well challenging me in new ways or perspectives. if people choose to not include Similes in the Eluvium picture purely because it has vocals, so be it — but that isn’t going to change my interest in pushing myself and pursuing what is of interest to me at any given moment – — that pursuance and that pushing of my self to do what feels right and what excites or challenges me is what has given me everything in my catalogue – and i wouldn’t trade any of it for the world.

You continue to work with Jeannie Lynn Paske on all of your album art. Can you tell us more on this collaboration?
we really enjoy each others art and company – she has a style that is very unique and it captures a wide array of emotions in a single piece – to me it fits with my music very well. our studios are right next to each other with our record room in-between us and it makes for a very creative and influential environment. we met working together at a record store and have always inspired each other since the very beginning – i knew that she was unique and insanely talented – and while driving up to see The Sounds of the Sounds of Science performed by Yo La Tengo one night – i played her some early music and we got to brainstorming on ideas of collaboration right away – so we ended up making a few stop motion movies together – years later we were married.

I’d love to see you perform live. Is there a chance for a tour?
i’ve had so many projects going on i haven’t had time to think about touring.  but i’m trying to focus on unique one off performances more than full on tours. i guess it might be a little dependent on where you live.

Back in early 2013 you mentioned that you are working on a new film score. Any developments on that which you can share?
i created original music for a film called For Thousands of Miles last spring/late winter — i haven’t had a chance to think about releasing the music yet — and i’m not sure what became of the film — it was a really wonderful work though – following someone who biked across the US and i guess some of the mental hurdles that go along with that – as well as feeling at home in that sort of environment– so it had some lovely narrative and absolutely surreal imagery — hopefully it gets released sooner or later – i’m quite sure many people would find it as moving as i did.